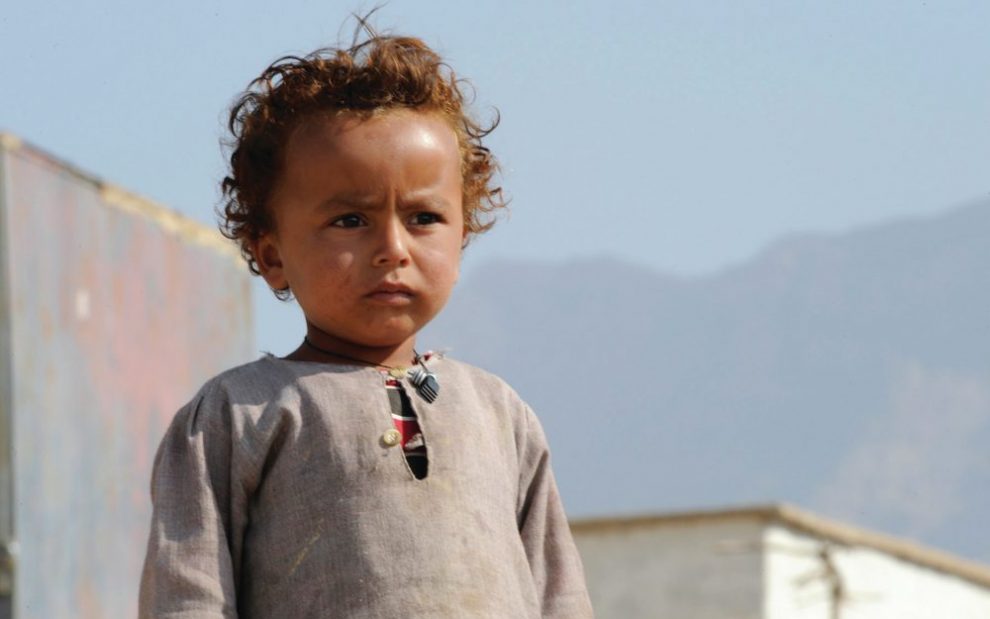 In the days following the fall of the Afghan government in mid-August, I found myself riveted by the photojournalism coming out of Kabul—desperate people clinging to the exteriors of aircrafts, huddled masses crammed onto the floor of a cargo plane. A small child in a red dress drinking milk from a bottle caught my eye, then two young boys in matching blue-striped T-shirts and a baby girl in pale yellow riding on a man’s shoulders.

In the moment this photo was taken, inside a U.S. Air Force C-17 as it evacuated families from Kabul to Qatar, none of these kids appear particularly alarmed or distraught. Perhaps that is the only comfort to the bleak reality the picture paints. Where will they go from here? What awaits them in the future? Does the child in the red dress know from where her next bottle will come? Is she going to be hungry as she seeks a new home?

The stories of these children are just a few within the far-too-long list of headlines reporting on the struggles of immigrants and refugees around the world. Yet it almost feels as if the prevalence of such reports has rendered them ineffective. As the adage suggests, a thousand words don’t do the situation justice or, as it may be, spur readers to pursue a more just world. And yet, there are singular pictures that haunt me, and their widespread use in digital media suggests they haunt others too.

We tend to romanticize images of an incarnate God birthed in a dirty stable, escaping violence across the Egyptian border, and even executed by the state on a cross. The circumstances of Jesus’ life were indeed bleak at times. Just as we’re prone to overlook the deep humanity with which Jesus experienced injustices in his life, we also often don’t consciously recognize the image of God revealed to us through persons suffering today.

But consciously or not, I think that’s why my eyes return to images like the one of the girl and her bottle aboard the C-17. These human faces don’t just reflect light into a camera lens: They reflect the face of God in the world today.

We see the face of God in 3-year-old Alan Kurdi, whose story captivated the world in September 2015 when the child’s dead body was photographed face down on the shores of the Mediterranean Sea. The imagery spurred international headlines and ignited global attention to the migrant crisis.

Nearly a year later, in August 2016, a 40-second video clip of 5-year-old Omran Daqneesh tugged at the world’s heartstrings. We see the face of God in Omran sitting alone in the back of an ambulance: His body is caked with dust, and his face is smeared with blood. First responders and debris whirl about him in the streets of Aleppo, Syria.

Perhaps in today’s hyper-literate world, the image is reclaiming the primary communicative role it was always meant to have.

Once again a camera lens, focused on the humanity of a small child, brought global attention to a ubiquitous reality. People previously silent were enraged by unnecessary violence and its effect on civilian families. Through imagery a sweeping global issue becomes a problem for this child, right now, rather than just for someone, somewhere, at some time. One child’s experience calls attention to the experiences of countless others whose stories remain untold.

“In the beginning was the Word,” according to the Gospel of John, but as Sigurd Bergmann claims in In the Beginning Is the Icon (Routledge), “When the Word became flesh . . . the sensuous, visible world became divine” too. Perhaps in today’s hyper-literate world, the image is reclaiming the primary communicative role it was always meant to have.

A snapshot of humanity breaks through the alphanumerical banter and compels us to look and really see God in the face of those who are suffering. Images of specific persons—unique individuals radiating the image and likeness of God—both reflect imago Dei and awaken our humanity. As human attention continues to be drawn toward images, it is imperative that we consider what those images reveal.