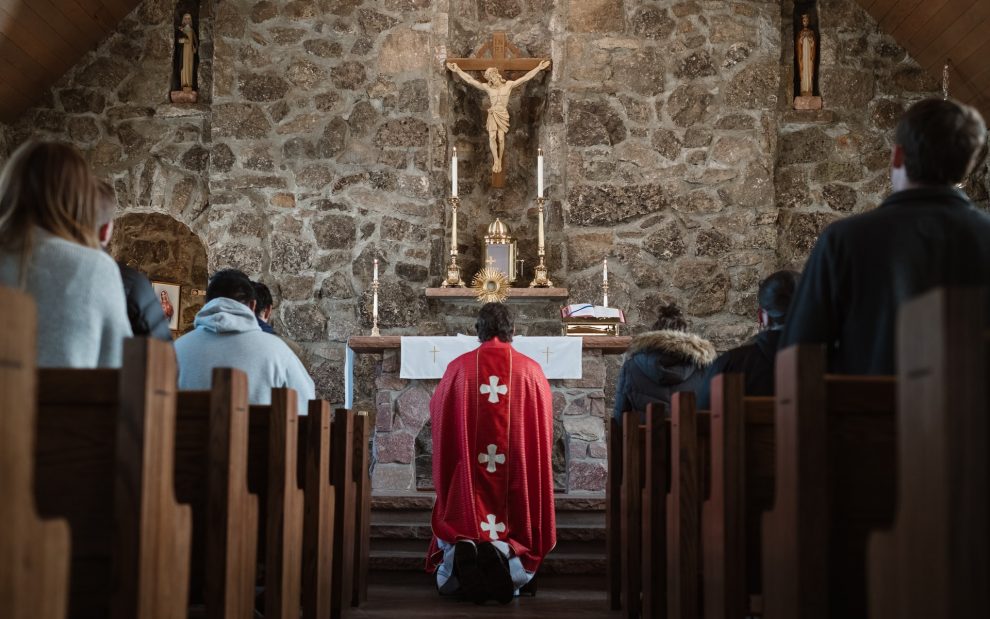 On July 16, 2021, Pope Francis released a motu proprio (akin to an executive order) titled Traditionis Custodes. If you have spent even 15 minutes on Twitter over the last three weeks, you probably know this. And you know that this motu proprio has something to do with Mass in the extraordinary form, which is often called the “traditional Latin Mass.”

The order reversed the permissions that Pope Benedict XVI had granted in his own motu proprio, Summorum Pontificum. Pope Benedict XVI’s 2007 document allowed any priest (without permission of the bishop) to celebrate the 1962 Missal of Pope John XXIII, the basis for the extraordinary form of the Mass. This missal was the last to be released before the reforms initiated by the Second Vatican Council.

Pope Francis has told bishops—the chief liturgist of the diocese—not to create new personal parishes dedicated to the celebration of the pre-conciliar liturgy. Priests now must seek permission to celebrate this liturgy. The pre-conciliar liturgy cannot be celebrated in parishes but must be reserved to shrines or already established personal parishes.

Both Pope Francis and Pope Benedict XVI issued these contradictory documents with the same goal: to inspire greater inclusion and unity in the Catholic Church. While Pope Benedict XVI’s motu proprio maybe didn’t achieve its purpose, the effect of Pope Francis’ will be determined not just by the circumstances of its release, but also by how Catholics respond to it.

Pope Benedict XVI sought to inspire unity in the church among those still attached to the pre-conciliar liturgies and those who celebrate the ordinary form of the Mass promulgated after Vatican II.

He sought to correct what he saw as a theological fallacy, namely the assumption that Vatican II introduced a rupture between the past and the present. Often, those who celebrated the reformed rites of Vatican II looked with suspicion on those still attached to the pre-conciliar liturgy. This rupture implied that our ancestors in faith were not inspired by the Holy Spirit.

Pope Benedict XVI also wanted to contribute to a mutual liturgical renewal between the two forms of the liturgy. The extraordinary form could benefit from some of the reforms of Vatican II, especially the liturgical calendar and vernacular readings. The reformed liturgy might be infused with a sense of the sacred often present in the extraordinary form.

Pope Francis’ motu proprio was promulgated after consultation with bishops throughout the world. Granting that the reformed rites are often celebrated without appropriate reverence, Pope Francis nonetheless determined that the experiment of Pope Benedict XVI did not work. Rather than lead to unity in the church, the presence of the two forms has only led to a fracturing of communion. Communities that celebrate the extraordinary form, according to Pope Francis, are likely to deny the validity of Vatican II, including the reformed rites. The solution of two forms of the Roman liturgy was not working.

Of course, like most ecclesial controversies these days, Pope Francis’ motu proprio generated a good deal of discord in the digital sphere. Many of those who prefer the extraordinary form felt that the motu proprio was unduly harsh. According to many who worshipped according to the extraordinary form, the pope who spoke so often of accompaniment was not willing to smell like these sheep.

And yet many bishops, priests, and laypeople have also heard “Latin Mass” communities condemn the post-conciliar rites, saying the extraordinary form is the Mass of the ages while the reformed rites of Vatican II are sources of heresy and Eucharistic sacrilege in the church. Not a few liturgists in the United States have therefore rejoiced at Pope Francis’ motu proprio, hopeful that such condemnations of the reformed rites are coming to an end.

What are we to make of these controversies? How does the average Catholic respond in a eucharistic way to Pope Francis’ motu proprio?

The purpose of the liturgy is fostering the unity of the church in Jesus Christ. Our common worship is about our vocation toward a divine love that surpasses all telling. Whether you delight in Pope Francis’ motu proprio or struggle to receive it, reception of the motu proprio should foster greater unity. Unity is not facile. It does not mean avoiding disagreement. But what binds us together is the love of Christ. That must be where we start.

For this reason, our discussion of liturgical controversy should be infused with charity or love from the beginning. The purpose of the liturgy is the glorification of God and the sanctification of the human person. Pope Francis’ motu proprio is not an occasion to dunk on your imagined enemy, in this case the supposed traditionalists who you might think deserve what they get. It is not time for the traditionalists to once more find a reason to hate the pope. We are called toward a common discernment.

How does the average Catholic respond in a eucharistic way to Pope Francis’ motu proprio?

Specifically, for those who worship according to the reformed liturgy of Vatican II, our fellow worshipper in the extraordinary form is not an enemy but a fellow member of the body of Christ. Their suffering (and many are suffering right now) is our suffering. Their sorrow, our sorrow. If the Eucharist does not cultivate this deep sense of solidarity with our neighbor, then we’re not receiving the gift of divine love aright in the first place.

The church must do a better job of understanding the attraction to the ancient use of the Mass in the first place. Even Pope Francis, I fear, does not quite understand what is happening in the church on this point.

Yes, there are traditionalists in the church who attack Vatican II and look down at those who attend the reformed liturgy. But there’s more to the story than this. Many of my undergraduate students attend the extraordinary form (some have even been married using the pre-conciliar rites), because it connects them to a tradition in which they find value.

They have been reared in an age in which speed and progress are the ultimate end. The Mass celebrated according to the 1962 Missal fosters a silence and contemplative posture that offers a respite from the acceleration of late modernity. They love to chant, listen to polyphony, and engage in devotional practices that allow them to take up a peculiarly Catholic identity in the world. They are engaging actively in their participation, even if it looks different than participation at my reformed liturgy parish. They are not rejecting Vatican II as much as worshipping in a way that allows them to encounter Jesus Christ.

I have attended conferences where those who love traditional practices are dismissed as rigid. Even practices that are still part of the church are rejected, including benediction of the Blessed Sacrament. The message is that they are not “our” kind of Catholics. Rather than seek to understand why someone would worship according to the 1962 rites, we have assumed the worst of our neighbor. Francis’ motu proprio should be an occasion of deeper understanding of why traditional liturgical practice is attractive to at least some people. It should lead scholars not to ideologically uphold the current rites but attend to a more holistic retrieval of the entire liturgical tradition of the church from the patristic era to the present day.

Traditionis Custodes requires us to attend more deeply to what constitutes active participation in the liturgy. The assumption has been that active participation means we sing the hymns, the priest faces the people (versus populum), everyone understands every text or gesture, and everything is in the vernacular all the time.

Whether you delight in Pope Francis’ motu proprio or struggle to receive it, reception of the motu proprio should foster greater unity.

But for some, the extraordinary form constitutes active participation precisely because the priest faces toward the east (ad orientem), turning with the people toward the Lord in a common act of worship. Are we willing to consider that there is a wisdom to that practice and allow it in our parishes today? Are we willing to allow chant and polyphony for those who are interested?

Both Pope Benedict XVI and Pope Francis call us not toward uniformity but unity in difference. After all, if there is space for a Black Catholic Mass or a mariachi Mass in a diocese, could there not also be room for a reformed liturgy celebrated in such a way that those who prefer the extraordinary form feel welcome?

This is going to require a conversion on the part of those who are guardians of the church’s liturgy, including pastors and bishops.

In other words, less schadenfreude and more eucharistic love.

Timothy P. O'Malley is academic director of the Notre Dame Center for Liturgy.