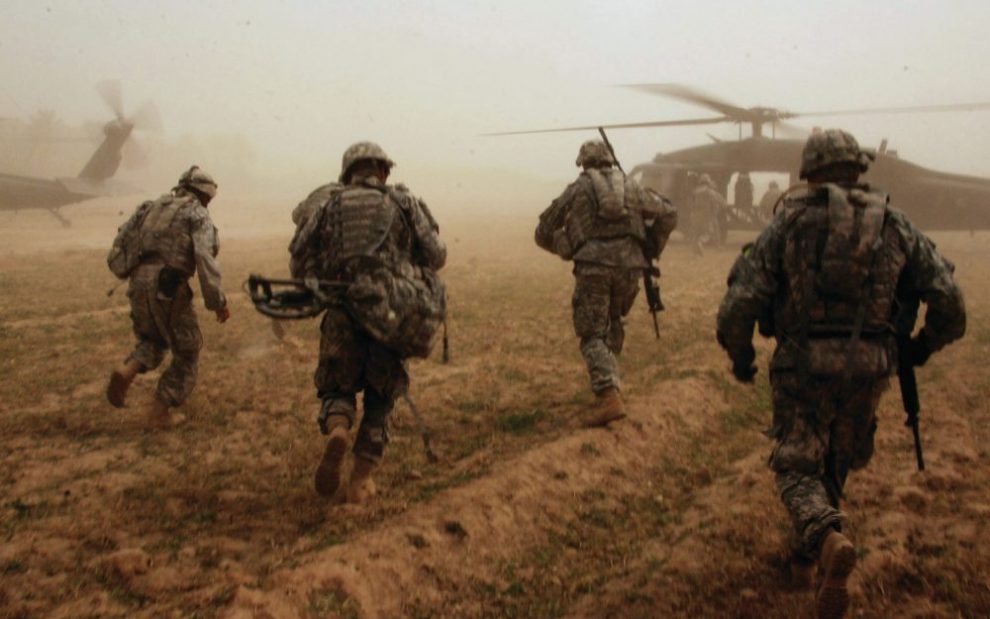 It will be easy on this anniversary of 9/11 to celebrate the courage of the people we came to know from that terrible day as the “first responders”—the firefighters, police, security, EMS, and other emergency workers who walked into the holocaust and did their duty while all others around them fled.

Our obligation to their sacrifice requires more than the somber commemoration of these heroes. Duty requires an unflinching review of the nation’s intelligence failures that led up to 9/11 and the wisdom and efficacy of the strategic response that followed it—decisions that were often clouded by incompetence, arrogance, and mendacity.

Our obligation to their sacrifice requires more than the somber commemoration of these heroes.

A U.S.-led coalition overthrew the Taliban regime in Afghanistan, which had harbored the Al Qaeda network that authored the 9/11 violence. Perhaps the entire U.S. response could have been deemed successful and justified had it stopped there. Sadly it did not.

President George W. Bush did not let this crisis go to waste, pressing a compliant Congress into delivering the demonstration war that he wanted in the Middle East. He believed taking Iraq from Saddam Hussein would be a cakewalk, an object lesson to other regional players that might be considering some form of harm to the United States or its interests. Bush ignored Colin Powell’s infamous “break it, you bought it” warning and the counsel of Vatican envoys who urged him to pursue alternatives to the suffering he planned to visit on Iraq. The invasion was sold on flimsy justifications that later proved erroneous or fabricated. The March 2003 cakewalk quickly mutated into a frustrating mire for the U.S. military.

It would probably shock many Americans who supported the U.S. intervention in Afghanistan and the later incursion into Iraq two decades ago to learn that the remnants of U.S. forces in both countries are only now finally making their way home. It has been a costly and sorrowful enterprise, destabilizing the region and unleashing new militant forces that went on to even greater violence. The waste in treasure and human life has proved as breath-stopping as those terrible moments watching the towers fall.

Researchers at the Costs of War Project at Brown University found that America’s 20-year war on terror cost more than $6.4 trillion. The lives of more than 7,000 U.S. service members and nearly 8,000 contractors were lost. Drug overdoses and suicide took an even higher toll after the soldiers came home. More than 250,000 uniformed Afghans, Iraqis, and other coalition service members were killed.

These numbers, bad as they are, pale in comparison to the civilian death toll. More than 335,000 civilians were direct casualties of the war on terror. Many thousands more died because of malnutrition, diminished health care systems, and other chaos set in motion by the conflict. Millions became refugees because of the instability and chaos the war engendered throughout the region.

In 1991 St. Pope John Paul II implored President George H. W. Bush to desist from the path of conflict leading to the first Gulf War, warning of “unheard-of violence and useless massacres” that lay ahead. He asked God to “hear the heartfelt appeal of all humanity: Never more war, an adventure without return, never more war, a spiral of mourning and violence.”

The pope’s wise, compassionate counsel proved devastatingly prophetic about America’s war on terror and the spiral of mourning and violence it unleashed.

It would have taken courage to have chosen a different path after the provocation and suffering of 9/11. We did not have that courage then. Twenty years later it is not clear we will have the courage to press for peace when that decision looms before us again. Why so meekly accept this adventure without return? Why bequeath it to our children? Never more war.