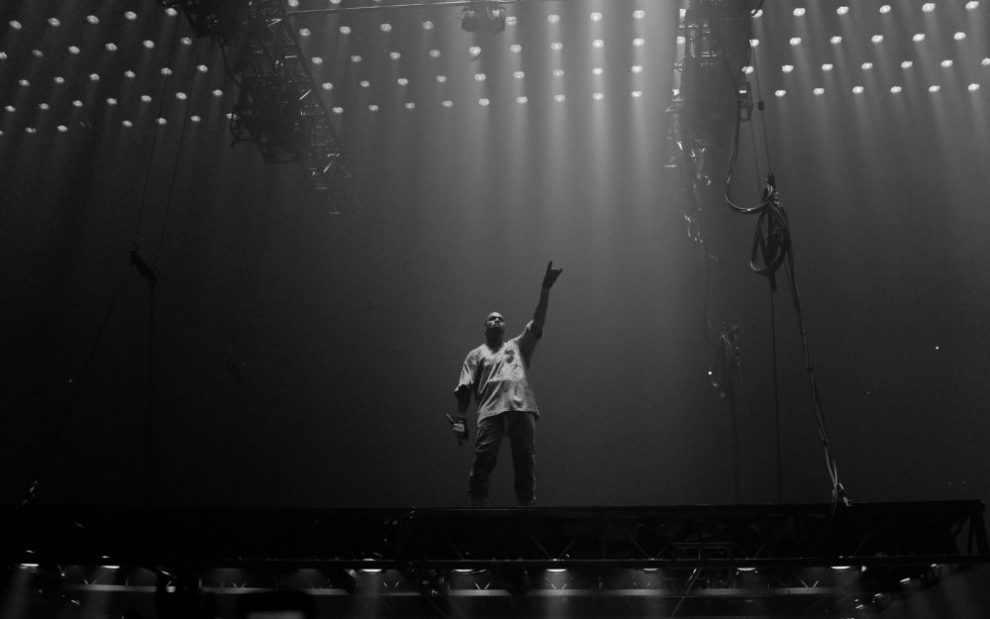 This Sunday, Kanye West released a new album, Donda, named after his late mother, Donda West. It’s been teased for weeks through massive livestreamed and in-person listening parties, each showcasing an evolving and expanding set of tracks that eventually came together to form a 27-track, 108-minute behemoth of an album. Some wondered if it would ever come, but it is officially here, and it’s both better and worse than you might have expected.

After his very public reconversion to Christianity, which led to the release of 2019’s Jesus is King, many worried that the Kanye they knew—egotistical, sure, but also bold, experimental, and unwaveringly dedicated to his art—was gone for good. Others thought that prospect wasn’t a bad thing. Jesus is King, perhaps best described as a gospel album with hip-hop characteristics, was unlike anything (save maybe “Jesus Walks”) that Kanye had ever released and was perhaps the first of its kind altogether. When was the last time a musician of Kanye West’s fame and reputation suddenly decided to give up sex, drugs, and rock and roll for gospel music? People were right to be shocked.

In many ways, Jesus is King was Kanye’s retreat from the world into Christ—aesthetically minimalist with a singular thematic focus. It was comparatively bereft of outside collaboration, and those artists who did join in were expected to refrain from profanity, drugs, and premarital sex while they were in the studio. It was an album built in the spirit of monasticism.

If Jesus Is King was Kanye’s retreat from the world, his 40 days in the desert, Donda is his return to spread the Good News. He’s largely held firm to his mission (aside from allowing a bit of profanity to creep into the lyrics), but he’s opened the album up to the world. Gone is the rigid insistence on gospel music aesthetics: Many of Kanye’s old musical influences have found their way back in, and a bevy of rappers, singers, and producers have tagged along.

Jesus is still there (one struggles to find a verse on the album that doesn’t explicitly mention God), but tracks like “Jail” and “Heaven and Hell” embrace a darker tone backed by heavily distorted guitars. Marilyn Manson even features on one version of “Jail,” though the version with Jay-Z easily outshines Manson’s rendition (and with lines from Jay like “God in my cells, He’s my celly / Made in the image of God, that’s a selfie,” how could it not?). Even elements of contemporary trap music find their way onto the album by way of guests such as Playboi Carti, whose yelp of, “I just brought some brand new clothes” on “Off the Grid” is still stuck in my eardrum.

Lyrically, Donda is back in the world as well. Both versions of “Jesus Lord” attest to this, with verses of grief highlighting the plight of gang violence and political subterfuge from Kanye (“Big brother on the streets, he went and bought a gun / He want revenge ’cause the pain is feeling numb”) and Jay Electronica (“Earthquakes’ll strike the nation for what Bush did to Rwanda”), as well as an impassioned plea from Larry Hoover Jr. appealing for the end of his father’s 26-years-and-counting sentence in maximum security prison. Donda West herself appears posthumously in multiple tracks. In one especially eerie recording, she intones, “Even if you are not ready for the day, it cannot always be night” (“Praise God”).

Those who loved Jesus is King will not be completely disoriented by this album. Tracks like the airy, serene “Moon” (bolstered by Don Tolliver’s crooning, “I want to go to the moon”) and the uplifting, piano-backed bridge of “Come to Life” show that Kanye hasn’t left gospel music behind.

Donda’s fatal flaw is its length: The album buckles under its 27 tracks. Many sound more like work-in-progress sketches, and a few others are just alternate versions of earlier tracks that Kanye apparently couldn’t bear to cut. One wonders if he couldn’t have taken a bit of input from the huge community that collaborated with him to make the record and edited things down a bit (I myself have taken the liberty of creating a Spotify playlist that I think boils the album into a whole new project, all at a svelte 58 minutes).

Altogether, though, Donda is a major step forward. It (mostly) successfully merges Kanye’s own musical history, his newfound identity in Christ, and the state of hip-hop at large to create a record worth listening to (and a few songs that might be some of the best Kanye has ever written). As far as I can tell, Donda is a model of what conversion ought to look like: messy, but also a process that draws one out of isolation into the larger body of Christ.