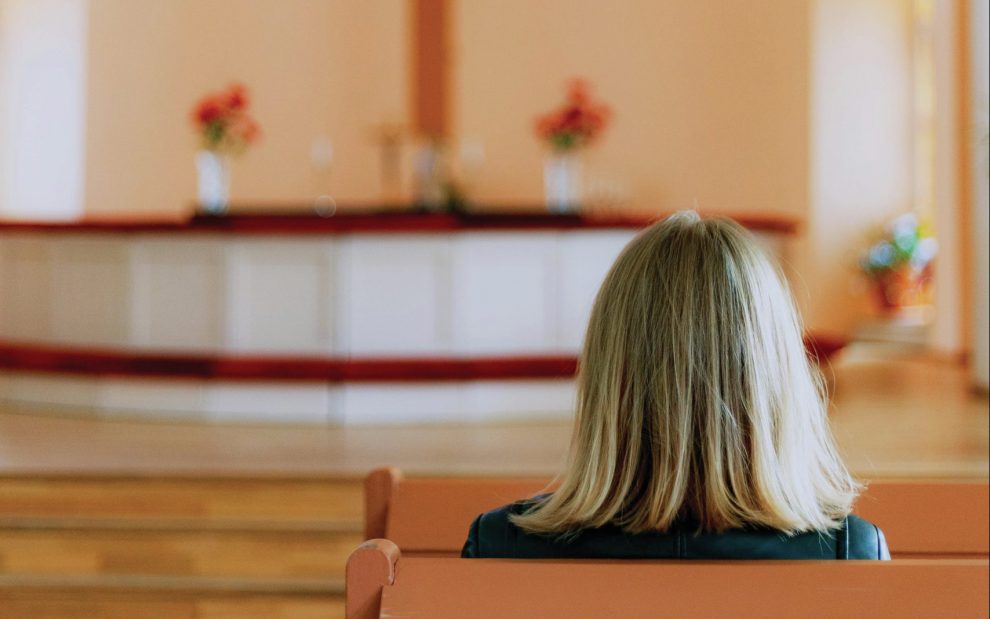 My ministry focuses on speaking and writing about race and sexuality. Lately, in discussions after online lectures or webinars, I hear the following questions and comments with increasing frequency: “How can I remain a member of the church?” “I don’t know how long I can stay.” “Why should I stay in the church?” “My kids/friends/relatives have left, and I don’t know what to tell them.” “Why would a gay or lesbian person stay Catholic?” “If the church doesn’t value or care about Black Catholics, why stay?”

Before going further, I know that a column like this will generate responses from Catholic apologists along the lines of: “You stay because we’re the one true church.” “Because we have Jesus and the sacraments.” “We have the Truth.” “If people can’t accept the truth of the church’s teaching, then they’re better off elsewhere.” So, let me say that what follows is not for such folks. I only ask them to consider if such attitudes might contribute to why many are leaving, and seriously consider leaving, Catholicism.

Such questions are not new. I addressed them in the early 2000s after the tragic revelations of clergy sexual abuse of minors. I wrote a column for my hometown newspaper titled “Deep Disappointment Reveals Deep Love.” I reflected on Martin Luther King Jr.’s profound disillusionment with Christian churches and their silent, even vocal, complicity in racial injustice. In his now classic “Letter from a Birmingham Jail,” King wrote, “There can be no deep disappointment where there is not deep love.” He offered a severe critique of the church. Yet he noted that his strong feelings could only come from one who deeply cared for and about the church.

I then noted that the profound disappointment, outrage, pain, and sadness felt by so many in 2002 demonstrated the depth of love and concern these same people have for the church. Apathy or indifference, I argued, would be far worse signs for the church’s future. Paradoxically, the outrage that so many felt was a silver lining that showed how so many cared very much about the welfare of the Catholic Church, its faith, and its members.

Something has changed since then. There is a different tone in the questions. Now, the deep disappointment expresses not deep love but exasperation. A kind of anger that is not a prelude to deeper engagement and resolve but rather the step before resignation. As I listen to my audiences, there is a growing sense that church leaders, especially the bishops (and too many priests), are not only unwilling to hear their concerns but incapable of giving them a respectful hearing. Again and again, I hear of repeated attempts to engage in dialogue and to raise honest questions about complex issues concerning human sexuality, systemic racism, or political discernment—and of repeated dismissals, lack of response, or a questioning of their faith and loyalty to the church.

This last point is the most painful: the attitude that any criticism of the church is treason. Indeed, the difference between 2002 and now is a conviction that if you don’t accept a certain politically tinged interpretation of Catholic belief and practice, then you aren’t really Catholic, but “Catholic in name only.” This is the deepest cause of the current well of disappointment. It’s a disillusionment that spurs not concern for the church but the feeling that one would be better off without it.

The silver lining is much harder to detect this time. I believe it is this: In my questioners, I see a hunger for Jesus. I hear a desire to return to the gospel. There is a hunger for meaning and purpose, a yearning for a deeper connection with what really matters. And they believe that Jesus—with his passionate challenge to abundant mercy—holds the key to their longings.

The silver lining is much harder to detect this time.

What frustrates them is that the Jesus of the gospels is absent from the pronouncements and actions of church leaders. The Catechism of the Catholic Church is cited more than the one to whom the church is to lead us. My questioners express a conviction recently articulated by theologian William Cavanaugh, who declared, “The church is only attractive when people can see the poor Christ in it.”

Just as in 2002, people’s deep disappointment with the church reveals a deep love. Except not for the church. For Jesus Christ. Unless the church begins to understand that its purpose is not to defend its institutional prerogatives and boundaries but to proclaim the life, death, and resurrection of Jesus, then people’s hunger for Jesus will lead them to look elsewhere to satisfy their longings.