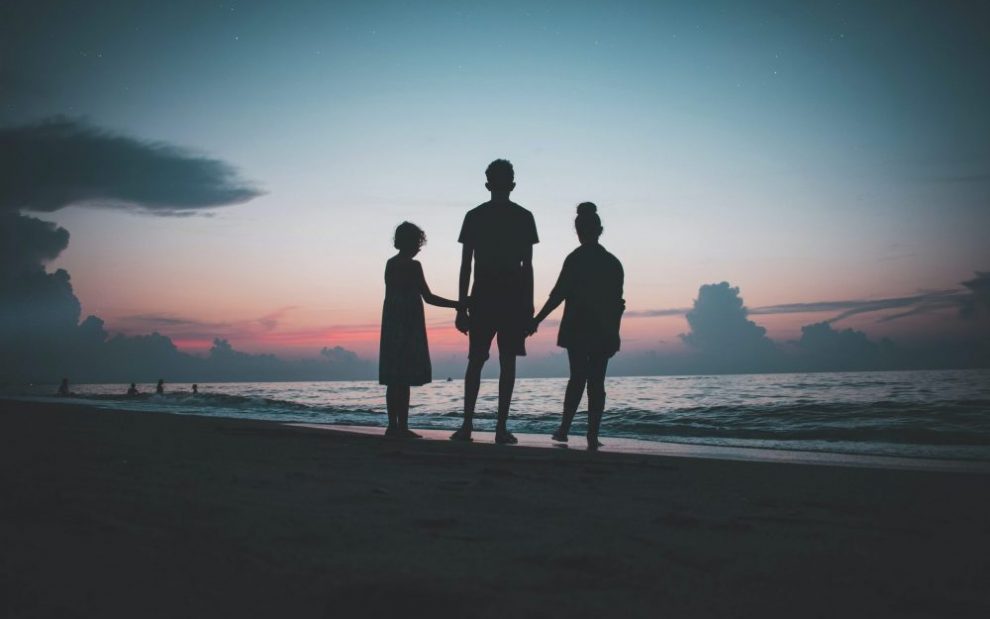 As the eldest of four brothers, a still-haunting refrain was pounded into my head by my parents throughout my childhood: “Be a good example.”

I hated this phrase. It was an unassailable call to greatness. A shame-inducing critique of whatever inappropriate behavior I was currently engaged in. An easy alibi for my younger brothers. And, most infuriatingly, pretty decent life advice.

Since my youngest brother is 14 years my junior, this wretched phrase persisted in my parents’ lexicon well into my adolescence. The mistakes I made that prompted this utterance evolved from unruly childlike behavior to legitimately poor life decisions, but the sentiment remained the same: Your actions matter for yourself and for those around you. People are looking up to you. Be the best person you can be.

Like most eldest children, I look back at the standard to which I was held and the trail I was forced to blaze with awe that I actually made it through and smugness toward my younger siblings over the much clearer path that awaited them thanks to my blunders. Eldest children are the crash test dummies of their families, doing their best to safely navigate their cars on the road of life but instead gaining an encyclopedic knowledge of brick walls in the process.

These harsh life experiences make us more insecure but also inexplicably more resilient. We pride ourselves on being underappreciated by both our overbearing parents and our clueless siblings. After all, if we hadn’t crashed, the younger kids might not have known that a brick wall was there. You’re all welcome!

Fast forward to the present: I’m much better at avoiding the brick walls of life. I’m also the father. “Be a good example” is beginning to look a bit different to me from this side of the road.

My family’s crash test dummy, 4-year-old Madeline, is as sweet as they come and already reminds me so much of myself as a child. It’s as if I can see several alternate futures for her personality, and we will need to parent her carefully in these crucial years to secure the most successful timeline. Or maybe I’ve just watched The Avengers one too many times.

“Be a good example” is beginning to look a bit differently to me from this side of the road.

Regardless, we were in the basement of my house one fine morning for our usual preworkday playtime session—me, Maddie, 3-year-old Charlie, and 1-year-old Sammy. A struggle ensued over which game we should play together—superheroes or baby dolls—and Maddie began stomping her feet and throwing a fit when I ruled that we would play both but would start with superheroes.

As Maddie made her distaste known in a display that has thankfully grown less common with her advancing age, I noticed both Charlie and Sammy staring at her in rapt attention. That’s when I instinctively uttered the phrase I previously swore would turn to ash in my mouth: “Come on Maddie, you have to be a good example for your brothers!”

It was true. She did have to be a good example for her brothers. I watched their behavioral sponges thirstily soak up the crocodile tears spilling down Maddie’s cheeks, and it frustrated me in the same way that my parents probably felt when they watched me setting up my brothers for future failure through my example.

What I realized in that moment, however, was the other feeling that my parents probably felt toward their put-upon eldest child: gratitude. For the most part, Maddie is an exceptional older sibling who is both wise and intelligent beyond her years—so much so that her more age-appropriate behavior often catches me off guard and upsets me more than it should.

Really, Maddie? Don’t you know better than this? Then I remember that she’s 4 years old and not 18 as she frequently insists we pretend. I’m grateful for all the times she already serves as a really good example for her younger brothers and for her willingness to eventually admit her mistakes and try to do better the next time.

When your kids begin repeating your less-than-savory turns of phrase or mirroring your negative behavior, you start to feel like a crash test dummy all over again.

I’m so enamored with the positive effects of a good example that I even find myself saying it to second-child-in-command Charlie. He’s the eldest boy, so he gets in on the action by being scolded to set a good example for his younger brother. Suffice to say, he spends a bit more time in his room contemplating what this means than Maddie ever did, but the lesson is beginning to sink in. He now informs me frequently whenever he is “being a great big brother for Sam,” modeling positive older sibling behavior he learns firsthand from Maddie.

The lesson continues to resonate in new ways for me as well. Having children who have reached the age of reason was a necessary reminder that I now need to be vigilant as a good example for the next generation. When your kids begin repeating your less-than-savory turns of phrase or mirroring your negative behavior, you start to feel like a crash test dummy all over again.

This usually comes in the form of being innocently and embarrassingly called out by your offspring. Sometimes you lose interest in the exploits of Superman and Batman and take a swipe through Instagram. Your son interrupts your disrespectful revery with “Daddy, when will you be done on your phone and play with me again?”

Or maybe you’re having an escalating argument with your wife in the car and suddenly your daughter chimes in with “Relax, guys, it’s OK.”

Life is a constant struggle to become and remain the best version of ourselves. We strive for holiness and try to teach our children to choose holiness as well. Fortunately, lessons can be learned from watching those we respect fail and try again. It’s an endless process of sharpening the saw: falling down, getting back up, forgiving yourself, and moving forward. Eventually you realize that dedication to an ideal is more important and realistic than achieving perfection. That’s an example worth following.