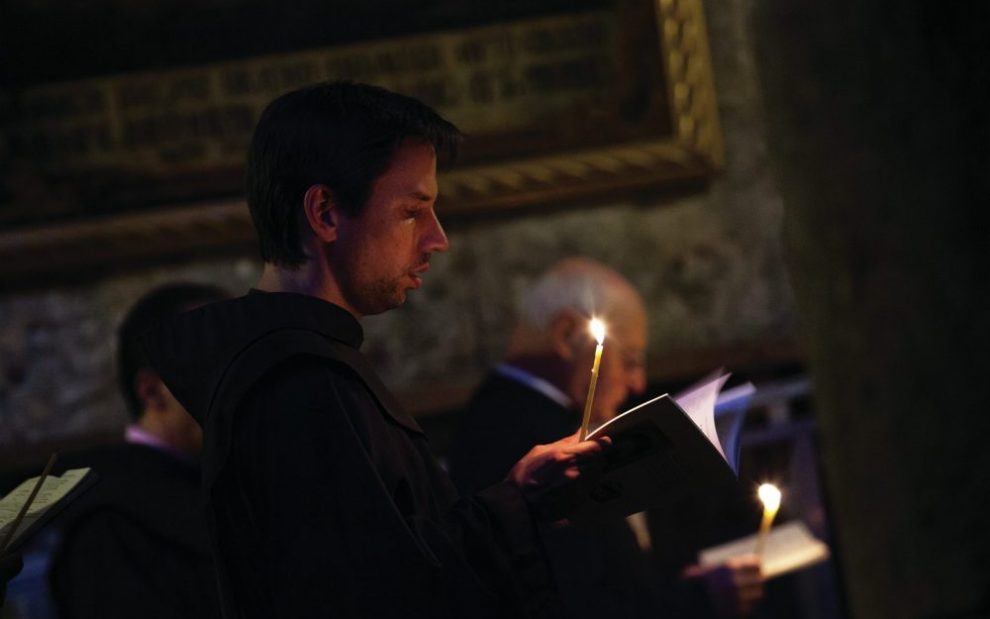 Praying the Magnificat with monks can be a jarring experience.

Most parish communities pray at a pace more in line with an auctioneer—quick and efficient. But the monastic rhythm savors silence. An occasional gust of wind rattles the big wooden doors. An elderly monk may let out a sneeze. Otherwise the church goes quiet.

My soul proclaims the greatness of the Lord,(pause)my spirit rejoices in God, my Savior.(pause)

On we go, slow and steady.

In those pauses, the gathered community faces the magnitude of what we just proclaimed—and the daunting task of bringing this summons from words on a page into actions in the world. Our integrity is on the line in the stillness. What will you do? Who will you be? How will your life change because of this prayer?

As we pray this life-altering prayer, we might take inspiration from Mary’s Magnificat, which gives voice to a critical time in ancient Israel and Judah when the Roman Empire held sway with its oppressive reign. Yet, as Mary prepares to bring her son—the Son of God—into a world sick with the sins of injustice, she sings what she knows to be true: God is on her side. God is faithful and merciful from generation to generation. Pride has no place in God’s kingdom. The rich and powerful will be brought down. The hungry and lowly will be lifted up.

In other words, Mary sings out a new, holier, more just way of being in the world.

Like Mary, we are called to cocreate with God our words into being.

But Mary did not stop at singing. She did not put forth this beautiful vision for creation and consider her work done. Her words, her prayer, became flesh.

Mary is a woman of deep integrity. In her own way—perhaps in the company of her beloved cousin Elizabeth—Mary must have wondered: What will I do? Who will I be? How will my life change because of this prayer? Her answer came crying out on a stable floor a few months later. With God, Mary participated in an act of creation that made her words flesh.

We are called to rid the rich and powerful of their oppressive controls. Perhaps this looks like calling your senators and demanding stricter regulations on big businesses, stronger laws to curb sexual harassment in the workplace, or an end to practices that harm the environment. Perhaps it looks like refusing to buy clothing made in sweatshops.

We are called to stand on the side of the lowly, the oppressed, and the forgotten in our communities. Perhaps this looks like calling your senators and demanding affordable health care for all people, a stop to the separation of families at the southern border, or a minimum wage that can meet basic needs. Perhaps it looks like donating gas station or grocery store gift cards to your local homeless shelter.

There are many ways to take up Mary’s Magnificat today. Pray at a monk’s pace and consider your call. 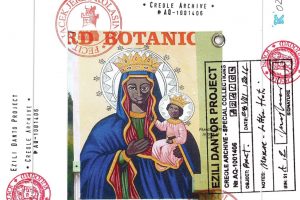