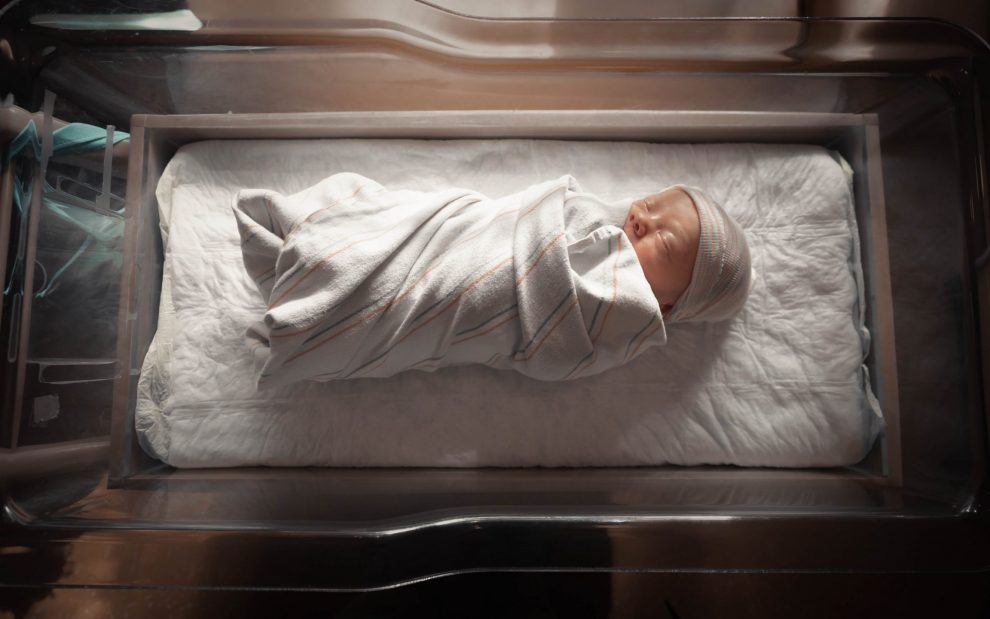 A researcher by training, I immediately ordered a short stack of books when I found out I was pregnant with my first child. For eight months, Heidi Murkoff’s classic What to Expect When You’re Expecting (Workman Publishing) sat on my kitchen table flanked with Laura Kelly Fanucci’s Everyday Sacrament: The Messy Grace of Parenting (Liturgical Press) and Lindsey Bliss’s The Doula’s Guide to Empowering Your Birth: A Complete Labor and Childbirth Companion for Parents to Be (Harvard Common Press). With my physical, spiritual, and mental bases covered, I sought one more literary avenue of preparation for new motherhood: Christia Spears Brown’s Parenting Beyond Pink and Blue: How to Raise Your Kids Free of Gender Stereotypes (Ten Speed Press).

It’s not that I don’t want gender or gendered toys in my child’s life; it’s that I don’t want this one single aspect about my child to influence everything else about how they are treated, in which things they feel they can be interested, and how they are taught to think about themselves. I want to learn strategies to raise them in a way that de-emphasizes gender and its resulting stereotypes in a world that seems to be obsessed with them.

God creates humans with such complex and diverse identities that it is impossible to know who this singularly unique person will be when I meet them. I don’t want either of us to feel confined to my predetermined ideas in comparison to God’s limitless designs. I want to teach them to identify first and foremost as a person—a beloved child of God—before identifying as anything else.

Our culture’s hyper-focus on gender begins while children are still inside their mothers’ wombs. And with today’s “gender reveal” parties becoming increasingly outrageous (and dangerous), this fixation only seems to be increasing. (Not to mention how awkward it is when one or both of the parents express disappointment in the reveal—and it’s on video!)

Those posing the all-too-standard question “What are you having?” or “Is it a boy or a girl?” have been met by a slightly passive aggressive “It’s a baby” from me. I know it’s a well-intentioned inquiry about the new life, but I wonder why this is the first thing people want to know about my unborn child. Is a baby’s biological sex really the most important and primary thing we should be curious about upon their conception? Why do people—even strangers!—seem to care so very much about the sex of my baby?

My assumption is that most people, and most new parents themselves, latch on to this single aspect of an unborn baby’s anatomy because it’s one of the few things we can actually know about a baby before it’s born. It makes people feel more connected to this tiny person whom they’ve not yet met. It makes them feel like they can better get to know a baby even before it takes its first breath. But should it?

Why do people—even strangers!—seem to care so very much about the sex of my baby?

From the moment I see a positive pregnancy test, I start imagining who this human is and will be. I can’t help it. But the features, temperament, and personality of the small soul are known only by God (Jer. 1:5). No matter how hard I try, my imaginings about who my baby might be are just that—imagination. Thus begins one of the most challenging aspects of parenthood for me: focusing less on who I think my children should be and simply basking in the privilege of knowing and loving them for who they are. This exercise in getting-to-know-you will take a lifetime—or rather the overlap of theirs’ and mine—as who they are is revealed to me through living life together.

How quickly the full beauty and breadth of that experience can be truncated by slapping on a label of pink or blue. It’s unavoidable after birth. With two young boys, my house overflows with blue and trucks and dinosaurs and tools—and they like those things (a lot), but they also like purple and dolls and glitter and unicorns. Nobody has ever bought them shirts with unicorns on them, myself included. When you’re raised in a society that puts so much emphasis on gender identity and stereotypes, it’s really hard not to fall into the trap.

My husband and I chose not to learn the biological sex of either of our children before birth because when we asked ourselves what difference it would make, the answer is significant. The actual sex of our unborn baby matters little. They need the same diapers and onesies, bottles and bassinet, security, comfort, and love. But our resulting behavior upon learning a baby’s sex? That’s a different story, and that is what I want to curb. Being unable to focus on a baby’s sex makes it easier for me to focus on the fact that they are simply and miraculously a life made in the image and likeness of God (Gen. 1:27). And that is enough to imagine endless possibilities for a life worthy of excitement and praise.

Furthermore, living with the mystery of the child in my womb is a reminder of the mysterious nature of God—which I cannot know now or in 9 months or in 9 years. And isn’t that exactly the same with a child? The moment we think we understand them, they’ve grown and changed. That’s what they’re supposed to do. That’s what happens as you discover who you are and who God calls you to be. I don’t want to unintentionally cast a rosy pink or cool blue hue over the rainbow of possibilities God provides.

There is so much to learn as a new parent, from developmental stages to prayer practices to birth techniques. For me, learning who my child is and will be in the world isn’t something I want to rush. It’s an introduction worth waiting for and experiencing together face-to-face.