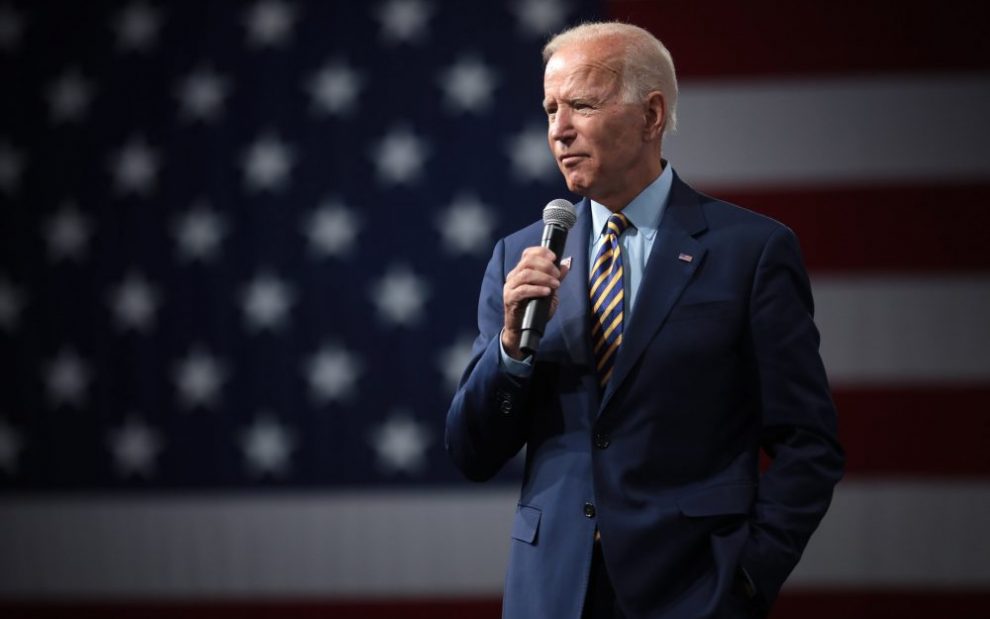 During a recent phone conversation with New York Times columnist David Brooks, President Joseph Biden expressed admiration for the French Catholic philosopher Jacques Maritain. Both the president and his father were particularly influenced by Maritain’s view on the formation of society as constituted for human flourishing, fellowship, and solidarity.

In The Collected Works of Jacques Maritain (University of Notre Dame Press), the renowned philosopher identifies the responsibility of a nation toward its citizens to include establishing a socioeconomic environment for good deeds and fraternity among citizens. In the words of Maritain, a nation must have “social structures, institutions, and laws which are good and inspired by the spirit of fraternal love.” The far-reaching goal in such a nation, Maritain continues, is to “orient the energies of social life towards the friendship” built on fraternal love.

The experience of living during the great economic depression of the 1930s and the growing global influences of Nazism, communism, and fascism drove Maritain to a vision of society that drew from the social gospel of his Catholic faith, and he identifies the role of society to be the promotion of fraternity and the common good.

Our labor and its products should be for the good of all.

The social gospel that animated Maritain’s intellectual life and inspired his work on the interdependence of all peoples—the solidarity and responsibility of citizens toward one another that also influences many Catholics, including President Biden—draws from Christ’s message and ministry.

The gospels tell the story of Christ’s acts of love toward humankind and the restoration and concord of the human family. Christian discipleship, therefore, is the mandate to carry on with the duty of service in society out of love (Gal. 5:13). Paul further outlines the political life of a disciple of Christ to be based on philadelphia—outdoing one another in showing love (Rom. 12:10), doing everything in our power to build up one another (Rom. 15:2), and living harmoniously with all (Rom. 12:15; 15:5). Our labor and its products should be for the good of all (Gal. 6:10).

Since Pope Leo XIII’s debut document on Catholic social gospel, Rerum Novarum (On Capital and Labor), Catholics—including Maritain and Biden—find the social gospel of the church to be a wellspring of inspiration for responsible participation in society. Pope Francis continues this tradition, persuasively challenging Catholics to a responsible life in society with his recent document Fratelli Tutti (On Fraternity and Social Friendship). Here Pope Francis lends his voice to the perennial call to work for the good of all, challenging Catholics to identify with the vulnerable and “reject the creation of a society of exclusion, and act instead as neighbours, lifting up and rehabilitating the fallen for the sake of the common good.”

Catholics—including Maritain and Biden—find the social gospel of the church to be a wellspring of inspiration for responsible participation in society.

Inspired by the tradition of papal documents on responsible discipleship in the world and by Maritain, President Biden demonstrates that the nation’s sole duty is to promote the progress of peoples with dignity and honor.

In an April 2021 speech to Congress, the president declared, “No one should have to choose between a job and a paycheck or taking care of themselves and a loved one—a parent, spouse or child.” Since 1974 Biden has supported raising the minimum wage so that every working American receives the worth of their labor and the dignity of their work. This political action is buttressed by the writing of St. Pope John Paul II in Laborem Exercens (On Human Work), where the holy pontiff insists that work corresponds to and increases the dignity of every human person. The pope counsels that a just wage correspondingly defines the just institutions of a nation.

President Biden has also voted to increase funding for education so that American children do not lag behind in underperforming school systems. Likewise, his support for the Violence Against Women Act during his time in Congress is driven by his belief in the dignity that is divinely bestowed on every human person, the foundations of the church’s social gospel.

Biden’s proposed infrastructure budget is a testament to his commitment to Catholic social teachings to uphold the dignity of everyone and responsible custody of the environment. His human infrastructure budget is an investment in American families: It makes preschool accessible to families so that parents can worry less at work about their kids, expands public education across the country, creates access to the government child care program, and supports paid leave. This paid time off work focuses on human dignity as it allows families to adjust to the birth of a child, to care for a sick loved one, to recover from one’s own illness, to grieve the loss of a loved one, recover from an emotional or physical assault, or to allow military families to adjust to a loved one’s deployment.

No one should have to choose between family and career: The two are not mutually exclusive. Investing in the family helps the nation’s progress. In Amoris Laetitia (On Love in the Family), Pope Francis echoes this fundamental belief: A family’s welfare is momentous for the future of the state and of the church. Therefore, an investment in families, as President Biden has proposed in his infrastructure budget, prioritizes the survival of the nation. The challenge of renewing society in the post-COVID-19 world begins with “recapturing the ultimate meaning of life and its fundamental values,” which originate in the family according to St. Pope John Paul II in Familiaris Consortio (On the Role of the Christian Family in the Modern World).

No one should have to choose between family and career: The two are not mutually exclusive.

Statistics show that investment in the American family is beginning to yield results: Take, for example, the record-breaking enrollment in the government-expanded Medicaid program through the Affordable Care Act (ACA). Based on a recent government report, more than 10 million low-income Americans have enrolled in this public health program. The health of the family is important for the overall health of the nation, and the Biden administration has revamped the ACA and committed to winning the fight against opioid addiction and the concomitant rise in crime and homicides, including financial incentives to police departments across the nation to crack down on gun dealers who fail to run comprehensive background checks on gun owners.

In fact, in Fratelli Tutti Pope Francis encourages every Catholic to take an active role in renewing our society. He counsels that the time is now for Catholics to seize the opportunity “to express our innate sense of fraternity, to be a people, a community, constant and tireless in the effort to include, integrate and lift up the fallen” by sharing with one another the good things of our world.

With the ebbing of the great economic depression of the 1930s, President Franklin D. Roosevelt put forward an ambitious policy for the progress of the American family that was in line with the values Pope Francis puts forth. Similarly, the devastation and pain caused by COVID-19 incentivized President Biden’s human infrastructure budget. The social gospel tradition of his Catholic faith inspires him to put forward a policy that promotes human dignity and lifts the American family on a steady path to progress, prosperity, and flourishing.