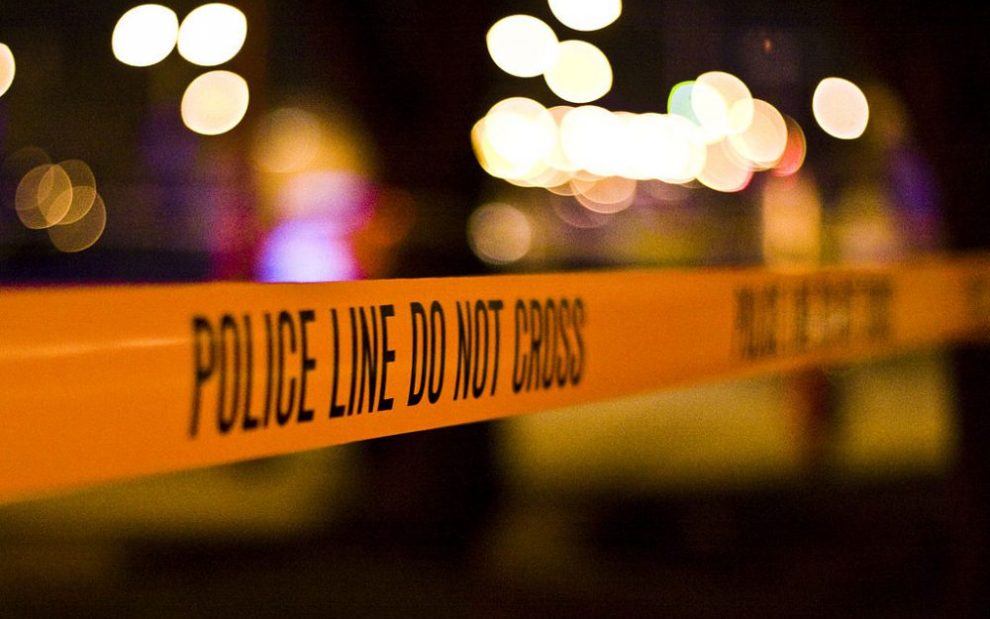 One Saturday afternoon, my wife and I were at home in our condo while our kids were at a friend’s house. It was our first extended quiet time together in ages. The birds chirped. Green spring leaves surrounded us outside our windows. Our neighbors were quiet.

Then it happened. Three quick bursts. I have lived in the city long enough to recognize the sound of gunshots. But this was different. It sounded like seven seconds taken from the soundtrack of a Hollywood action movie. Two quick bursts of loud pops. A moment to breathe. One last burst. Then quiet. A moment later, the birds continued chirping. The leaves continued rustling. The neighbors remained quiet. As if nothing happened.

But something did happen. The sirens began a few minutes later, confirming my fear. A young man had been murdered by other young men using semiautomatic weapons. Weapons meant for war. On a quiet, leafy Saturday afternoon. On my street. And the world didn’t seem to notice.

Traditional theology, aka a “learned word about God,” often fails here. It’s theologically correct to say that God noticed. Of course I believe that. But on this day I didn’t perceive any sign of God noticing or even of God’s presence or absence. I only perceived the world’s indifference toward the young man’s death as its daily rhythms continued unabated.

The author of Genesis claims the blood of Abel was “crying out to [the Lord] from the ground” when it was spilled by his brother, Cain (Gen. 4:10). Here, on this Saturday, the ground didn’t cry out from this blood. It didn’t even seem to notice that a life had suddenly been snuffed out.

In such situations, many Christians like to say that everything is part of God’s plan. Some may point to Jesus’ passion, death, and resurrection as fulfilling his Father’s plan, which was incomprehensible to the disciples. Or they may point to portions of the Sermon on the Mount in the Gospel of Matthew. After all, Jesus says God will provide: “Look at the birds of the air; they neither sow nor reap nor gather into barns, and yet your heavenly Father feeds them. Are you not of more value than they?” (Matt. 6:26). Some may add that all things that happen are part of God’s will. God is in control. So the spilling of blood on my street was part of God’s plan.

God notices, mourns, and moves. Even when I cannot perceive God’s presence, absence, or movements.

Neighbors and local news reported that the 21-year-old was targeted because of gang affiliation. They called it “retaliatory violence.” It goes part and parcel with the way society is set up. A broken, racialized society gives young men a false sense of masculinity and real feelings of belonging and even love through gang affiliation. It also puts money in their pockets.

Since the young man was gang affiliated, does that make his death easier to accept? My children and my neighbors’ children could have been out there. Thankfully, they were not. But the countless other children who have become victims of gun violence due to playing in the wrong place at the wrong time—were they part of God’s plan? Does God “like” my children more than those of other parents? Or maybe the young man just “got what he deserved.” After all, God will judge the wicked and repay them for their misdeeds. God’s righteous honor demands retribution, right?

Wrong. No, this spilling of blood was not part of God’s plan. As God speaks through the prophet Jeremiah: “‘For surely I know the plans I have for you,’ says the LORD, ‘plans for your welfare and not for harm, to give you a future with hope’”  (Jer. 29:11). God notices, mourns, and moves. Even when I cannot perceive God’s presence, absence, or movements.

Believe it or not, to gain more insight I turn not to theology but to a Hollywood movie based on a comic book series: director Christopher Nolan’s 2008 Batman film The Dark Knight. At a turning point in the film, the villain—the Joker—provides an insightful critique into society and its power structures. When talking about his acts of violence and terrorism, the nihilistic Joker describes his actions in light of those with power and comfort that hold the “plans” for protecting the social order: “They’re schemers. Schemers trying to control their little worlds. I’m not a schemer. I try to show the schemers how pathetic their attempts to control things really are.”

He continues with an astute social observation:

You know what I’ve noticed? Nobody panics when things go “according to plan.” Even if the plan is horrifying! If, tomorrow, I tell the press that, like, a gang banger will get shot, or a truckload of soldiers will be blown up, nobody panics, because it’s all “part of the plan.” But when I say that one little old mayor will die, well then everyone loses their minds!

I thought this a fitting description of the American scourge of gun violence as it connects with poverty and race. This cycle of violence has been endemic to the city long before my 15 years living here. Although it waxes and wanes, I have never gotten used to it.

That’s a good thing. If one gets used to something, then it becomes “normal.” And then this incident, along with all the others, becomes little more than background noise on cable news or mere footnotes in a newspaper. One more murder among countless “expendables” that become blood sacrifices to the gods of racialization and gun violence in our country. These sacrifices have become so common that few people show prolonged outrage unless it happens consistently in their neighborhood or to a celebrity. For most others, this violence is just life in a sinful world. It is “normal” even though what is “normal” actually is horrifying.

After all, the world moved on immediately. The crime scene was cleaned up in a few hours, and now there is now no sign that anything happened at all. The local media moved on to the next story. Buried deeply in the news stream I noticed the number of gun violence victims quickly escalating. Yet there was no sustained citywide outrage from people with power and privilege. “The plan” continued unabated.

For most others, this violence is just life in a sinful world. It is “normal” even though what is “normal” actually is horrifying.

But this is not God’s plan. Not in the least. Even when the world moves on as if nothing happened and memory fades into forgetfulness. There is more to it if you look at it through the eyes of Christ.

As St. Paul reminds us, “But God has so arranged the body, giving the greater honor to the inferior member, that there may be no dissension within the body, but the members may have the same care for one another. If one member suffers, all suffer together with it; if one member is honored, all rejoice together with it” (1 Cor. 12:24–26). St. Paul is speaking specifically about the ekklesia, the called-out assembly of believers. However, Pope Francis has reminded us that these wise words also apply to the entire human family.

God’s plan is life, not death. In the Gospel of John, Jesus declares: “I came that [you] may have life, and have it abundantly” (John 10:10). There is a reason why the earliest church simply called itself “the Way” before it ever became known as “Christian.” It sought to move in the world as Jesus did despite the denigration of its Lord and the persecution of its movement.

This is why Catholic mystic Julian of Norwich—who lived during a time of plague, violence, and social unrest—was convinced that “all shall be well” despite all evidence to the contrary. This is what the great witness Dorothy Day called becoming a “holy fool”: to choose faith, to choose hope, to choose deep love, and to act out of those convictions even when there is no good reason to do so.

Maybe that is the way of Jesus. Maybe that is all we have in the aftermath of senseless violence, a global pandemic, the rise of white nationalism, and so many other ills.

Like the prophets, may God remind us what is and what is not part of God’s plan. May God save us from a horrifying normalcy of “the plan” as it is embedded in society. May God’s Spirit show us this way. And may God give us the courage to walk in it.