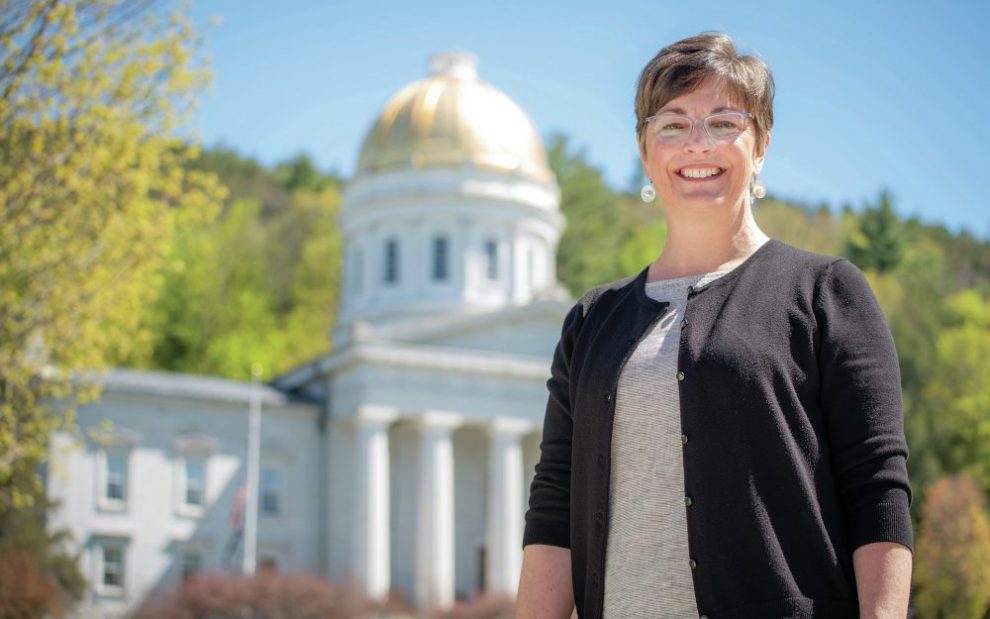 In the midst of the COVID-19 pandemic, Marybeth Redmond, who serves in the Vermont House of Representatives, advocated for the Vermont legislature to grant relief money to two organizations that serve often overlooked populations: immigrants and refugees. The state government granted the money and moved on. But Redmond did not.

As the pandemic raged on, Redmond’s colleagues pushed to pass a second COVID-19 relief bill as quickly as possible. But Redmond remembered the money they had given to the Association for Africans Living in Vermont and the U.S. Committee for Refugees and Immigrants Vermont. How had they used their relief money? Could they benefit from more?

Upon Redmond’s invitation, representatives from both organizations spoke in the Vermont legislature about the incredible work they had been able to do with their government assistance: workforce development, classes on digital literacy, and distribution of laptops in homes for school and telehealth. The second time around, the legislature granted them each $350,000 to continue their work.

This is just one example of many in Redmond’s lifelong career advocating for marginalized people. “For me, it’s always about, who are we forgetting? Who are we leaving out?” Redmond says. “Who doesn’t have a voice to speak that needs assistance?”

While her résumé is vast and spans from TV reporter to professor to nonprofit leader to politician, Redmond’s faith is at the core of everything she does. “Living the gospel values to me means being in community with others to transform oppressive systems and structures that prevent people from thriving and living in dignity and well-being,” Redmond says. Although politics was never part of her plan, her faith led her to the legislature. Once she got there, she hit the ground running.

The eldest of five children in a traditional Irish Catholic family, Redmond primarily grew up in the suburbs of Long Island, New York but spent a great deal of time with her family every year in the Green Mountain National Forest in Vermont, a state she has called home for nearly 20 years. She attended Catholic school her entire life through her undergraduate degree at the University of Notre Dame. As an undergraduate student in the 1980s, Redmond became involved in the newly established Center for Social Concerns, an initiative created by Congregation of Holy Cross Father Don McNeill and dedicated to social justice efforts. Her involvement in the center was transformative and set her on the path working for marginalized communities that she still walks today.

“To choose very intentionally to be in reciprocal relationship with people who live on the margins, whether they are older people, people with disabilities, people who are impoverished or marginalized because of their skin color, racial background, ethnic background,” she says, “That was what I was steeped in. All that thinking imprinted deeply on me.”

“For me, it’s always about, who are we forgetting? Who are we leaving out?”
—Marybeth Redmond

Upon graduation, Redmond worked as a TV reporter at the NBC affiliate in South Bend, Indiana, where she had the opportunity to interview newly awarded Nobel Peace Prize winner Archbishop Desmond Tutu during the heart of apartheid in South Africa. Redmond describes the encounter as a “cellular-changing moment.” She went on to receive her master’s degree at Columbia University Graduate School of Journalism and then to work in communication for the Maryknoll Missioners and as a professor at St. Michael’s College.

Through nonprofit work, Redmond became deeply invested in issues surrounding incarcerated people, which led her to cofound writing inside VT, a program that uses writing as a tool of self-change for incarcerated women. She edited Hear Me, See Me: Incarcerated Women Write (Orbis Books), a book that elevates these women’s voices.

Redmond’s experience working with incarcerated women opened her eyes to issues of the courts and justice system. This knowledge, along with her dissatisfaction with her local representative’s stance on particular gun legislation and the results of the 2016 presidential election, led Redmond reluctantly into the political space. “If there was anyone in the world who could have told you they would never run for political office, it was me,” she says. Yet Redmond soon learned that politics was just another avenue to work for those on the margins—and her living faith was calling her to do just that.

Now in her second term in the Vermont House of Representatives and recently elected by her colleagues as assistant majority leader, Redmond sits on the House Committee on Human Services, which she considers the “perfect committee fit for me” because of its focus on public health, social and economic security, and support for the “most vulnerable Vermonter.”

“It’s really nice to be at a table where you can advocate for state resources to support vulnerable people,” she says. “It’s very much in line with what’s important to me and is a great privilege to be able to have a strong voice in those decisions.”

Redmond’s faith led her to government work, a place she never thought she would be, so it’s hard to predict where she’ll go next.

While it’s a very polarized time to work in politics in the United States, Redmond has hit her stride, a great deal in part because her faith allows her to see the gray in a very black-and-white world. “I believe in creating a large space for people to coexist and to really hear people behind what they’re saying, really understand the story behind how they got to the viewpoint that they did,” she says.

During her short tenure in government, she has worked for children who are in the custody of the state, justice-involved youth who are in correctional facilities, people who are underemployed, people with disabilities, and others. She’s working to make the child care system in Vermont more accessible and more affordable. Most recently, she cosponsored a bill to create a task force to design a Truth and Reconciliation Commission in Vermont around issues of systemic racism. Redmond believes that the bill could be truly transformative for people of color in Vermont and is “something that I’m really looking forward to and excited about,” she says.

Redmond’s faith led her to government work, a place she never thought she would be, so it’s hard to predict where she’ll go next (although she admits, “I still have a lot of legislative work in me”). It’s clear, however, that Redmond’s faith and drive to work for others will be at the center of whatever she does. “To me, that’s what it’s about,” she says.