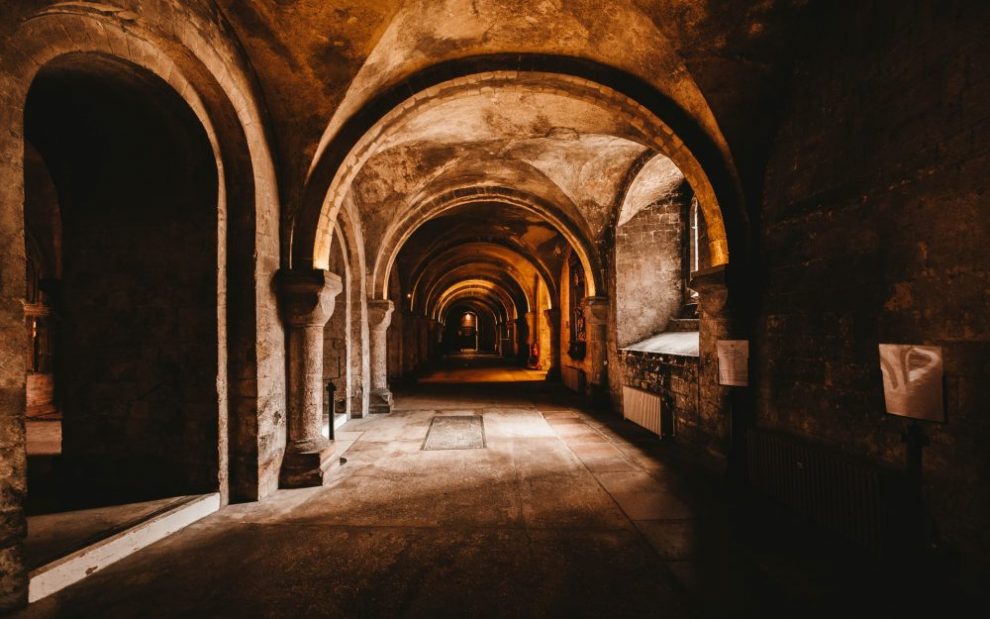 “The mysteries of faith are degraded if they are made into an object of affirmation and negation, when in reality they should be an object of contemplation.” —Simone Weil

In the fall of 1991, the poet and writer Kathleen Norris began the first of two nine-month terms she would spend living at St. John’s Abbey in Minnesota. Her book The Cloister Walk—initially published twenty-five years ago this month—was born out of this immersion in the daily rhythms of the monastery. In the essays and vignettes that compose the book, Norris often returns to the connections she finds between poets and monks, drawing on her experience of both disciplines to mull over how we might cultivate faith in a culture which evinces little use for the sacred.

“Both prayer and poetry begin deep within a person, beyond the reach of language,” Norris writes. The language of liturgy and poetry wells from a realm of image and symbol that skirts the edges of the rational mind and is, thus, often ambiguous in its meaning. And it must be so, Norris would have us understand, if that language is to speak to the profound mysteries at the heart of the human condition.

Norris employs the phrase “negative capability” to describe the mindset that allows for writing poetry. It’s a term coined by the poet John Keats, which he defined as being “capable of being in uncertainties, mysteries, doubts, without any irritable reaching after fact and reason.”  When an idea strikes, she tells us, the poet must be ready to attend to it even when they can’t see where it’s leading, even when they don’t know what it means. Norris stresses that once the seeds of inspiration have been scattered, the poem must be allowed to reveal itself over time without the writer forcing its direction. The nitpicking fingers of the rational mind will disturb the poem’s delicate roots if allowed in too early.

The quality of negative capability, Norris says, well-honed by her work as a poet, has also proved invaluable for her growth in religious faith. “To make the poem of our faith,” she writes, “we must learn not to settle for a false certitude, but to embrace ambiguity and mystery.” She suggests that faith is more process than product, more, perhaps, like the act of writing than like the final draft of a document. The believer must allow faith to take root before its objects can become clear, Norris indicates, much as the poet waits for a poem’s meaning to unfurl in the writing of it.

Many of the most powerful insights from The Cloister Walk address the limits of intellect when it comes to matters of religious belief. In an essay on Gregory of Nyssa, Norris states that an encounter with the fourth century bishop’s work “confirmed a sense [she]’d held as a child of the holy as dwelling in deep darkness.” The term “negative capability” is aptly resonant with “negative theology,” and indeed Norris’s focus on the hidden, mysterious aspects of religious faith situates her among the theologians of Via Negativa, a strand of thought which emphasizes the fundamental unknowability of God (many mystical voices from within the church fall into this set, Gregory of Nyssa among them).

The language of liturgy and poetry wells from a realm of image and symbol that skirts the edges of the rational mind and is, thus, often ambiguous in its meaning.

Of course, the Christian tradition also carries a “positive” theology, rooted in the acceptance of scripture as divine revelation. And in the essays of The Cloister Walk, Norris is concerned with the question of how we read and interpret the language of scripture, of liturgy, knowing that our grasp on its meaning will always be imperfect. The modern mind has immense difficulty reconciling the logic-defying elements of Christian belief—the virgin birth for instance—with its tendency towards linear thought. Norris recognizes this. The path to faith she points us toward is neither straight nor narrow—rather, it wends through the wilderness of metaphoric imagination.

Scripture, like poetry, is rife with metaphoric language, and in metaphor, Norris finds a bridge to connect the head with the heart. Metaphor, she writes, “draws on images from the natural world, from our senses . . . and yokes them to psychological and spiritual realities in such a way that we’re often left gasping.” It points us toward truth by “connecting disparate elements in ways that the reasoning mind resists.” In her view, the metaphors of scripture are the beating heart of religious understanding, permitting us to glimpse some shred of the divine nature through a human lens. Like systems of mathematics, she tells us, the keenest of metaphors communicate principles of reality revealed to us rather than created by us.

At times, though, metaphor falls subject to misunderstanding by Christians of both the conservative and liberal varieties. The conservative error, generally, is to interpret metaphors of scripture too literally, while the liberal error lies in rationalizing these same metaphors to the extent that their power is largely stripped away.

In an age that prefers black and white, Norris treads a gray area on the “fuzzy boundaries which [give] way to metaphor.” On the one hand, she laments that statements of faith (i.e., creeds) serve to drive people away from religion by functioning as “a grocery list of beliefs that one has to comprehend and assent to before one dare show one’s face in church.” On the other, she insists that every element of the creed belongs; That each, through its unique metaphoric resonance, expands our vision of God’s relationship with the world.

The nitpicking fingers of the rational mind will disturb the poem’s delicate roots if allowed in too early.

For Norris, the potent metaphors of scripture harness a power that simultaneously encompasses the literal and transcends it. In one of The Cloister Walk’s essays, Norris refers to the Incarnation as “the ultimate metaphor,” noting, “To a literalist, I have just said that the Incarnation isn’t ‘real.’ As a poet, I think I’ve said that it is reality at its most alive; it is the new creation.”

In her 1999 book Amazing Grace: A Vocabulary of Faith, she addresses the cross—symbol, of course, of man’s redemption through Christ’s death and resurrection: “Can they really believe all that?” she imagines the non-believer asking, then goes on to reply, “The question is best answered simply: ‘Yes.’ But answered . . . in the conviction that the incarnation of Jesus Christ . . . will work to the good of all people despite all our groaning, quibbling, and squabbling over terminology.” Language is important, but faith takes us beyond words. Ultimately, faith—and hope for that matter—are rooted in the real presence of God in this world, a presence known to us primarily through channels of the heart.

Anne Lamott offers this advice to aspiring writers in her book Bird by Bird: Some Instructions on Writing and Life: “There may be a flickering moment of insight in a one-liner, in a sound bite, but everyday meat-and-potato truth is beyond our ability to capture in a few words. Your whole piece is the truth, not just one shining epigrammatic moment in it.” Even in the earthly sphere, truth is complex and untidy, impossible to express succinctly, sometimes even self-contradicting. And it is our sense of negative capability, Norris might add, that allows us to sit with these difficult human truths—that each person is both kind and cruel, both beautiful and ugly, that the created world is a place both extraordinarily precious and ferociously brutal—without insisting that we choose a side.

Many of the most powerful insights from The Cloister Walk address the limits of intellect when it comes to matters of religious belief.

Kathleen Norris well understands our temptation to smooth over the thornier elements of Christian faith, to frame them in terms we can easily affirm, terms that play nicely with our post-Enlightenment understanding of reality. But she insists that to do so impoverishes the metaphorical richness of scripture’s revelation, shortchanging us spiritually. 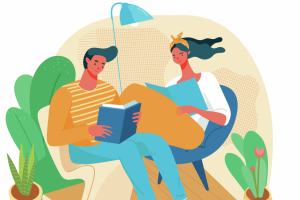