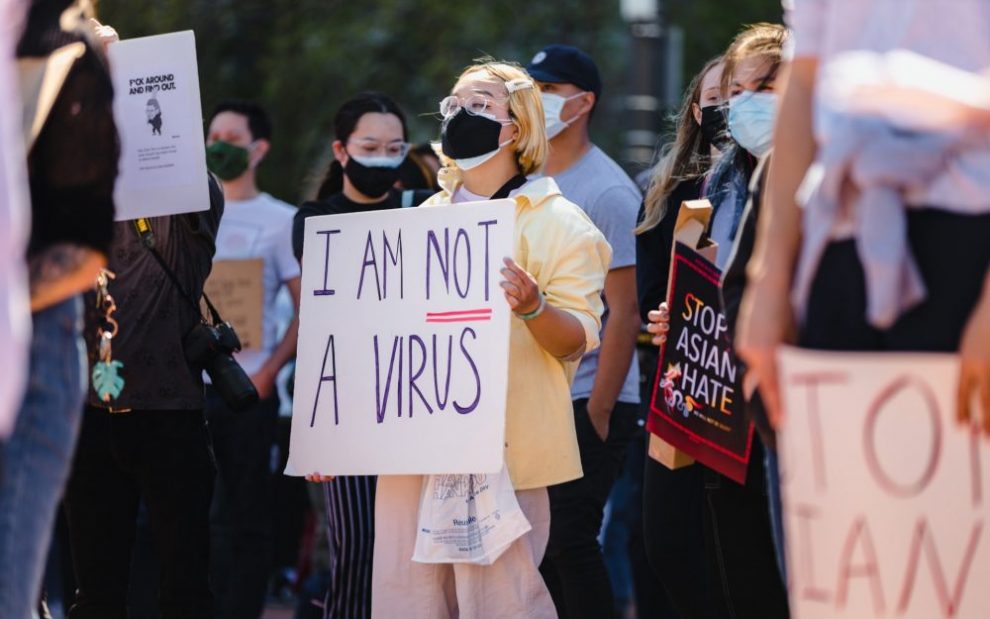 Every movement leaves a trace. “In my thoughts and in my words, in what I have done and in what I have failed to do”: This is how Catholics describe this basic truth. For we know that choosing against following God’s Spirit has consequences. This is what we call sin. And one of the most dire of those consequences is physical violence against our brothers and sisters.

A few weeks ago in Atlanta, six Asian American women were murdered in cold blood by a young white man with a gun. The shooter claimed that this was about his sex addiction and fighting temptation and that his crimes had nothing to do with racism. But, as social commentator Trevor Noah points out, the murderer “blamed a specific race of people for his problems and then murdered them because of it. If that’s not racism, then the word has no meaning.”

This act of terror did not occur in a vacuum. From the first signs in December 2019 that COVID-19 might become a global pandemic, Asian Americans became a target. From the former president’s racially charged remarks such as calling the virus “Kung Flu” and the “China virus” to my son’s older schoolmates making slanty eyes at him in the hall or his classmates telling him that that he will get the virus but they will not (because he is Asian and they are white and Black) to random attacks on Asian American women and elders throughout the nation, the “othering” of Asian Americans again came out of hiding.

I say “again” because this evil did not just magically appear out of nowhere. The intertwined sins of white supremacy and anti-Asian racism have deep roots in this country. For example, in 1871, a mob of white and Latino men murdered 20 Chinese Americans in Los Angeles in a “race massacre.” In 1882, the Chinese Exclusion Act prohibited all immigration of Chinese laborers to the United States. It was soon extended to include all Asians and was not fully repealed until the Immigration and Nationality Act of 1965 passed in the wake of the civil rights movement. In 1885, white people murdered 28 Chinese Americans in Rock Springs, Wyoming, and in 1887, 30 Chinese Americans were massacred in Hells Canyon, Oregon.

The shameful history continued well into the 20th century. From 1942–1946, 120,000 Japanese Americans were arrested and relocated to concentration camps in the deserts of the Western United States. In 1967, the last of the anti-miscegenation laws were declared unconstitutional, but laws against white people marrying Asians remained on the books in some states until 1987.

In 1982, U.S. citizen and Chinese American man Vincent Chin was murdered in Detroit 10 days before his wedding because the Japanese were “taking American jobs.” In 1992, mainly Black rioters in Los Angeles targeted Korean Americans as scapegoats for a larger racial injustice. Due to white segregation and disinvestment from Black neighborhoods, providing goods and services in poor Black and Latino/a neighborhoods had been “outsourced” to immigrants in search of a better life. Korean Americans became the buffer between white people, who had the money and power, and Black Americans, who did not. And they also became a scapegoat for this larger racial injustice.

This evil did not just magically appear out of nowhere.

The murders in Atlanta were not only about race. Life is complex and the sin and evil that are a parasite upon life is equally complex. As Trevor Noah also points out, “racism, misogyny, gun violence, mental illness; honestly, this incident might have been all of those things combined . . . because it doesn’t have to be one thing on its own; America is a rich tapestry of mass shooting motivations.” But race remains at the center. It is part of the original sin embedded within U.S. society and culture.

God created humankind in the divine image, and we are cocreators with God. Unlike God, we are sinful and do not fully comprehend our powers of creation. Especially as a larger society. So, our collective fingerprints leave traces on others, and our unatoned sins give life and purpose to the unspeakable.

Those who terrorize and murder—like the perpetrator in Atlanta—are formed by the sinful elements and false gods within society and religion that we allow to exist. One of these is the scourge of racialization and its obsession with whiteness. By allowing these gods to endure, we make it possible for young men to interpret their horrible actions as valid, good, or necessary. We all play a role in their existence.

When we as a society move in opposition to the flow of God’s spirit, there are consequences. So we shouldn’t be surprised when racial bullies and terrorists claim victims. We should mourn, lament, grieve, and repent. But surprise should not be an option.

As a collective, we are meant to reflect the love of the Trinity. In doing so, we can meet the theological mandate set down by theologian J. Kameron Carter in Race: A Theological Account to “exit the power structure of whiteness and of the blackness (and other modalities of race) that whiteness created, recognizing that all persons are unique and irreplaceable inflections or articulations, not of this power/knowledge nexus of race, but of Christ the covenantal Jew, who is the Image of God, the prototype, and who as such is the fundamental articulation, through the Spirit of God, of YHWH the God of Israel, the one whom Jesus called Father.”

We shouldn’t be surprised when racial bullies and terrorists claim victims. We should mourn, lament, grieve, and repent. But surprise should not be an option.

We can choose to be cocreators of life with the Triune God. By harmonizing with God, we can midwife engraced life that breathes life into others rather than a monstrous form of existence that steals life from others. We can reform our racialized sinning and atone for the wounds inflicted upon the racialized sinned-against. We can cease to embolden white supremacy and cease racialized violence against Asian Americans. We can follow Jesus’ way.

But will we? As Catholics, disciples of Christ, and cobearers of the image of the Trinity, this question is one of many upon which our witness will stand or fall. 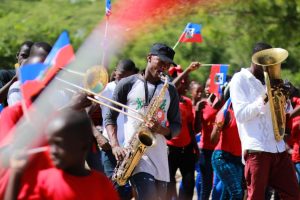 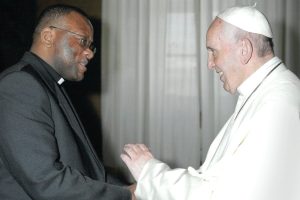