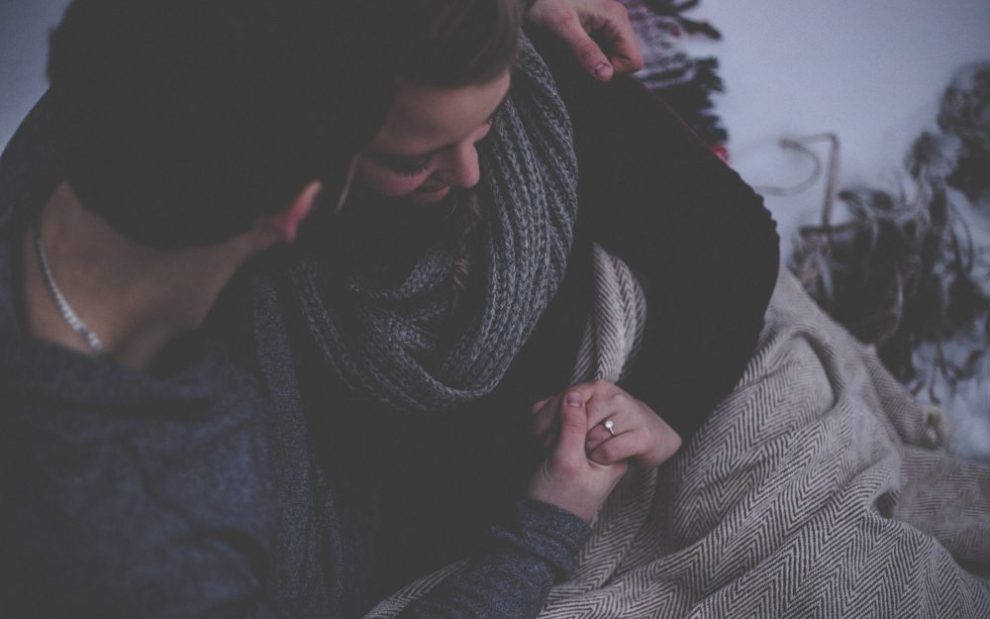 On the morning of March 20, 2020, my wife fainted in the bathroom. She was five weeks pregnant. I arrived just in time to grab hold of her, thus preventing her from slamming her head against the bathtub. When I finally jostled her awake, she told me she was in pain and could not stand. I immediately called for an ambulance. Within minutes we were on our way to Virginia Commonwealth University Medical Center.

The OBGYN surgeon confirmed that my wife was experiencing an ectopic pregnancy, meaning the egg had implanted outside the uterus. An ultrasound confirmed that my wife was bleeding to death and needed immediate surgery to save her life. The operation would also terminate the pregnancy or, put matter-of-factly, cause our baby’s death. It was medically impossible to save our baby; doctors would have to act quickly to save my wife.

I was escorted to the waiting room, where I sat in silence and asked God to guide the surgeon’s hands. I prayed for the repose of our child’s soul. I emailed a priest friend for added reassurance that everything would be okay.

I had questions: Was the procedure considered an abortion? It seemed compassionless to suggest saving my wife’s life could somehow be immoral. What does the church actually teach about such a complex life-and-death situation?

There has been much controversy over whether or not terminating an ectopic pregnancy is considered an abortion. However, the medical definition of abortion confirms that it is not one. A medically induced abortion uses medicine or surgery as a direct means, no matter the reason, “to remove the embryo or fetus and placenta from the uterus.” An ectopic pregnancy is when an embryo attaches itself somewhere outside the uterus, typically to a fallopian tube, thus producing an unviable fetus and risking the life of the mother.

Catholic social doctrine provides two distinct definitions of abortion. The more familiar term, direct abortion, is “a willful attack on unborn human life, no matter what the motive.” An indirect abortion is the “permitted evacuation of a fetus which cannot survive outside the womb.” In an indirect abortion, the death of the child is not the intended or desired result, “but the side effect of some legitimate procedure,” like the one required to save a mother’s life in the case of an ectopic pregnancy. In a statement published in 2011, the U.S. Conference of Catholic Bishops determined that, in the case of ectopic pregnancies, “it is morally licit to remove the threat of the mother’s life . . . by removing part or all of the fallopian tube where the child implanted, even though it is foreseeable that the child will die as an indirect and unintended effect of such surgery.”

What does the church actually teach about such a complex life-and-death situation?

My wife, like many women who experience ectopic pregnancies, wanted to carry her pregnancy to term. She was not expecting a traumatic outcome, and she certainly was not expecting her life to be in grave danger. My wife and I believe in miracles, certainly, but we also believe in science. Needless to say, so does the church. The termination of my wife’s ectopic pregnancy was morally defensible.

But those thoughts leave me with additional questions. What if the fetus had implanted in my wife’s uterus correctly, but there was still a threat to her life? Would it have been morally acceptable for her to have an abortion? I have been racking my brain for answers ever since I drove my wife home from the hospital.

According to the Catechism of the Catholic Church, since the first century the Catholic Church “has affirmed the moral evil of every procured abortion. This teaching has not changed and remains unchangeable. Direct abortion, that is to say, abortion willed either as an end or a means, is gravely contrary to the moral law.” The Catholic Church also believes that human life “must be respected and protected from the moment of conception.” A mother’s life started at a moment of conception, too. Therefore, how is the mother respected and protected if she is required to endure a pregnancy that will knowingly cause her death?

For example, Cecily Kellogg, a 44-year-old writer from Pennsylvania, was approximately six months pregnant with twin boys when she “developed severe preeclampsia,” as reported by USA Today. One twin subsequently died, and Kellogg began to experience liver and kidney failure. Doctors advised to abort the other twin in order to save Kellogg’s life. She argued for the life of the baby still beating inside her but, in the end, gave the doctors consent to terminate the pregnancy. “They told me I would die,” she told USA Today. “It was either me and my son or just my son.” Although it was enormously difficult for her, she believes she made the right decision.

Would the church agree with Kellogg’s decision? If the church rigorously follows its specific definition of a direct abortion, I suspect it would unreservedly disagree. But how can the church that upholds the dignity of life for all morally justify choosing death for a mother? I hope that Kellog’s story and my family’s own story provide context in order to advance discussion on such a delicate and unresolved debate. Kellogg’s experience and experiences like hers require a more merciful clarification of church teaching.

All things considered, however, of one thing I am certain. My wife and I plan on another pregnancy. We pray the egg implants correctly into her uterus this time. If it does, yet life threating complications are discovered, we will choose to save her life, not the life of the baby. We do not think anyone, other than God, would have the right to judge us for making such a decision.

Matthew A. Hamilton is a law librarian in Richmond, Virginia. He and his wife are members of the Cathedral of the Sacred Heart.