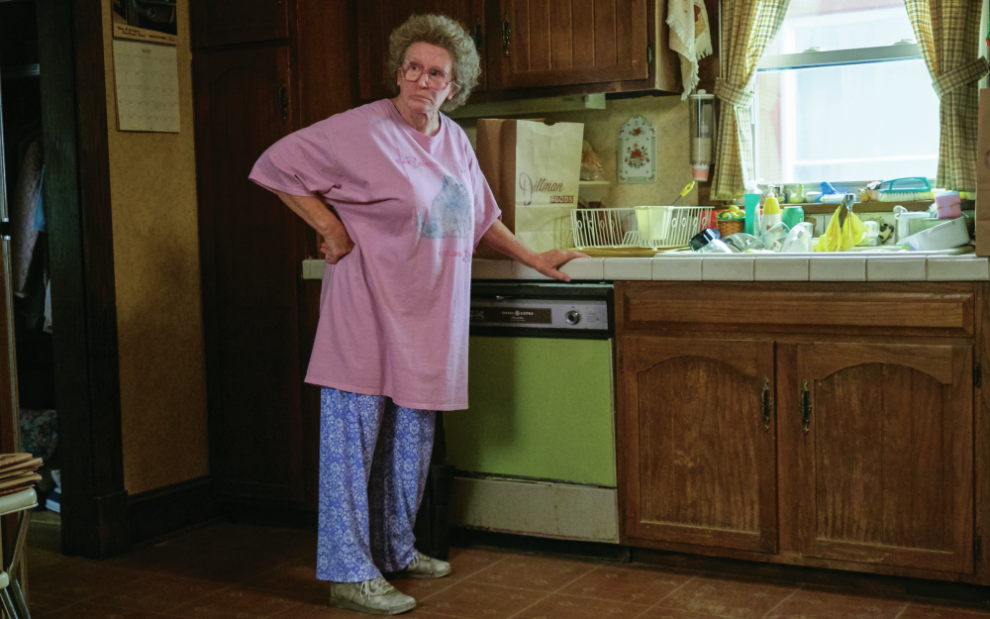 The movie Hillbilly Elegy arrived in theaters just a few days after the 2020 presidential election was decided. It started streaming on Netflix two weeks later. With that fortuitous timing, J. D. Vance’s story of his escape from poverty in the hills of eastern Kentucky and southern Ohio came to bookend the Trump era as we’ve known it.

Published in the summer of 2016, Hillbilly Elegy the book was destined to become, on November 9, the original “Trump explainer” for a bicoastal professional class desperate to understand what had just happened. They knew that a lot of relatively uneducated, low-income white people out in Appalachia and the Rust Belt had just voted in surprising numbers—and there Vance was with his book, ready to tell them who those people were and why they were so angry, aggrieved, and resentful. In no time, Vance, a Yale Law School grad and venture capitalist, became a midlevel celebrity. For a while he was all over cable news, and the Hillbilly film rights sold for big bucks.

The pretension that Vance’s personal story comprised some kind of major social statement was right there in the subtitle: A Memoir of a Family and Culture in Crisis. In the book, those two conflated subjects rest uncomfortably alongside each other without ever quite cohering into anything like a social vision. Vance’s account of his family story is moving and sometimes even downright inspiring. Then, when you least expect it, he stops the action to offer some amateurish social commentary that mostly just recites the individualistic, free-market tenets of Reagan Republicanism.

Director Ron Howard has wisely chosen to cut all the moralizing commentary out of his movie version, leaving us with a post-Trump rendition that is much less irritating than it could have been but utterly lacking in any larger cultural significance. The only truths you can draw from the movie are just made-for-TV truisms. Addiction wrecks people’s lives across generations. It’s really hard to stay out of poverty if you don’t finish school and don’t avoid teenage pregnancy. Right.

As the movie shows us in scattered flashbacks, the crisis in Vance’s family began long before he was born when his grandmother, pregnant at 13, fled Kentucky to escape her disapproving family. She and the father of her child landed in Middletown, Ohio, and the new husband got a good-paying job in a steel mill. But soon he was coming home drunk and abusive, terrorizing his wife and two daughters, until one December night his wife set him on fire in front of the Christmas tree.

One of the terrified little girls who witnessed that scene became Vance’s mother, Beverly, who herself got pregnant at 18 then rallied to become a nurse before falling to the lure of prescription opiates and eventually heroin.

The only truths you can draw from the movie are just made-for-TV truisms.

In the movie, the character of Bev gives actor Amy Adams plenty to chew on. She’s intelligent (second in her high school class) and simultaneously devoted to her kids and able to turn without a moment’s notice into a madwoman who might kill herself and her son by deliberately driving into oncoming traffic.

Of course, the further Bev sinks into addiction, the more self-centered and irresponsible she becomes. Nothing is ever her fault, not even losing her job for roller-skating through the hospital hallway high on stolen pills. She relentlessly and remorselessly uses everyone around her—for money, for a place to stay, for drug-free urine, you name it. And Adams makes both sides of the woman equally believable.

The problem with Vance’s book was that he made his drug addict mother into not just the tragic antihero of his family story but some sort of parable for an Appalachian working-class culture that he saw mired in dependency and “learned helplessness.” Vance escaped that web because his grandmother, played by Glenn Close in the film, kept him away from bad influences in high school and a cousin suggested that he join the Marines.

That those relatives were products of the same “culture” as his junkie mother is never allowed to complicate Vance’s conclusions. Nor is the fact that for the past 40 years both Appalachia and the cities to which Appalachians migrated for work (like Vance’s Middletown) have been systematically stripped of both their natural resources and their manufacturing jobs. Appalachia had a strong culture of communal self-reliance. But two whole generations of utter hopelessness can drag the strongest people down.

Two whole generations of utter hopelessness can drag the strongest people down.

Tyler Childers, a young country music singer-songwriter from eastern Kentucky, sees many of the same pathologies plaguing Appalachia as Vance does. However, where Vance seems to think everyone can and should follow his path to urban, white-collar success, Childers, as he discusses in the video accompanying his album Long Violent History, sees the future in digging back into Appalachia’s past. In that little manifesto he simultaneously calls for reviving traditional mountain practices of subsistence agriculture and life-sustaining crafts and for making alliances with African Americans in Appalachia and beyond. The album puts Childers’ preaching into practice. It’s a mostly instrumental collection of traditional fiddle tunes that ends with the title track expressing a mountain man’s solidarity with victims of police violence. All of the proceeds from the album go to Childers’ Hickman Holler Appalachian Relief Fund. It’s a sterling example of the good use some artists have made of their pandemic-enforced downtime.

But all of us aren’t that creative, so if you find yourself just cruising Netflix for quarantine entertainment, Hillbilly Elegy is a perfectly decent little movie. But just this once I really hope it doesn’t inspire anyone to read the book.

TagsBooks and literature TV and film