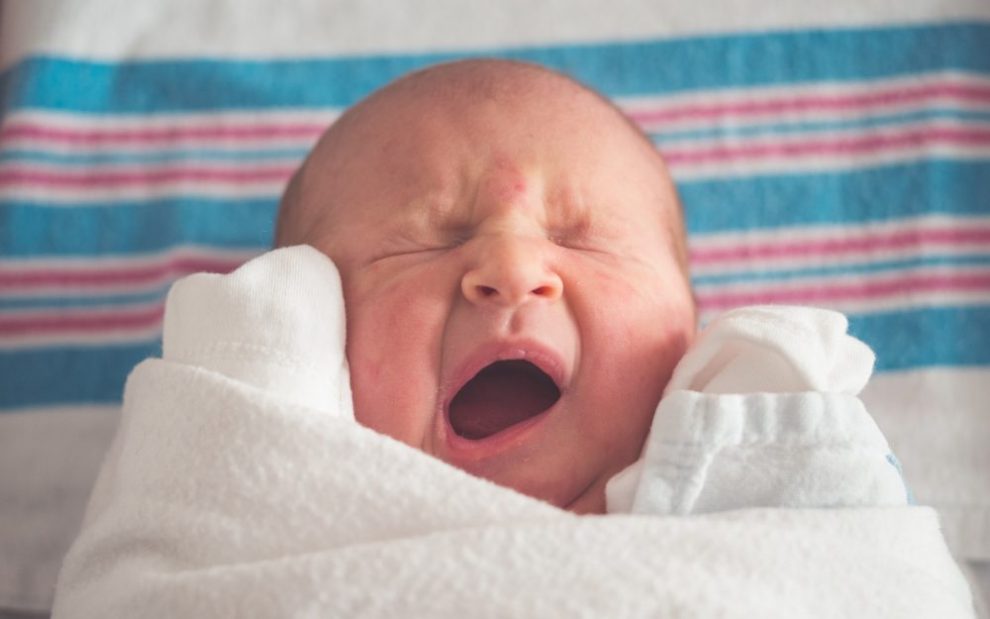 For many American women having babies today, pregnancy care is medical care. Doctors’ office visits count down the prenatal months. While midwifery has grown more prevalent in recent decades and pandemic precautions sparked interest in homebirths, nearly 99 percent of deliveries take place in a hospital.

Certainly the needs of some patients render the techniques and technologies of obstetric medicine essential. But medical interventions as the default for delivery can complicate the experience, making birth more like a partnership with a doctor to get a baby out than cooperation with God in a new creation.

Women who want a different approach to pregnancy might look to the example of a Catholic-run midwifery clinic from the mid-20th century. In Santa Fe, New Mexico, the Medical Mission Sisters (MMS) paired clinical expertise with respect for women and awe of birth. MMS nurse-midwives offered low-cost, personalized prenatal care to thousands of mothers and babies in a predominantly Latino/a population. They gave women the choice of either home birth or delivery at the nation’s first freestanding birth center.

The Catholic Maternity Institute (CMI) kept doors open from 1944 to 1969, reducing fetal and maternal mortality and teaching a generation of nurse-midwives a distinctive philosophy of birth. This philosophy, honoring the nurture of pregnant women as morally significant, offers inspiration for mothers today.

Women religious figure prominently in the history of American health care; maternity care is no exception. Dr. Anna Dengel founded the Society of Catholic Medical Missionaries, commonly known as the Medical Mission Sisters, in 1925. Though much of MMS sisters’ work was international, travel limitations imposed by World War II encouraged them to try a different ministry. They answered the call of Archbishop Rudolph Gerken to help battle high rates of maternal and infant death in the Archdiocese of Santa Fe.

Like other care providers, the sisters believed medical expertise could help mothers and babies come safely through birth. But as nurse-midwives, their approach cut across some prominent trends of their day. By the 1940s obstetric doctors oversaw prenatal care and the whole of a woman’s pregnancy. The majority of births moved to hospitals, and many were done under general anesthesia.

The Catholic Maternity Institute kept doors open from 1944 to 1969, reducing fetal and maternal mortality and teaching a generation of nurse-midwives a distinctive philosophy of birth.

Opposite this trend were traditions that MMS staffers found among some patients: Women who planned to follow no special behaviors during pregnancy or receive any special care except for a few customs that appeared superstitious, such as wearing a cord around the belly to keep baby from falling out.

In this respect CMI’s clientele was hardly unusual. Women in other times and places behaved similarly, especially absent assumptions of reproductive biology we now take for granted. The CMI esteemed natural childbearing but insisted women should not think of pregnancy passively, as just letting nature take its course. Instead, CMI mothers’ classes advised that women should “anticipate childbirth with a joyful confidence and participate in it with that full awareness and free acceptance fitting to the dignity of a Christian mother and the sacredness of birth.”

Correcting errors of those who would make too little of pregnancy and those who would intervene with it too much, the CMI sisters helped women re-envision what they were doing in the process.

Their approach did not oppose medical care—indeed, they emphasized their nursing skill—but left room for birth’s social and spiritual aspects. Their classes encouraged families to grasp the gravity of childbearing—teaching that “no accomplishment of man can even approach in importance the growth and development of another human being”—and they protected birth and mothers from unnecessary medical interventions that tended to depersonalize or disempower.

Pregnancy is working together with God, not just waiting around doing nothing or suffering discomfort. The first step in encouraging women to view pregnancy as collaboration with God is for them to understand what is happening. With understanding, women can better engage the great work with full, conscious, and active participation.

CMI mothers’ Classes invited women to think about their pregnancies, to think of this time as “cooperation in growth and development of a new human being.” Midwives welcomed mothers-to-be with this exhortation: “God has designed your body to function this way, but God also made you a thinking human being.”

In every woman’s pregnancy, God is doing a work as amazing as creation itself. Each woman becomes a “tabernacle” of God’s presence even as she helps fashion the fetal body as “the house or Tabernacle” for the baby’s soul.

CMI sisters felt that fact should motivate women to take especially good care of themselves. “For nine months you contain within your body another soul destined for eternal life with God. Keep this in mind when we discuss your need for care,” the midwives urged.

We should reclaim this perspective. Too often current advice to mothers prioritizes needs of children or validates women’s “self-care” mostly as it enables them to do extra for their families.

By giving public recognition to the estimable work women already are doing for their families and with God, the sisters showed a way to reverse thin justifications for mere “me time.” Pregnancy and birth are not light duties women squeeze in among their normal employment but acts that take strength and deserve support.

Medical interventions as the default for delivery can complicate the experience, making birth more like a partnership with a doctor to get a baby out than cooperation with God in a new creation.

Knowing what is happening in her body and doing what she can to assist it enables a woman to “participate in the miracle of birth,” as the sisters taught.

In practical terms, a pregnant woman can learn about nutrition and exercises that facilitate healthy growth and labor (instead of being unnecessarily medically induced). She could enlist prayers for the coming child, encourage siblings to help welcome the new one, and arrange for attendants at delivery (rather than attempt to do everything on her own).

MMS midwives encouraged women to be awake for birth in order to see the culmination of their months’ long project (as opposed to giving birth under general anesthesia). The sisters encouraged a conscious laboring mother to be “freely offering the work of delivery and doing it efficiently with full awareness of the part she is privileged to pay in this creative act of God.”

Birth crowns a season both preparatory and momentous in its own right. This CMI insight should inform our current birthways.

As medical supervision of birth has become the norm, women are flooded with information about pregnancy management while credit for safe delivery usually is given to the doctor. Women are encouraged to follow many prenatal rules with little recognition of how much their role matters. These attitudes don’t do justice to the task of childbearing.  Worth reclaiming instead is a view of pregnancy as women’s active labor with God in the making of new life.

Helping to make another eternal ensouled creature is a tall order. Birth should call forth help from others, too. The CMI saw this aid come in concentric circles surrounding the mother: family, other women, neighborhoods, and the church.

The CMI urged fathers to do housework during the pregnancy and stay with their wives during birth—a countercultural move in decades when most fathers were relegated to hospital waiting rooms. Now, a partner’s presence is welcome in the birthing room, and they can honor the work of pregnancy and birth by word and deed and with commendation, domestic help, and postpartum solicitude.

CMI midwives reported that after births, fathers gathered children or other relatives to pray around the mother’s bed. That’s a practice in which the whole family can participate today as well. As the CMI argued, “Having a baby is a family affair. Everyone should help prepare for it,” and everyone can rejoice at its culmination.

Pregnancy is working together with God.

The CMI also saw roles for the parish in supporting pregnant and birthing women. They said the first “apostle to the mother” should be “another mother.” Birth as an event relevant to the church is highlighted in the CMI’s use of birth as a metaphor for the church universal: One class explained, “Just as each of us begins as a single cell in the womb of our mother and gradually grows into hundreds of thousands, so too the Mystical Body of Christ adds on cell after cell as the church grows throughout the world.”

The MMS urged priests to be diligent in offering “blessings of the church for mothers.” Offering an occasion for women to be blessed and prayed over underscores the value of nurturing the woman and reiterates the parish’s concern for her.

Parish concern also can be expressed in practical help: meal trains, childcare, housekeeping, driving to doctor’s appointments, snow shoveling or lawn mowing, grocery shopping, or errand-running. These gestures affirm that since the mother has been engaged in the colossal work of bearing a child, others may lend hands with other tasks.

Too often mothers are viewed as solely recipients of these circles of support, but a mother contributes to the community in her own way by birthing a new person. Birth can awaken everyone to new and important community responsibilities. This is as true today as when the sisters proclaimed it to their patients.

The CMI helped many infants safely into the world in mid-century Santa Fe, New Mexico, but the order’s lasting relevance lies in its view of pregnancy as an invitation to cooperate with God in an important work. This experiment in maternity care deserves attention as a model for how Catholic faith might inform childbearing and how Catholic institutions might better support families in that work.

Agnes R. Howard teaches humanities at Christ College at Valparaiso University. She is the author of Showing: What Pregnancy Tells Us about Being Human (Eerdmans).