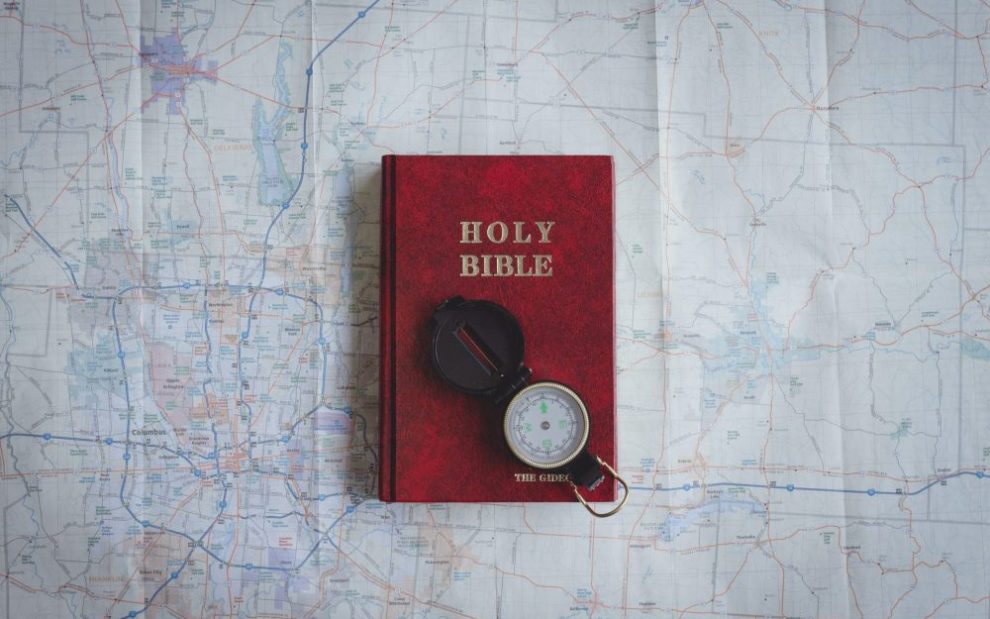 If I ever wanted a project to succeed and bear much fruit, it’s this one. And if there’s such a thing as an evangelical Catholic, Father Mike Schmitz is one. I say this with respect both for the evangelical perspective as well as for the sincerity with which Father Mike applies it. He’s the director of youth and young adult ministry for the Diocese of Duluth, Minnesota and serves as campus chaplain at the University of Minnesota Duluth. The man has charisma, talent, and faith, and he puts it all on the table with The Bible in a Year.

When I first heard about this project—365 podcast episodes of Bible readings in 17- to 25-minute segments—I admit to some skepticism. Having spent 25 years trying to get Catholics to invest in scripture as a living word, I wanted to say to Father Mike: “Good luck with that.” Ancient story is a tough sell. We tend to confine our sacred story to church—not to take it up in our cars or living rooms or along for the daily workout.

Let me also confess I don’t listen to podcasts or enjoy audio materials. Book lovers feel at sea without the printed page. Still, I downloaded a random, mid-January episode of the series to check it out. I was surprised by the simplicity of the enterprise. It really is a straight, if exuberant, reading from the Revised Standard Version Catholic Edition (RSVCE) of the Bible. Each segment involves two to three passages narrated end to end (mine were from Genesis, Job, and Proverbs). An often-brief reflection and prayer follow most readings.

I didn’t catch the appeal immediately. Apart from being hands-free, what’s the advantage to having someone else read the Bible to you? Won’t the mind wander if you listen to it while multitasking? Then I downloaded an hour’s conversation between Father Mike and scholar Jeff Cavins, whose The Great Adventure Bible and The Bible Timeline inspired the podcast. Cavins was raised Catholic, became a Protestant minister, and then returned to his Catholic roots. The two discuss the purpose of the podcast’s launch. Our worldview is inarguably shaped by the now standard immersion in media. Why not choose to be immersed in the divine word? Soak in it for a year—not just to get the stories, but to allow God’s will to emerge from the shadows of these texts to inform your vision. Whether you actually attend to each word almost doesn’t matter. The point is to let the inspired word wash over you and find its own penetration point in your subconscious.

Father Mike hopes the series bears three special fruits for the participants. First, that it shapes a new worldview grounded in God’s will. Second, that it roots listeners in prayer and meditation on God’s desire for the world—and for them personally. Third, that it creates a community of believers worldwide who aren’t just Christian by label but genuine disciples. It’s an ambitious goal. St. Paul would heartily approve.

Ascension Press, publisher of The Great Adventure Bible and these podcasts, is heavily invested in the project. Ascension Press is a lay-helmed, committed group of Catholics with a keen interest in apologetics. Will this perspective influence the content of the series? That remains to be seen.

Lives are transformed from deep encounters with Scripture. We could do worse than soak in it.

I listened to more podcasts after that. Father Mike’s reading voice is appealing and personable. He’s right in saying the Bible is more than inspirational quotes or lessons to learn. Lives are transformed from deep encounters with Scripture. We could do worse than soak in it. And truthfully, we can’t do better.