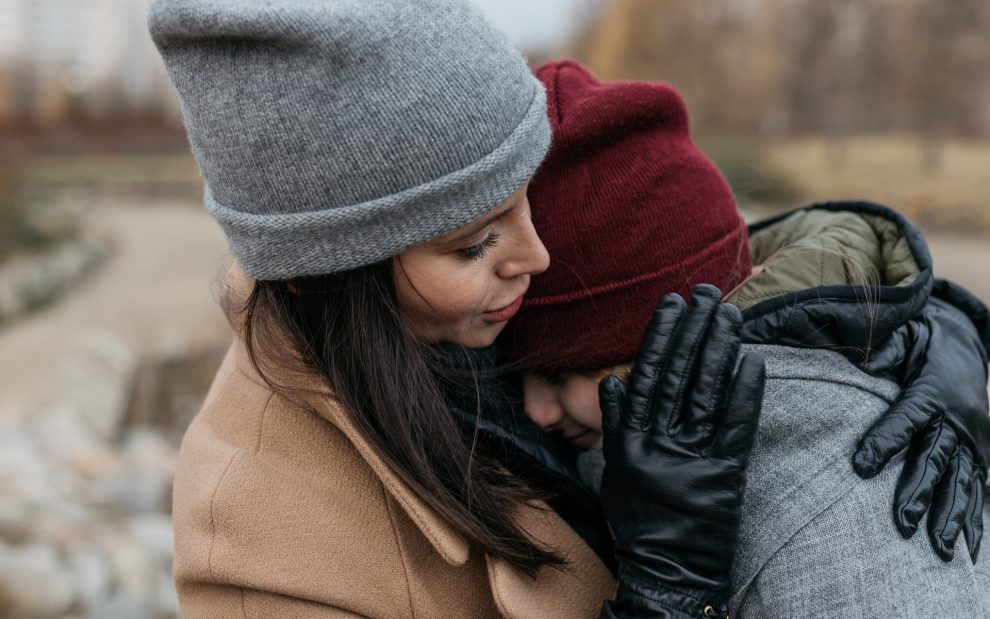 When I was 10 years old, I had a fight with my mom. I don’t remember what it was about: It could have been any of the thousand little battles that happen daily between parents and strong-willed children. I do remember, however, feeling so angry and powerless that, without thinking about the consequences, I screamed, “I hate you!”

I also remember my mom’s reaction. “You can be mad at me all you want,” she said. “Everyone gets angry. But to say you hate me—that’s something different entirely. That breaks the circle of love, and that’s something you need to fix.”

Most of the time we think of families as given entities. But what happens when even those seemingly unbreakable bonds snap? What happens when the circle of love is broken?

In today’s polarized world, we sometimes give up too easily on relationships previously presumed to be solid. Children stop calling parents because of political disagreements. Catholics leave a parish for another more aligned with their personal theology. Online commenters fling personal slurs at anyone with whom they disagree.

The Book of Genesis tells us that even God is no stranger to such hasty reactions. In Genesis, when God sees humanity’s evil, “the Lord was sorry that he had made humankind on the earth” (6:6). The result was the Great Flood that decimated all of humanity except for Noah and his family.

However, the story of Noah and the flood doesn’t end there. Despite committing, quite frankly, genocide, God offers restitution, promising never again to commit such a drastic punishment. Noah and God renew their relationship, with God saying, “I establish my covenant with you . . . never again shall there be a flood to destroy the earth” (9:11).

Today, we model our human relationships on that covenant. Communities of faith hold one another in covenant, promising to work toward the kingdom of God despite personal disagreements (and anyone who has been involved in a parish knows how deep those disagreements can go). Family members promise to love and support one another, even when things get rough.

Relationships don’t end with disagreements, no more than the story about my fight with my mother ends with me stomping to my room redoubling my assertion that I hate her or her refusing to forgive me for the next 25 years.

My husband and I have come to realize that many of our fights escalate the same way. “Did you leave this box on the floor?” I’ll ask. “Hey, I took out all the trash and did the dishes,” he’ll respond. To which I will reply, much more heatedly, “I almost killed myself tripping over this box!”

We’ve started trying to take a beat in those moments, to tamp down the defensive impulse that prevents us from holding ourselves accountable. So now when I ask if that’s his package on the floor, he’ll reply, “Oh yeah, sorry.” And when I see he’s spent 30 minutes cleaning the kitchen, I say, “Thanks for doing so much work around the house while I was in a meeting this morning.”

That is not to say we no longer bicker about household chores or who left the remote where (especially now while we both work at home). But we try to hear where the other person is coming from and to validate their perspective. We recognize that as long as we put in the work, the covenant we have with one another is never broken, never unfixable. We will always stay in relationship.

As we start off 2021, this is my wish: that we may all be prophetic and brave enough to hold up our covenant in our broken world in order to build the kingdom of God on Earth, whether with our families, fellow Catholics, neighbors, or friends.

This article also appears in the January issue of U.S. Catholic (Vol. 86, No. 1, page 7). Click here to subscribe to the magazine.