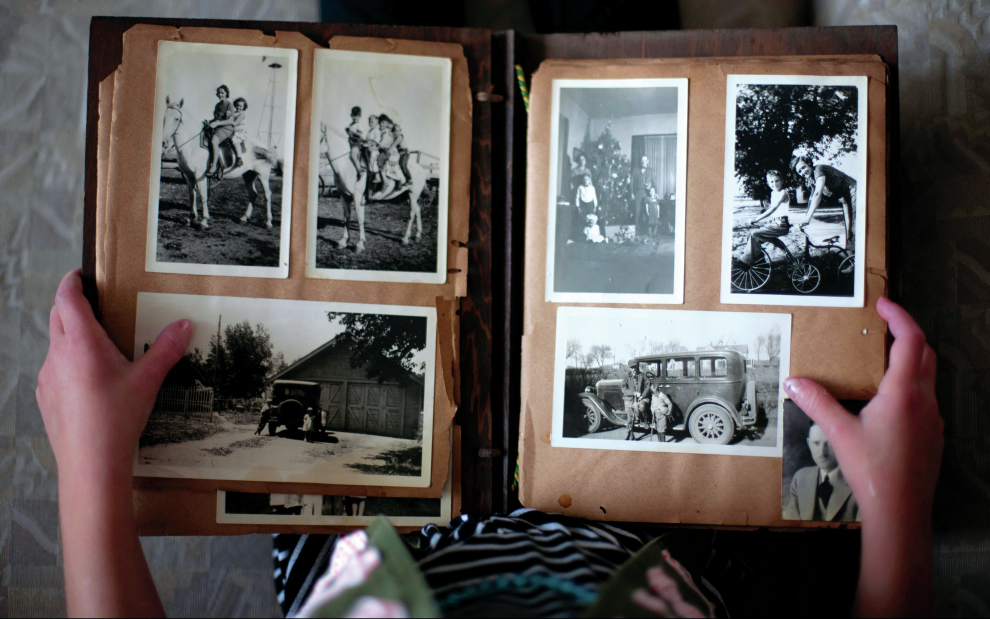 I am a descendant of French Canadian, English, and Italian immigrants. My ancestors came to the United States by boat, by train, and on horseback in search of a better life for their families and descendants. My French Canadian and Italian ancestors immigrated to the United States in the early part of the 20th century, as the economies in their respective home countries failed them. Some of my English ancestors were among the original settlers of Connecticut and Rhode Island. With the 400th anniversary of the Mayflower’s arrival in Massachusetts last year, I celebrate my 11th great-grandfather, passenger Edward Fuller, who also signed the Mayflower Compact.

Through studying genealogy, I have learned that my ancestors were hardworking community members who contributed to their local cultures, faith communities, and economies. They were farmers, woodsmen, mill workers, soldiers, politicians, and poets. My eighth great-grandfather, John Bronson, emigrated from England with the Rev. Thomas Hooker in 1633. They first arrived in Boston, which they subsequently left due to a disagreement with the Puritans, then moved to Hartford, Connecticut. There John was among the founders of the First Church in Farmington and operated a sawmill. His second great-grandson, Beriah Bronson, was a veteran not only of the Revolutionary War but also the French and Indian War. They helped pave the way for their descendants to live lives of freedom, believing in the new country called America.

Counted among my ancestors are also many women who often toiled in harsh conditions to provide for their large families. My second great-grandmother, Marie Olive Hebert Emard, who lived from 1820 to 1896 in Canada, was the mother of 23 children born between 1840 and 1869. Olive lived on a rural farm in Quebec with no electricity in a community with no hospital. She made her family’s clothes and washed them by hand. She grew and cooked her own food. I am continually amazed at what my ancestors accomplished in their lifetimes. They persevered—and, despite some of the conditions they endured, many of them thrived.

The values my parents taught me came through these ancestral lines, including to stand up for my beliefs. My ancestors protested the English monarchy during the American Revolution. My third great-grandfather protested national politics from a street corner in Bennington, Vermont in the early 19th century. In the late 1930s my paternal grand-father parked his car across the local train track in Salisbury, Vermont to stop the train that was scheduled to pick up his milk as he and other farmers went on strike. Numerous uncles on both sides of my family were veterans of World War II, with the American flag proudly flying in their front yards for many years. My ancestors’ experiences of faith, sacrifice, hard work, and perseverance inspire me. They paved the way for me to live fully the life God set out for me.

Throughout my tenure as a Catholic high school principal, I often asked students, teachers, and staff to reflect on this important question: Who are you? The way in which a person self-identifies shows much of what that person deems important. A person might identify by geography, ethnicity, gender, age, vocation, faith, values, hobbies, likes, or dislikes. Studying family trees can be an important tool in understanding our identities and the origins of our values, ways of life, and faith.

Exploring our family trees can also be a spiritual journey. Genesis 1:27 teaches that each human is created “in the image of God.” God creates each person to live in relation to specific people in a certain time and place, not to those in a different era or locale. That is significant: God created and placed each of us in particular ancestral lines. Often I bring that to prayer. I ask God to help me fulfill God’s mission for me here and now in relation to these people. Why has God placed me in this family line? Why these ancestors and not others?

The values my parents taught me came through these ancestral lines, including to stand up for my beliefs.

As I look at my family tree, it seems to me a miracle that I exist. Just think of it: If any one—just one—of my ancestors died at birth or in childbirth before my line continued, or didn’t marry my ancestor, or was killed in a farm accident or in war, I would not have been born. Any number of factors would ultimately mean I would not be here. Through studying genealogy, we can appreciate Catholic social teaching on the dignity and sanctity of every human life.

One of my favorite days of the year is December 17, a “late Advent weekday” according to the liturgical calendar. The gospel reading for that day is Matthew 1:1–17, the genealogy of Jesus. These are the first words of the New Testament: “An account of the genealogy of Jesus the Messiah” (Matt. 1:1). Thus, I have unofficially declared December 17 as a feast day for genealogists. Understanding one’s ancestral line was important for our biblical ancestors, so it should be for us too.

Reflect on Matthew 1:1–17, the family tree of Jesus. On the saintly side of the ledger, Mary gave her life to God in accepting the invitation of the angel to be the mother of Jesus. Joseph, her husband, brought Mary into his home while pregnant then raised Jesus as his own son. One of the five women mentioned in the genealogy of Jesus is Ruth, who was not Jewish. Ruth did not abandon her mother-in-law in her need, married Boaz, and thus became the grandmother to King David.

Jesus’ ancestors whose lives were a little more controversial include Jacob, who tricked his brother into giving him his birthright. David was chosen by God ahead of all his older brothers to be king. Yet he took another man’s wife as his own, having her husband killed so he could do so. Solomon built the magnificent temple in Jerusalem but sinned in wor- shipping other gods. God allowed Jesus to be born into this line of saints and sinners.

Although I count many ancestors whose lives centered on faith, family, and community, I have also found evidence in my family tree of arranged marriages, alcoholism, wild tempers, and a few farmers who allegedly burned their own barns for the insurance money. The genealogy of Jesus gives me hope. As Jesus descended from saints and sinners, so have I.

Why has God placed me in this family line? Why these ancestors and not others?

My search for identity within my distinct family line is not over. There are still questions to be asked and stories to be found. As I come to know my ancestors, both the saints and sinners, I realize that their stories are my stories. Their search for meaning and truth, which took some of them across continents and oceans, is my search. They live on in me, their descendant.

Even as God created us in the divine image and likeness, God also placed us in a particular family line. That realization started me on this search, which has taken me all over remote parts of New England and Canada. As God did for me, so has God done for you. Have you ever wondered why you are a descendant of specific ancestors? Why has God placed you in your line? What values have you inherited from your family tree? Exploring your family tree is the only way you will find that out. In doing so, you will meet some remarkable people whose lives will inspire you. Be ready to discover how they paved the way for you to be who you are today. You will see your ancestors as gifts and thus stand in awe and wonder before God who gave them to you.

Who am I? I am the proud descendant of a long list of people created and known personally by God. I carry their values and legacies within my heart and soul. They live on in me. I pray that one day we will be united as one family in the presence of God who created us and brought us together into a single family tree.

Bernard W. Bourgeois is a priest of the Diocese of Burlington, Vermont.