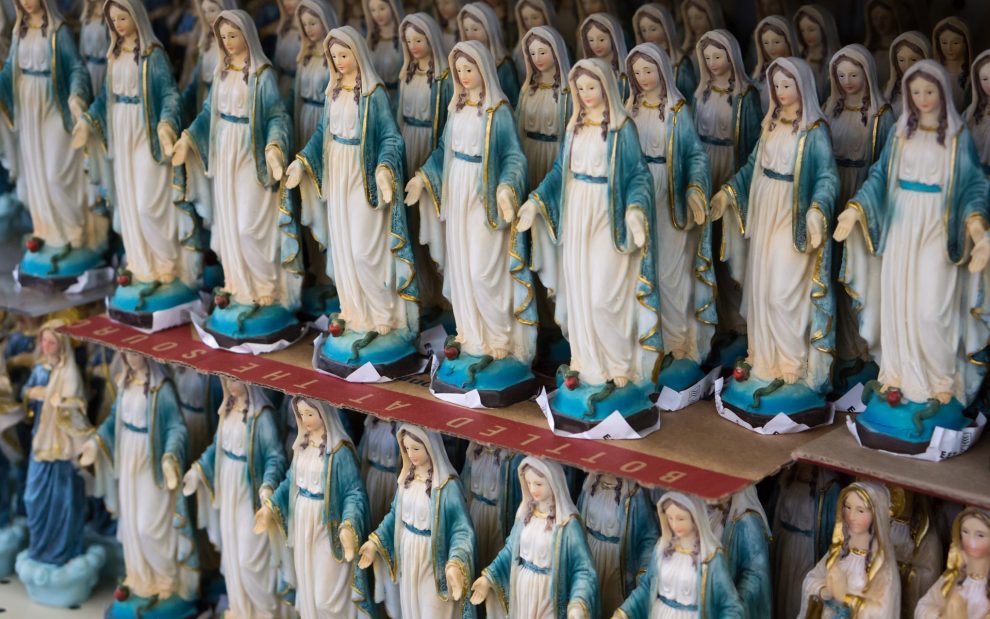 When my kids get upset that one of their friends is saying something untrue—something small, usually, with no bearing on reality—I typically respond by helping them to identify the falsehood, and then encouraging them to move on. It is not worth fixating on it, I say; you know the truth, and that is enough—the other kid is probably just trying to provoke a reaction, anyway.

I am tempted to say the same about the controversy over Jill Biden’s title, which began when Joseph Epstein wrote an opinion piece for the Wall Street Journal calling on “Madame First Lady—Mrs. Biden—Jill—kiddo” to “drop the doc” because she is not a medical doctor. Clearly, a man who never put in the effort to earn a doctorate himself is unqualified to comment on the difficulty or significance of doing so. We could all acknowledge the truth—that Dr. Biden has earned her title (and calling any woman “kiddo” is demeaning, regardless)—and move on.

However, that Epstein’s article spawned a rash of similarly sophomoric opinion pieces—e.g. Tucker Carlson Mocks Jill Biden’s Dissertation, Calls Her ‘Illiterate’;  Jill Biden’s Garbage Dissertation, Explained—reveals a deeper issue: too many people are willing to entertain the idea that a woman who holds her Doctor of Education degree might not actually deserve it, simply because a man has said so. The volume of newsworthy items occurring daily might make this story seem insignificant, but its poignant representation of misogyny and patriarchal structures makes it necessary to consider, again, the pervasiveness of such worldviews.

Throughout history, women have struggled to make their voices heard. Though there have been notable exceptions—including many Native American cultures, in which women hold considerable public influence—women historically have been viewed as the inferior sex and excluded from the public realm. Because of this prejudice, women who have chosen to pursue public means of social participation often identify themselves by their well-earned titles to assure their audience of their credibility—to level the playing field a bit by demanding this small concession of respect. Indeed, it is well-documented that the way we use names and titles influences our perception of authority, and women are less likely to be addressed by last name or professional title.

Epstein’s criticism of Dr. Biden has turned this into a catch-22: if women use their titles outside of select academic circles, they are “comic” and “fraudulent;” if they go by Ms. or Mrs., they are assumed to be irrelevant unless and until they can prove otherwise.

Full disclosure: I hold a doctorate in theology, and the dissertation that was the culmination of my efforts was comparably labor-intensive to the pregnancy and delivery of the two children I bore while writing it. This story is personal for me.

It is not insignificant that the story about the petty treatment of Dr. Biden by some men with microphones (and their female enablers) is vying for our attention during the Christmas season, when our church celebrates the birth of Jesus through his mother, Mary.

It is personal for women throughout this country: the 53 percent of doctoral degree earners in the United States who are female, though women are severely underrepresented in full-time and tenured academic positions; the female medical doctors repeatedly addressed as “Nurse,” despite the fact that women have surpassed men in medical school enrollment; the women religious in the trenches of encounter, who have dedicated their lives to Christ, but whose theological convictions often are dismissed or censured out of hand when they challenge standard clerical positions. In this culture, we tend to think that men carry authority; that women who dare to contradict the structural narrative defined by men may be belittled or justifiably ignored.

We should note, too, that the frustration is compounded for women who find themselves at the intersection of marginalized groups—women of color, for example. The gender and racial gaps converge for them, which places more obstacles in their path to full participation. (We have seen this overtly in recent months when Vice President-Elect Kamala Harris’s political opponents have mispronounced her name deliberately.)

Unfortunately, these intersectional injustices are perpetuated even within our church: In her essay “Faith of Our Mothers,” in Uncommon Faithfulness: The Black Catholic Experience, Diana L. Hayes writes of the difficulty of reconciling Catholic faith with an institution that has played a “role in affirming, exploiting, perpetuating, and upholding understandings of social constructs that have served to provide not only a language but a pervasive, hedgemonic ethos of subordination and oppression of women and persons of color.”

Mary’s words and presence must have been powerful and revolutionary, and they clearly mattered to Jesus.

It is not insignificant that the story about the petty treatment of Dr. Biden by some men with microphones (and their female enablers) is vying for our attention during the Christmas season, when our church celebrates the birth of Jesus through his mother, Mary. We likely have sung a number of hymns this month that give Mary the title of “meek and mild” Mother of God, and there is probably some truth in them—truth that can help us to quiet our hearts in assent to God’s wisdom, grace, and creative energy.

However, the record we have of Mary in the Gospels contains few of her words, so it can be (and often has been) distorted to imply that she was only quiet and submissive. As Susan Dehn Matthews argues in No Longer Silent: The Empowerment of Women in the Gospels, “Very little is preserved for us to listen to, and … we have been lulled into envisioning the women [in the Gospels] as detached, passive, silent observers of their own lives. Much about these gospel women has been ignored, forgotten, and silenced.”

A colleague of mine observed recently that when we see Jesus respecting the women he encounters in the gospels—when he breaks social barriers and dismantles conventions to ensure he treats women with the fullness of their dignity—we can thank Mary, at least in part, for raising him to do that. Mary’s words and presence must have been powerful and revolutionary, and they clearly mattered to Jesus. Thus, as Hayes puts it, Mary stands “as a symbol of hope and courage for so many women, poor and invisible, who, by their actions throughout history, by their willingness to stand up and walk out on faith, like so many black Catholic women have done, can bring about a new and better world for all of humanity.” Though Hayes is reflecting specifically on the Black Catholic female experience, this symbolic interpretation holds meaning for all women.

If we are to follow Jesus, then, we must be willing to listen to women, as he did.

If we are to follow Jesus, then, we must be willing to listen to women, as he did. But this, as Matthews writes, “requires a certain audacity.” It requires a willingness to question worldviews passed on to us by patriarchal social systems, and to adopt a new framework that highlights the voices of those who traditionally have been marginalized—it requires our assent to the creative energy of God, speaking through the wisdom of the lowly.

Pope Francis has proclaimed the new liturgical year the “Year of Saint Joseph,” and it may be promising—if somewhat ironic—to tackle gender disparity under his patronage. As Francis puts it in Patris corde, “The logic of love is always the logic of freedom, and Joseph knew how to love with extraordinary freedom. He never made himself the centre of things. He did not think of himself, but focused instead on the lives of Mary and Jesus.” Given that Francis has also expressed his conviction that a just recovery from the COVID-19 pandemic must involve increased leadership roles for women, we should take the Year of St. Joseph as a call to open ourselves to the wisdom of women, to “celebrate, rather than diminish” the accomplishments of women, and to pursue the vision women offer to the world, even—and maybe especially—when it challenges our traditional thinking.

TagsGender Mary women in the church