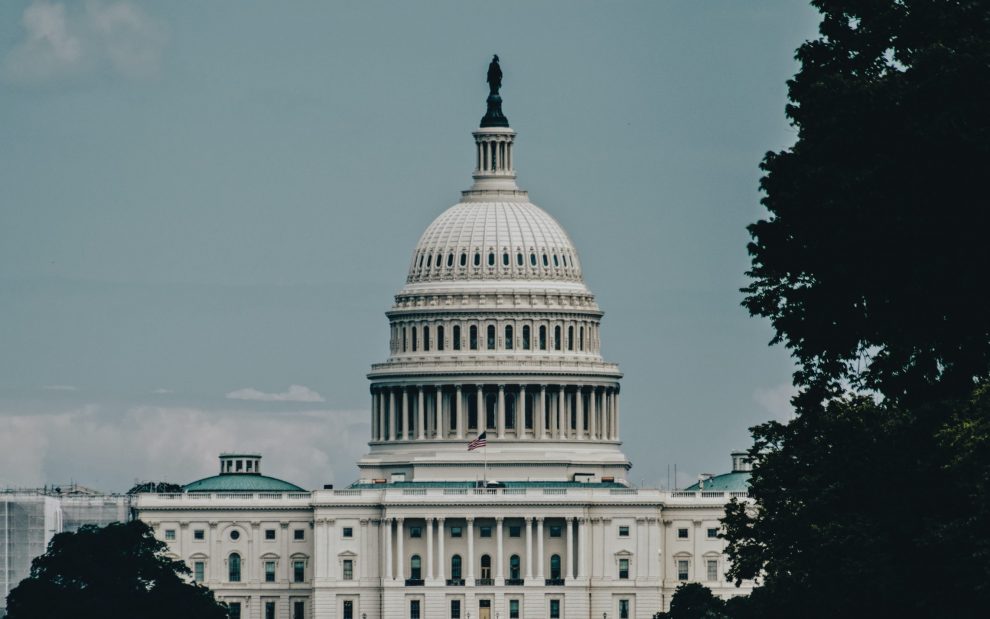 On January 6, mobs of domestic terrorists swarmed the Capitol building armed with guns, explosive devices, and other weaponry to prevent Congress from confirming Joe Biden’s presidential election win. Five people died in this violent insurrection. President Trump did little to quell the riot, which is unsurprising since he has spent the months leading up to it delegitimizing the election by pandering unfounded election fraud claims, and on the morning of January 6 he could be found whipping his supporters into a frenzy when they arrived in Washington D.C. at his urging. After some pressure, Trump did tell the insurrectionists to go home, but he affirmed their cause, repeated his election lies, and said, “We love you; you’re very special.” (As many have noted, the response of the president and law enforcement was in stark contrast to their treatment of Black Lives Matter protesters last summer.)

The response, however, did open the eyes of many loyal Republicans who had stuck by the president for the past four years (including 50 percent of Catholics). “Enough is enough,” said Lindsey Graham, echoing the sentiments coursing through the nation. I heard from Republican friends and family who distanced themselves from the cause and from Trump—“I don’t share those values!”

For those of us who have been sounding the alarm about Trump’s tendency toward authoritarianism, his manipulative power, and his dishonesty, expressions like this might seem too little, too late. The events on January 6 surprised exactly none of us. Had more people paid attention earlier—especially to people of color whose voices have been ignored or suppressed for too long—this could have been avoided. I’ll admit: I feel angry and betrayed by those who refused to pay attention.

But our God is merciful. As far as I know, Jesus never told anyone they were too late for redemption. Indeed, St. Paul’s conversion occurred as he led efforts to persecute Christians—Christ still captured his heart.

Those of us who have been convinced of the dangers of Trump and his cronies should learn from this: We always should engage in politics with the desire to see every person, even our political opponents, embody the fullness of their dignity—it should be this desire that motivates our protestations against the injustices they commit, and late conversion is always better than unrepentant persistence.

Though there is reason to be cautious, the newfound awareness of truth, if it is authentic, is cause for rejoicing—I pray it leads to authentic change. Let us extend grace, as far as we are able. Indeed, we are all susceptible to deception, and next time it could be us. And, as I wrote in an essay in Millennial, we ourselves should repent for the ways our righteous indignation has perpetuated division instead of facilitating justice.

As far as I know, Jesus never told anyone they were too late for redemption.

However, those of you just now waking up—you have some work to do. It is not enough simply to acknowledge that the man you have helped to empower has turned out to be malevolent. Your vote makes you complicit in his egregious behavior. The insurrectionists might not align with your values, but your values empowered the man who incited them. Public repentance and atonement are in order.

We can think again of Paul’s conversion experience: Paul was struck blind when the Spirit of God spoke to his heart. God instructed him to go to the city, where he sat for three days, unable to see and refusing food or drink. He then answered the call to use his life to preach the gospel.

It is my hope that those who are newly alert to the dangers of a Trump-inspired Republicanism will follow Paul’s example: recognize the Truth speaking to your heart and repent for the harm your actions or ignorance have caused; spend some time in prayer and reflection and listen—really listen—to those who have been harmed by your choices; and, finally, begin to advocate publically for justice.

If what we saw on January 6 really does not align with your values, it is time to prove it. Our votes have real consequences for real people—our neighbors. This is why it is critical that Catholics of any political persuasion do not wash our hands after casting our ballots. When we vote, we identify the candidate we believe will facilitate the nearest approximation of justice. But to the extent that all leaders will fall short of the ideals of our faith, it is our responsibility to work against the injustices our preferred candidates inevitably will commit.

The insurrectionists might not align with your values, but your values empowered the man who incited them. Public repentance and atonement are in order.

We need to realize that voting is just the beginning of our political responsibility, not its end. Donating to or volunteering for groups working for justice for the marginalized, writing to our representatives, submitting letters to the editor, and speaking up in personal conversations are some ways to do this. By advocating on behalf of those who are vulnerable, regardless of who we voted for, we maintain distance between ourselves and our party’s agenda. In other words, we assert our Catholic identity before our political one.

One final thought for those who recently realized they were deceived: Now that, like Paul, the scales have fallen from your eyes and you have realized that Trump is not who you thought he was, it is up to you to investigate other deceptions that may have been perpetrated by him and his administration.

For example, it is a lie that things like systemic racism, climate change, and the importance of mask-wearing during a pandemic are partisan issues. These are facts of the world we live in, not partisan ideology, and you should be willing to consider that you might have been manipulated into believing they are. Now is the time to listen, especially to those who have different experiences or areas of expertise than you, and to use whatever influence you have to urge members of your own party to address these critical issues.

If we continue to limit our political engagement to casting a ballot and to bristling when our respective parties are criticized, we will perpetuate our inability to see each other beyond our political persuasion. It will remain impossible to distinguish between extremists and those in the party who would censure their actions.

We should instead take an active role in holding our elected officials accountable and reordering the political arena. If we act with integrity, listen to the voices of those who are marginalized, and speak out on behalf of those who are vulnerable—in accord with the principles of Catholic social thought, which never should be considered a partisan weapon—I believe we will contribute to the healing of our nation and restore the relationships broken by partisanship.

We need to realize that voting is just the beginning of our political responsibility, not its end.

As Pope Francis puts it in Fratelli Tutti (On Fraternity and Social Friendship), “Recognizing that all people are our brothers and sisters, and seeking forms of social friendship that include everyone, is not merely utopian. It demands a decisive commitment to devising effective means to this end. Any effort along these lines becomes a noble exercise of charity.” And we all know what St. Paul had to say about charity.

So let us move forward, together, working to earn back our trust in one another’s moral goodness by pursuing justice through engagement and encounter, for we know that “love never fails.”