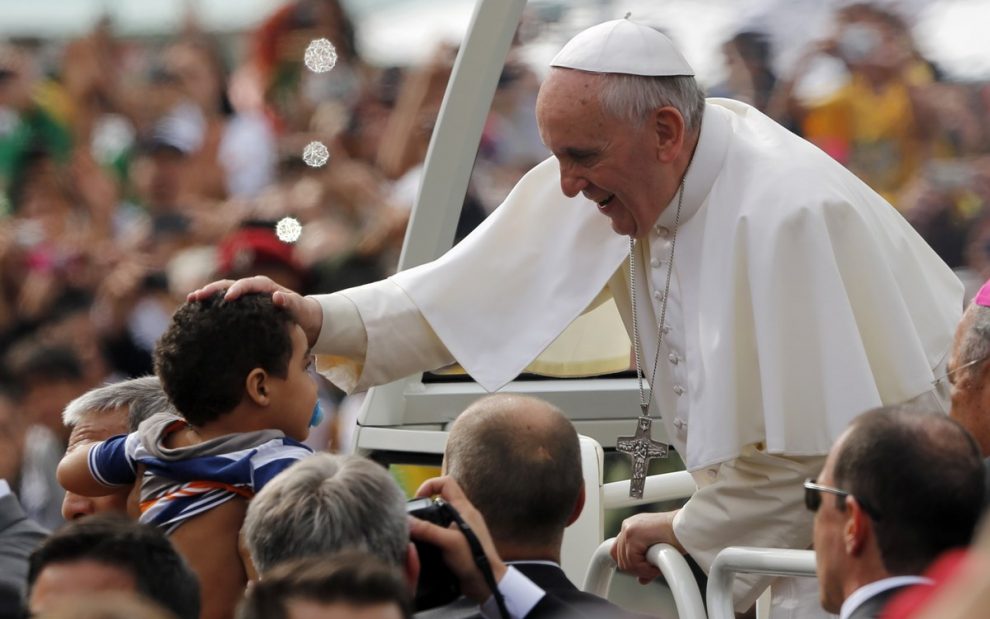 Let Us Dream: The Path to a Better Future

Pope Francis’ Let Us Dream: The Path to a Better Future (Simon & Schuster), written in collaboration with his biographer Austin Ivereigh, is an important addition to his textual corpus. In a relaxed and conversational tone, Francis poignantly captures the ills of today’s world and suggests practical solutions for overcoming them, both personally and systemically. Though the work does not contain much that is new—it is very much in keeping with the themes from his previous encyclicals, messages, and exhortations—it does invite readers to engage in personal reflection and nuanced dialogue on a more intimate level than his formal texts. Throughout the book, Francis deftly weaves personal anecdotes and reflection with sharp social critique and theological analysis. Readers will not escape unmoved.

In Let Us Dream, Francis sketches a transformative vision of society that reorients neoliberal priorities toward considerations of human dignity and the common good. Driving his argument is his conviction that the COVID-19 pandemic is an opportunity for change. Indeed, he writes, “This is a moment to dream big, to rethink our priorities—what we value, what we want, what we seek—and to commit to act in our daily life on what we have dreamed of.”

While some readers surely will condemn his visionary outline as “radical,” Francis invites us to consider why transformative change is necessary and, indeed, possible—especially for people of faith. In his characteristically pastoral way, Francis urges us to move out of this crisis by seeing, judging, and acting with the Holy Spirit, responding to God’s ever-present challenge: “Dare to create something new.”

The book is divided into three sections, in addition to the prologue and epilogue, and each one engages one aspect of the pastoral circle. Part One: “A Time to See” asks readers to adopt a new lens—one that views the world from the periphery rather than the center, for “you have to go to the edges of existence if you want to see the world as it really is.”

If we are to emerge better from this pandemic, says Francis, our response must be grounded in reality—in an integral ecology that sees the interconnection of social and environmental issues from the perspective of those most immediately affected. Seeing in this way, Francis points out, highlights the “hidden pandemics” of our world—the hunger, poverty, violence, and environmental degradation. To develop antibodies to these “viruses,” we must counter individualistic worldviews with concrete action that sows hope and works for justice.

Part Two: “A Time to Choose” explores aspects of discernment that should guide our actions. The criteria for authentic discernment, Francis writes, include being open to reality, and knowing we are loved by God and called to be a people in service and solidarity. Here, Francis suggests helpful ways to distinguish between the voice of the Spirit and the voice of the enemy: the voice of God, Francis reminds us, is gentle, encouraging, and full of hope—it illuminates the here and now and “opens your horizons.” The voice of the enemy, on the other hand, is insistent, accusatory, and contemptuous; it distracts from the present with fears of the future; and it closes us in on ourselves, enslaving us in rigid intolerance. Through quiet reflection and communal dialogue, we can discern the prodding of the Spirit and the way forward.

If we are to emerge better from this pandemic, says Francis, our response must be grounded in reality—in an integral ecology that sees the interconnection of social and environmental issues from the perspective of those most immediately affected.

In this section, too, Francis condemns the “isolated conscience” that rejects the progress fostered by dialogue in favor of ideological commitments. He suggests that we should encounter others—even those with whom we disagree—with open hearts and a willingness to build a shared future together. To assist in this endeavor, Francis emphasizes key values, based in Catholic social thought, that should inform our dialogical discernment: human dignity, the preferential option for the poor, the common good, the universal destination of goods, solidarity, and subsidiarity.

In Part Three: “A Time to Act” Francis exhorts us to “recover our sense of belonging, the knowledge that we are part of a people.” He explores the concept of “a people,” identifying the movement of the Spirit through the progress of peoples as the key to understanding the church in the world. Indeed, Francis writes, the church must serve to deepen the bonds of belonging, not through paternalism, but through encounter and accompaniment. By engaging with those on the peripheries—following the lead of those “social poets,” as Francis dubs them—we participate in the grace of God, which always “calls us together.”

Francis explicitly condemns certain injustices—such as trafficking, the exclusion of migrants, capital punishment, euthanasia, and abortion—as symptoms of distorted, individualistic priorities. He further condemns the movements and systems that foster these injustices—including populism, nationalism, neoliberal capitalism, and clericalism—for manipulating the people by sowing fear and distrust, or viewing the people as commodities to be controlled, used, and discarded.

It is impossible to miss the sharp condemnation of a certain political movement in the United States when he denounces “rallies where populist leaders excite and harangue crowds, channeling their resentments and hatreds against imagined enemies to distract from real problems”; or those protesting public health mandates as if they are an assault on personal freedom. He notes with incisive disapproval that such people are unlikely to protest against racism or the fact that children are living in shantytowns with limited access to education—evidence of disordered priorities.

He suggests that we should encounter others—even those with whom we disagree—with open hearts and a willingness to build a shared future together.

In light of this, Francis argues that our political and economic systems must be redesigned to prioritize dignity and the common good: every person must be offered access to a dignified life through sustainable means. This includes facilitating every person’s right to “land, lodging, and labor.” He proposes measures such as increasing the leadership of women in economic, political, and church structures, discontinuing the use of fossil fuels, and providing a Universal Basic Income.

Francis does a fine job of anticipating critiques and countering them—noting, somewhat sardonically, that “there is never a shortage of reasons for criticizing the Church, the bishops, or the Pope: either we are behind the times, or we have surrendered to modernity; we are not what we should be or supposedly once were.” These critiques, he argues, are used by Catholics of an isolated conscience to “justify withholding and separating themselves from the forward march of the People of God.” Though he offers reasons—spiritual and practical—to support his argument, I imagine his suggestions will turn off many readers who view them as political ideology rather than faith-based vision.

He proposes measures such as increasing the leadership of women in economic, political, and church structures, discontinuing the use of fossil fuels, and providing a Universal Basic Income.

Nevertheless, I hope most readers will not be deterred from engaging with Francis in his broader call for transformative ideas and action. As Francis emphasizes, sometimes walking together means being willing to live with disagreements—to make compromises with the knowledge that a temporary response to a problem is necessary until we land upon a just solution.

Let Us Dream will inspire readers to meet the challenge of our age—to emerge from the COVID-19 pandemic with deeper connections and more just institutions. While we wait and plan, Francis encourages us to look for the “overflow”—for the grace that moves us beyond preconceived ideas toward unexpected and creative encounters. Such overflows, he writes, occur “at the crossroads of life, at moments of openness, fragility, and humility, when the ocean of [God’s] love bursts the dams of our self-sufficiency, and so allows for a new imagination of the possible.” Will we dare to dream?