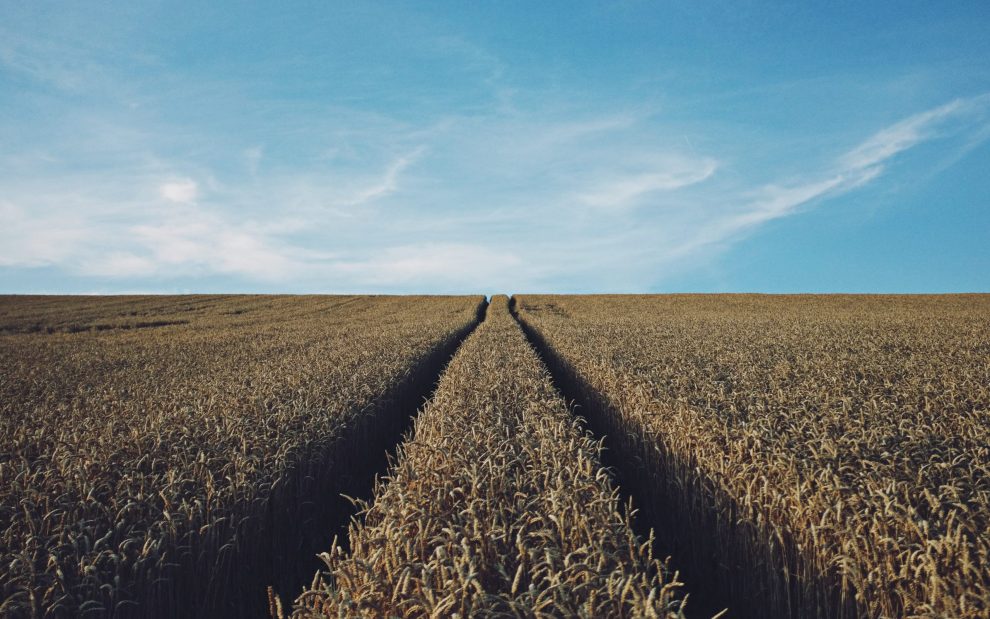 American Harvest: God, Country, and Farming in the Heartland

“All discussions of food and agriculture begin with the land,” writes Marie Mutsuki Mockett in American Harvest: God, Country, and Farming in the Heartland (Graywolf Press), her account of a summer spent traveling with the crew who had harvested her family’s wheat for decades. As she journeys northward following the path of ripening wheat, Mockett writes evocatively of the travails and triumphs of the harvesting crew out on the vast shifting landscapes of the American heartland.

Mockett views the heartland partially as an outsider but also as one with deep roots in the soil and the culture it sustains. The daughter of a Japanese mother and a Nebraskan father, Mockett is at home in the literary and arts worlds of California and New York but is also uniquely poised to comment on the white, conservative Christian culture of the Midwest. She stands astride what Eric Wolgemuth, the head of the harvesting crew, refers to as “the divide” in the United States.

Mockett’s conversations with her fellow travelers and those she meets along the way prompt further questions. What do we mean by natural or organic? How does one reconcile locality with diversity? Faith with intellect?

Mockett’s encounters are inevitably defined by her nonwhiteness, and her non-Christianity, in a culture dominated by white evangelical religion. When she confronts assumptions and prejudices that might provoke anger in others, readers who are inclined to become irate on her behalf are instead invited to join with her in pondering why people think the way they do.

Her patience pays off too: She makes surprising connections and evokes unexpected confessions about belief and doubt.

We cannot answer the question of what divides us without immersing ourselves in the history of this land we occupy.

Reading American Harvest, I was struck by the reality that we cannot answer the question of what divides us without immersing ourselves in the history of this land we occupy. This means understanding its geology, and on this topic Mockett is as affectionate and diligent a researcher as she is a nuanced reporter on human life.

But it also means understanding the human history: Who lived here first? What violence was done here? And how can we square the inherent contradictions in the legacy of Christian colonialism? Mockett captures this contradiction when she tells Wolgemuth about her experience of reading the gospels: “I felt like I was being cut in half. On the one hand, I was learning again how terrible man is to man. And on the other hand, I was learning why Christ’s message matters.”

Mockett shows that even if we are not all in this together, the divide is less total than we think.

The question of what divides us has become more painful and pressing in the short time since Mockett’s book was published in spring of 2020. American Harvest is pre-pandemic. It was written on the cusp of a new fragmentation, before the statement “we’re all in this together” was put to the test.

Mockett shows us that even if we are not all in this together, the divide is less total than we think. She leaves us on a note of optimism about our capacity to connect. Whether this optimism is justified or not remains to be seen.