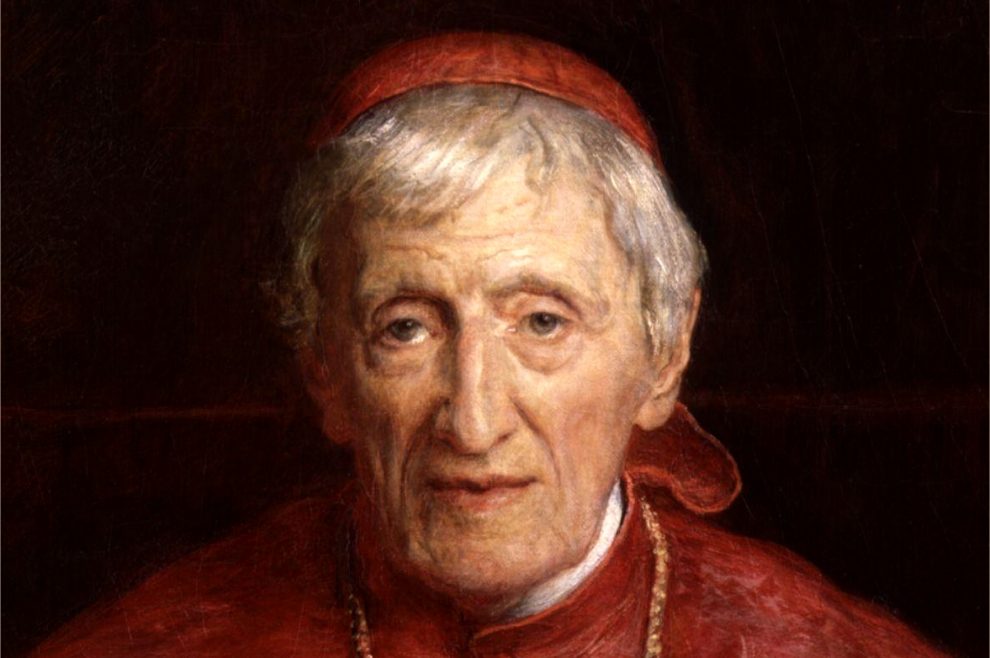 The first time I ever heard of John Henry Newman was in the summer of 1964. The Idea of a University was required reading for all incoming Georgetown University freshmen.

While duly impressed by the sheer erudition of Newman’s book (OK, I never did actually finish it), what I mostly remember is feeling mildly astonished that my corn-fed Midwestern mind could begin to engage the soaring ideas of this Victorian British churchman whose life experience was so different from my own. Little did I know that in time his example would be an encouragement for my own Christian journey.

Newman, an intellectual giant of the 19th century, was a prominent Anglican vicar and leader who converted to Catholicism at the age of 44. As is often true of holy people, church functionaries did not always appreciate him.

In 1859, as the editor of the lay publication The Rambler, he defended an article written by a lay Catholic school inspector who believed that if Catholic schools received money from the British state, they should welcome state inspectors. Newman apologized to irritated British bishops, but he also argued that since bishops had recently sought lay consultation in defining the dogma of the Immaculate Conceptions, they should also be open to lay perspectives on more practical matters. The bishops called for his resignation.

As his last act at The Rambler, Newman published an unsigned article, “On Consulting the Faithful in the Matter of Doctrine,” that listed 20 examples from church history in which the hierarchy got it wrong while the laity did not.

The most well-known is the fourth-century Arian heresy denying Jesus’ divinity. At the time most bishops were Arians, but the laity overwhelmingly maintained a staunch belief in Christ’s divinity. Newman argued “the voice of tradition may in certain cases express itself, not by councils, nor fathers, nor bishops but ‘the communis fidelium sensus’”—that is, the shared sense of the faithful.

Newman argued “the voice of tradition may in certain cases express itself, not by councils, nor fathers, nor bishops but ‘the communis fidelium sensus’”—that is, the shared sense of the faithful.

Newman’s essay became a foundational part of the Second Vatican Council’s teaching on the dignity of the laity. Pope Paul VI went so far as to call Vatican II “Newman’s Council,” because Newman’s thought was at the root of so many conciliar ideas.

Newman believed that church teaching is the result of both the laity and bishops “breathing together” (conspiratio). Therefore, a primary responsibility of both bishops and popes is to listen carefully to the faithful before teaching doctrine.

In the 1980s the bishops of the United States began the process of writing a pastoral letter on women, bringing to life Newman’s vision of consultation. I was one of hundreds of women around the country who participated in listening sessions conducted by diocesan bishops. For the first time, or so it seemed to us, Catholic women were being taken seriously. Excitement grew as we saw our views respected and integrated into the first draft of the pastoral.

For the first time, or so it seemed to us, Catholic women were being taken seriously. Excitement grew as we saw our views respected and integrated into the first draft of the pastoral.

The April 1988 draft included women’s voices of both affirmation and alienation. While acknowledging that the male priesthood was “an unbroken tradition” in Catholicism, the draft suggested that continuing reflection and dialogue on the topic would be valuable. It also asked for examination of opening the diaconate to women.

Nine years after the project had started, and after steady opposition from the Congregation for the Doctrine of the Faith headed by then-Cardinal Joseph Ratzinger, the final draft of the women’s pastoral had deleted women’s voices altogether, replacing them with voices from the Vatican stating that Jesus deliberately chose to exclude women from the priesthood by selecting only males as apostles.

To their everlasting credit, on November 19, 1992, for the first time in their history, the U.S. bishops’ conference failed to muster the two-thirds majority needed to approve the final draft of the pastoral.

Two years later St. Pope John Paul II issued Ordinatio Sacerdotalis proclaiming that the ordinary and universal magisterium taught that women couldn’t be priests. In 1995 Cardinal Ratzinger issued an opinion from the Congregation for the Doctrine of the Faith that the teaching was infallible. Ironically, as Pope Benedict XVI, Ratzinger would later beatify the author of “On Consulting the Faithful in Matters of Christian Doctrine.”

I have spent the last 20 years of my life working for lay empowerment in the Catholic Church. It is often a long, discouraging plod.

Or, as Cardinal Ratzinger said in 1990, “Newman had written his own experiences of a never-finished conversion and interpreted for us, not only the way of Christian doctrine, but that of the Christian life.”

I wonder if we have not been on a giant learning curve about how to implement the vision of the Second Vatican Council, so rooted in Newman’s own. It was probably miraculous that the U.S. bishops tried to consult the faithful at all. But they did. And while the outcome could be interpreted as a waste of nine years, history may see it as one of the church’s finest hours. I would like to think that Newman would be pleased.

This article also originally appeared in the May 2012 issue of U.S. Catholic (Vol. 77, No. 5). Click here to subscribe to the magazine.

Christine Schenk, C.S.J. is the executive director of FutureChurch. She has master’s degrees in midwifery and theology.