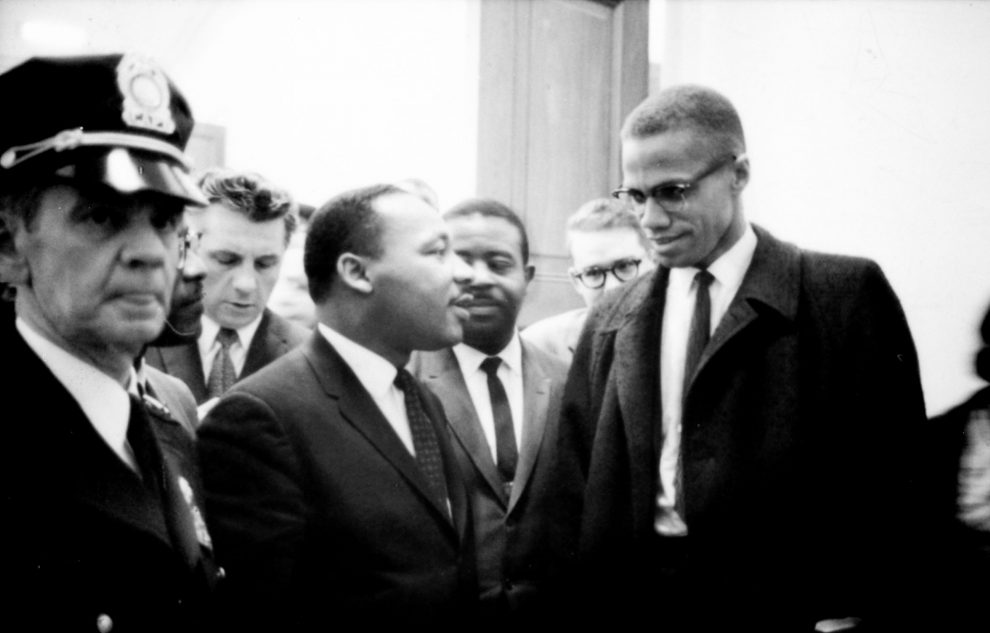 Truth is truth, no matter who says it. This is an idea I’ve heard and agreed with, repeated and utilized many times. Yet for some who find this message basically sound, it may make a difference who launched it into popularity: civil rights activist Malcolm X. If you find his legacy controversial or uneven, all of a sudden who tells a truth may affect your ability to embrace it.

The full context of Malcolm X’s message is even more illuminating: “I’m for truth, no matter who tells it. I’m for justice, no matter who it is for or against. I’m a human being first and foremost, and as such I’m for whoever and whatever benefits humanity as a whole.”

People of goodwill are hard-pressed to find anything objectionable here, and most would add an amen to this doctrine.

Every human story begins at a defined point over which we have no control and takes off on a journey that can land somewhere surprising and even remarkable. In between liftoff and landing, our journeys intersect points that may seem improbable from either end. The young Malcolm Little of Omaha, Nebraska would take a trajectory no one—least of all he himself—could foresee. His father’s officially ruled accidental death was attached to lingering suspicions of a racial killing. His mother’s mental collapse propelled Malcolm and his siblings into foster care.

Malcolm followed the predictable low road from there: dropping out of high school, dealing and pimping in New York City, finally serving a prison sentence near Boston by the age of 21.

That such an unpromising beginning would lead to an international spotlight is unlikely. Malcolm pursued an education in prison, got religion and new resolve through the Nation of Islam, and dropped the “slavemaster” name of Little for the letter by which he would become famous. That he was “mesmerizingly handsome,” according to one biographer, didn’t hurt his rise to prominence.

I’m for truth, no matter who tells it. I’m for justice, no matter who it is for or against. I’m a human being first and foremost, and as such I’m for whoever and whatever benefits humanity as a whole.

In a generation of ascending Black leaders—Martin Luther King Jr. and Elijah Muhammad, on opposite ends of the political spectrum—and Black celebrities such as Muhammad Ali and James Baldwin, Malcolm X was the sort of leader who made white listeners, and some in the Black community, anxious with his racially separatist and often incendiary rhetoric.

Malcolm X was still on an arc of political development when he was assassinated at the age of 39. By then he’d left the Nation of Islam to become a Sunni Muslim. Although scornful in the past of civil rights leaders who operated in the pacifist tradition, Malcolm X met with King in the last year of his life, hoping to create a coalition of Black activism to effect change. His association with white Muslims had led him to consider that racism might not find its only solution in separatism but might be
overcome in the mutual fight for justice.

After Malcolm X was gunned down, King wrote to his widow that he viewed him as a promising leader who “had the great ability to put his finger on the existence and root of the problem.” Although they disagreed mightily on the methods of social change, King never doubted that Malcolm X sincerely struggled to discover a spiritual vision for the problems of his race and for the human race.

Truth is truth, King might have reckoned of Malcolm X, no matter who says it.

Ours is a generation in which truth is no longer measured on its own merits. Truth is now inevitably tied to its source: NPR or Fox News or CNN, the Washington Post or National Review, EWTN or National Catholic Reporter, synagogue or science. It makes a difference which pope or president you quote, which flag you stand under. Those in one camp view any idea or action from another camp as objectively untrue, necessitating its rejection if not its vilification. Truth is only truth, we might say, if it comes from the right source—that is, from our side.

So we listen to a story from the Book of Numbers with no small sense of discomfort. Moses calls a meeting, and those who attend receive a bestowal of divine spirit on them, which causes them to prophesy exuberantly. Wouldn’t it be a miracle if today we had an assembly of 70 elders who became instantly imbued with a holy spirit to speak God’s truth to us? That we might all agree on the truth that hails from this group as incontestably reliable?

Ours is a generation in which truth is no longer measured on its own merits.

I try to imagine such an event befalling a random session of Congress, say, or a Senate breakfast perhaps. Nope. My creativity just doesn’t extend that far. How about a synod of cardinals or the next meeting of the United States Conference of Catholic Bishops? What if a prophesying spirit fell on your parish assembly next Sunday? Or your next family reunion? This Pentecostal experience of a gathering seized by the divine spirit is rare in scripture—and even rarer elsewhere.

But as astounding and unexpected as this event would be, what happens next throws a monkey wrench into the machinery of the miracle. Two more fellows, it seems, start prophesying as well. They didn’t attend the meeting. This makes their sudden inspired speech deeply suspect. Their authority to speak in this way is offensive to some who, like Joshua, want them shut down: “My lord
Moses, stop them!”

Truth is truth—so long as you were at the meeting. Truth is truth if you do it our way, join our group, pledge allegiance to our principles, and follow our rules. There is no truth outside of our circle. Your prophesy is garbage if it stands apart from our sanction.

You may have had the uncomfortable experience of hearing truth about yourself from an opponent. If you’re big enough, you can absorb such a valuable gift without spitting it out in distaste for the messenger. To remain open to insight from any corner is the gift of saints, but such humility is uncommon in partisan, ideological, or narrow alleys of thought.

This man with disheveled hair and dirty fingernails gave me a crisp assessment of the playing field that was better than anything I’d been reading in the papers. Then he added, “I can’t vote, of course, because I’m ‘undomiciled.’”

I remember, during a particularly confusing election year, sitting on a city curb with a man experiencing homelessness and asking him what he thought of the candidates. This man with disheveled hair and dirty fingernails gave me a crisp assessment of the playing field that was better than anything I’d been reading in the papers. Then he added, “I can’t vote, of course, because I’m ‘undomiciled.’ ”

Truth is truth. We’ve all voted for presidents who do things we wish they hadn’t, or heard religious leaders we dislike say things we agree with—though we may be unwilling to admit either thought aloud. When Joshua witnesses the divine spirit coming out of the mouths of the unauthorized ones, he wants it to stop. Moses tells his protégé not to be jealous for his sake. Frankly, Moses would prefer that the whole nation become prophetic. It would make his job a lot easier if the spirit of truth would become commonplace.

Imagine waking up tomorrow with ears to hear truth wherever it’s spoken. Imagine being tuned into the channel of truth, so that you can hear it louder and clearer than whatever flawed thinking it may be embedded in. Slips of truth fall from the lips of your bigoted neighbor, an annoying relative, the homilist you least prefer, your child in the midst of a tantrum, the swami on TV. Truth is truth.

Resolve to seek it.