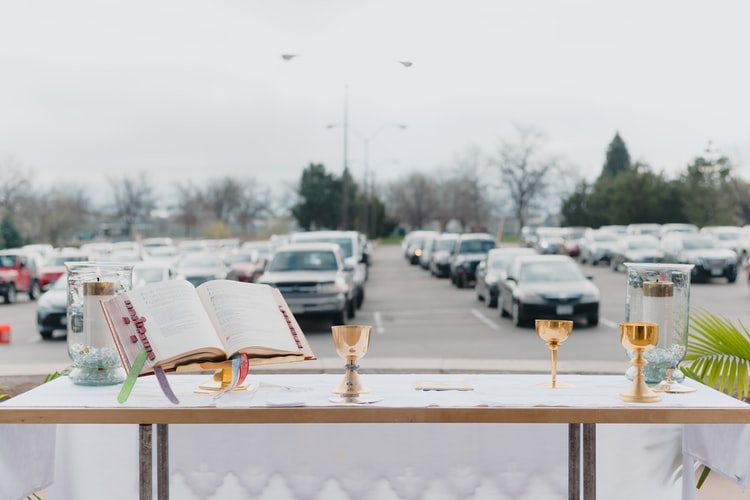 I have been blessed to be present at Masses where excellent women preachers gave homilies. Their examples and my experience of the difference that a contextualized homily can make inspired me to study preaching. However, when I signed up for a preaching class, my enthusiasm was not met with open arms. I had to convince the professor to let me take the class. Subsequent disappointment in seeking opportunities to practice what I learned has laid bare the reality that access to the church’s sacraments and any liturgical roles surrounding them is only made possible at the discretion and gratuitousness of men.

As October 6, 2019 dawned, I felt excitement as the Synod of Bishops for the Pan-Amazon region began in Rome. I was filled with anticipation. I had heard that women play a primary role in the Amazonian church and was convinced that their prophetic witness and example would be not only recognized but also affirmed and confirmed.

After all, the International Theological Commission’s Sensus Fidei (In the Life of the Church) determines that a community of faith should witness to Christ in the particular historical and cultural context in which they live. The historical and cultural context of the Amazon is one of women assuming leadership roles for the betterment of the community.

The stories of women taking on leadership roles in the Amazonian church and keeping the faith present are surely testaments that the Holy Spirit is alive and working. The church there has not fragmented: It has actually flourished, despite a lack of access to the sacraments. As shown by the vibrant, faithful witness of the Amazonian Catholics, having women at the helm of the church has been and continues to be a positive experience for their community.

I hoped that the women who so ably keep alive the liturgical and, to some extent, sacramental life of the Amazonian church would open the door for the rest of us to be considered equal participants in the church. However, this was not to be. Restlessness and despondency continued to grow within me.

This past May, as I sat in a recliner in my study connected by Zoom to my fellow parishioners and pastor, I had mixed emotions and many questions. I was angry, sad, and exasperated; we have had ample time as a church to respond to the difficulty in accessing sacraments and participation in liturgy. The Global South, which accounts for the largest and most rapidly growing percentage of the world’s Catholics, can attest to this fact.

One idea is to trust participants with more responsibility for the liturgy.

Even when faced with a pandemic that brought this reality to the forefront of almost every Catholic’s experience, the church responded in less than creative ways, resulting in only a small percentage of the faithful—the majority of them male clergy—being able to partake of the sacraments. Is this not contrary to all that has been taught about the centrality and importance of the sacraments in the lives of the faithful?

Since the novel coronavirus arrived in almost every country in the world, I have seen a number of priests in the United States try creative ways to ensure that people could still access the sacraments. Some held drive-through confessions and drive-in Masses during which, at the time of receiving the host, the priest would summon forth one car at a time and disperse the body of Christ, sanitizing hands between each car.

These ideas fall short because too much emphasis is placed on the office and function of the priest. They also do not take into consideration factors such as a lack of access to personal cars. Furthermore, these solutions will not solve the challenges brought about by the shortage of priests worldwide—challenges that are exacerbated by current church policies and structure.

While my ultimate desire would be to see women allowed to celebrate all sacraments, even without that yet becoming a reality we need to ask how we can ensure that all Catholics have access to the sacraments. One idea is to trust participants with more responsibility for the liturgy. While the pandemic rages on, the church should consider a scenario in which the priest consecrates hosts and packages them hygienically and extraordinary ministers of communion celebrate the Eucharist in homes.

We are the church that responds to the signs of the times.

Models of breaking open the Word outside of Mass already exist in small Christian communities (SCC) and in the many parishes and outstations that celebrate communion services in lieu of Mass due to a scarcity of priests. In SCC the daily readings and the gospel are read by any participant and, after a brief period of silence, anyone so moved can share their interpretation or understanding. Imagine how our faith could be enriched if we heard from all members of the body of Christ how the gospel is speaking to them.

Another idea finds its foundation on the Urbi et Orbi blessing virtually transmitted to us on March 27, 2020. Pope Francis cut a striking figure as he stood before an empty and wet St. Peter’s Square and raised a monstrance to the world. Although we were not physically there, we believe that the blessing indeed reached us, because God is omnipresent.

It drew a parallel for me with many non-Catholic televangelists who ask their followers to stretch out and touch their hands through their television screens to receive a blessing. Many Catholics treat this scenario with skepticism. Yet truly, wherein lies the difference?

The same Christ who made the Samaritan woman his first evangelist and who first appeared to women after his resurrection would desire to be accessible to the most vulnerable in these trying times.

I wondered then if every Catholic livestreaming Masses could have our bread and wine in front of us. Wouldn’t the act of consecration be conveyed effectively—just like during the Urbi et Orbi blessing? Could instructions on how to make unleavened bread or how to order the proper communion hosts and wine from legitimate institutions be given to households to facilitate this? After all, we are the church that responds to the signs of the times.

Less than 1 percent of Catholics in the world received the Eucharist at the height of the COVID-19 pandemic. That extremely small population consists of ordained men and other men who happen to live in community with the former. I think of many faithful but non-ordained chaplains (both women and men) who have been at the front lines of the pandemic accompanying those with COVID-19 but who cannot administer last rites or the sacrament of reconciliation. I cannot accept or believe that this is what Jesus intended. If the stories from the Amazon of faithful Catholic women celebrating the Eucharist were not our wake-up call to make sacraments more accessible to all, will the novel coronavirus pandemic do it?

The same Christ who made the Samaritan woman his first evangelist and who first appeared to women after his resurrection would desire to be accessible to the most vulnerable in these trying times. We must trust that the faithful have a reverence for the Eucharist equal to that of the clergy and religious who easily access it in the chapels of their communities and rectories.

As long as the sacramental solutions continue to revolve around men, we continue to create a great divide and an exclusivity that is contrary to what Christ intended when he instituted the church. The church should live out its prophetic and pastoral mission to the people of God in all circumstances.

TagsCOVID-19 Sacraments Women in the church

Mumbi Kigutha, C.P.P.S. is a member of the Sisters of the Precious Blood – Ohio who was born and raised in Kenya. She currently lives in Chicago and works as a part-time international consultant for the reconciliation and social cohesion department of the Jesuit Refugee Services.