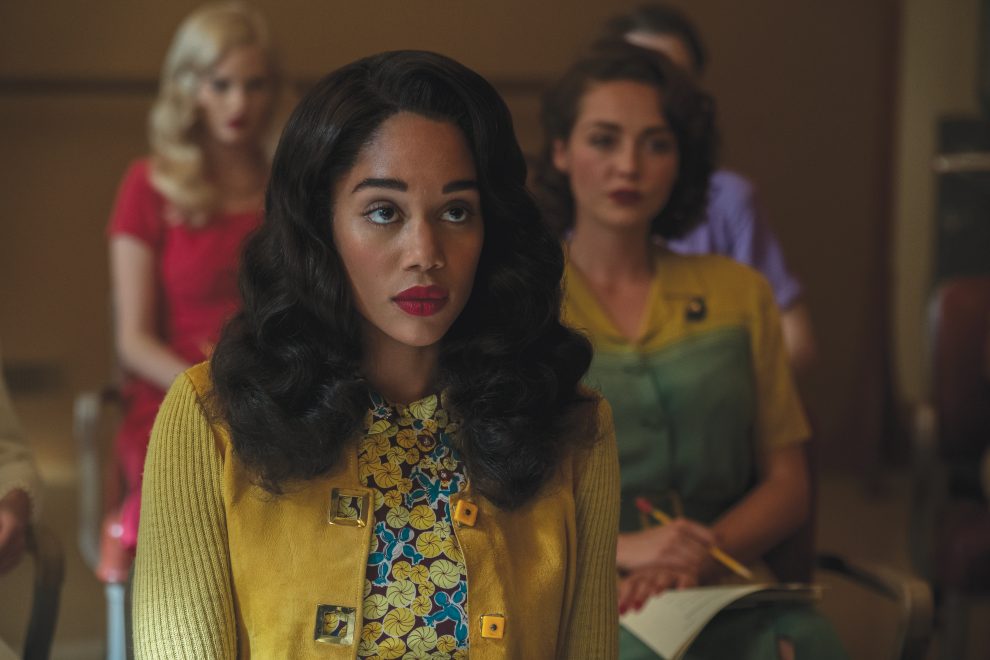 What if way back in 1947 Hollywood had produced films by Black screenwriters featuring gay actors for studios run by women? Would the world look different today?

The Netflix series Hollywood (2020) positions itself to address this question then doesn’t quite get around to confronting it. Regardless, it’s intriguing ground to cover, however incompletely, and if the thought-provoking discussion doesn’t happen on screen, it might still happen in living rooms after the credits roll.

The series weaves imagined stories of celebrities such as Rock Hudson, Anna May Wong, and Hattie McDaniel into an alternative, fantasy history that suggests racism, sexism, and homophobia might have been neatly sidestepped had the film industry just made more broad-minded casting decisions decades ago. Well, sure, that wouldn’t have hurt. Representation in media matters. But does it matter enough?

Only 25 days after Hollywood’s release, George Floyd was murdered in Minneapolis. The resulting national protests and violence reveal the naivete of the series’ hope that all the -isms of the world might disappear in a flash of camera bulbs along an accepting and tolerant red carpet. In reality, subordination creates life-and-death consequences that the series barely acknowledges, which disrespects the lived experience of people of color, the LGBTQ community, and women, among others.

Hollywood’s suggestion that long-standing systemic oppression can be swiftly remedied in a way that inconveniences hardly anyone (surely not the wealthy, powerful, white men who run the film industry) is disingenuous at best.

If the thought-provoking discussion doesn’t happen on screen, it might still happen in living rooms after the credits roll.

Brokeback Mountain was released in 2005, but it took 15 more years for the Supreme Court to rule that sexual orientation is not grounds for firing employees. Imitation of Life was made in 1934, but race and class issues remain pivotal and destructive in American life. Although these and other media don’t instantly improve the world, media representations of issues that divide us and define differences between us are of critical importance. So Hollywood is onto something.

Imagine the potential shifts in cultural and social attitudes had Brokeback Mountain run contemporaneously with High Noon (1952) and if indigenous Americans had been played by their descendants and in narratives more historically accurate. Imagine if Mary Ann had solved all the complicated problems on Gilligan’s Island (1964–67), if Shane (1953) had been Shayna, if Baby Boomers had been raised on a steady diet of television programs featuring female CEOs and superheroes.

Change media and you can change the world— eventually, hopefully, too slowly. Not without rooting out the privilege accompanying oppression. Not without addressing the stubborn tendency of humanity to return to tribal, gendered, racist, dismissive ways of categorizing various chunks of itself. Would that Hollywood had at least given that reality an acknowledging nod.

However, it does do something most films and television do not, even in 2020: cast wrinkled women. It is a sheer delight to see the gorgeous Patti LuPone and Holland Taylor strutting their elegant stuff and bringing wisdom, gravitas, and competence with them.

Change media and you can change the world— eventually, hopefully, too slowly.

Dylan McDermott is also dashing and charming as Ernie, a thinly veiled (OK, not veiled at all) version of an actual person, Scotty Bowers, who ran a gas/pimp station that provided gay and straight lovers for Hollywood celebrities. The documentary Scotty and the Secret History of Hollywood (2017) about Bowers is touching and provocative.

Queen Latifah, who steals every scene she ever walks into, is a solid, anchoring presence as Hattie McDaniel. Her performance, delivered with dignity and heartbreak, is one genuine note in the series about the real pain of racism. In reality, McDaniel, the first African American to win an Oscar, was seated during the Academy Awards at a segregated table far from the stage.

In Hollywood, Latifah’s McDaniel counsels a young Black actress not to allow the hotel to seat her off to the side, and the actress takes a front row seat over the protests of a white manager. This is both a triumphant and troubling moment, for it holds subjugated people responsible for their own oppression—as if simply refusing to be discriminated against would eliminate privilege and its consequences.

Michelle Krusiec is compelling as Anna May Wong, a Chinese American actress relegated to playing stereotypes. When The Good Earth was made in 1937, the real Wong wanted the part, but Luise Rainer played the lead in yellowface and won an Oscar. Hollywood reimagines Wong reclaiming her career with a new part and receiving the recognition she deserved.

Her performance, delivered with dignity and heartbreak, is one genuine note in the series about the real pain of racism.

It’s tempting to consider what film, television, and all of us might have become had media representation been dramatically different over the last five decades. Netflix’s Hollywood manages to provoke that idea, but it stops short and leaves us to imagine the social and cultural ripples ourselves.

Media do lead and can lead forward one step, backward two if that is how they are used. Media can reinforce resistance, block accurate representation, or challenge stereotypes. Media are tools that can be used as bludgeons or balms.

This article also appears in the September issue of U.S. Catholic (Vol. 85, No. 9, pages 36-37). Click here to subscribe to the magazine.