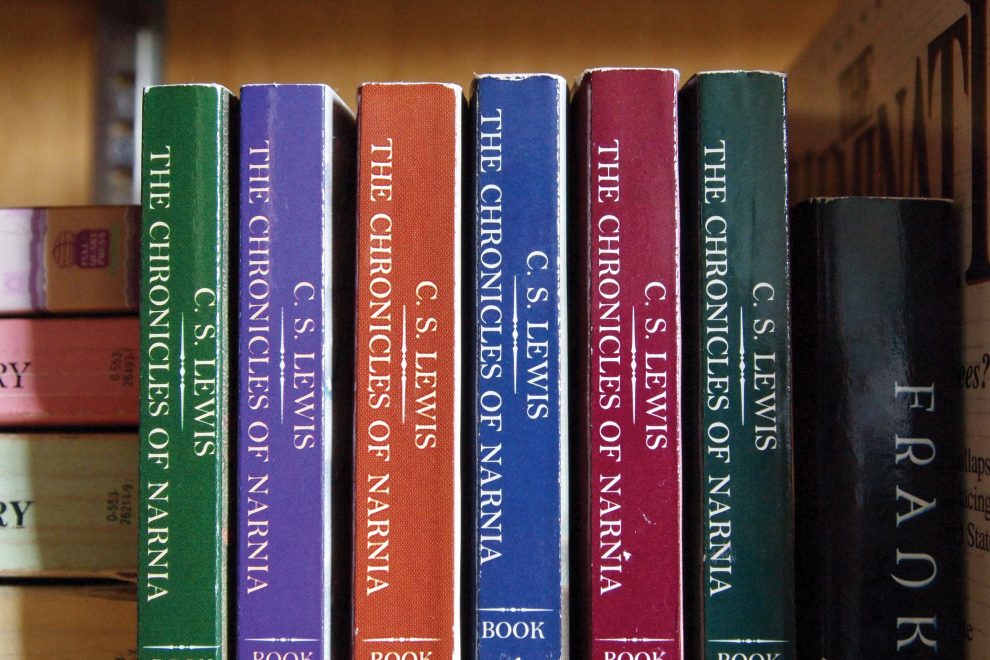 Before his conversion to Christianity, C.S. Lewis was stopped by a railway bookseller while preparing to board a train. He purchased a copy of George MacDonald’s Phantastes: A Faerie Romance for Men and Women, a book that ended up changing his life. This book, Lewis claims in Surprised by Joy (HarperOne), baptized his imagination. It began the process of preparing him for the story of the gospel.

It was MacDonald who showed Lewis a new way of reaching people: not through apologetics or theology but through imagination. Although this transition took a while to come to fruition, reading Phantastes made Lewis seek to do for others what he claimed MacDonald had done for him.

Even before his conversion Lewis was drawn toward storytelling and imagination. In his autobiography Lewis describes how as an atheist he believed that all the things he loved most—Norse myths and legends, Celtic myths, fairy stories—were lies: beautiful lies to be sure, but lies nevertheless. The things he believed most true, meanwhile—that the world is built on materialistic and atheistic principles—left him empty.

His mind began to change, however, after a conversation with his friends J. R. R. Tolkien and Hugo Dyson one evening on Addison’s Walk, a mile-long path around an island in Oxford, England, where the friends all taught. Tolkien and Dyson, along with other members of the Inklings—the literary society to which they belonged—helped Lewis see that myths can bear truth and that the imagination can be a truth-bearing faculty.

Lewis marks this conversation as the beginning of his return to the Christian faith. Tolkien helped him examine the role of imagination and myth in the story of Jesus Christ, pointing out that the gospel includes all the hallmarks of a great story: love that overcomes death, victory in the face of certain defeat, and a world made new. But he also went one step further, arguing that the gospel story isn’t just one good story among many: It’s actually the underlying truth to which all other stories point.

Lewis describes how as an atheist he believed that all the things he loved most — Norse myths and legends, Celtic myths, fairy stories — were lies: beautiful lies to be sure, but lies nevertheless.

In Lewis’ apologetical works, or works justifying the truth of Christianity, readers can see this commitment to myth and imagination. His writing is full of analogies to help the reader understand the truth of Christianity. In Mere Christianity (HarperOne), Lewis compares coming into the Christian life to a tin soldier being made flesh. The process, he says, hurts. It may hurt so much that the tin soldier may desire to stay tin. But in the end, this transformation is necessary.

But it is in his children’s literature that the connection between myth, storytelling, and the communication of truth becomes most obvious. In writing The Chronicles of Narnia, Lewis seems to have wanted to do for young readers (and old readers, for Lewis believed that any children’s book worth its salt should also be appreciable by adults) what Phantastes and Norse mythology had done for him.

It’s easy to assume the Chronicles are some sort of Christian allegory, especially in The Lion, the Witch and the Wardrobe (HarperCollins). Aslan equals Christ, the White Witch is Satan, Peter is the apostle Peter. Susan and Lucy are clearly the women who followed Jesus like Mary, Martha, and Mary Magdalene. Of course we must then ask, who is Mr. Tumnus? More important, who is Edmund? Is he Judas? But he is redeemed in the end. Is he humanity?

Lewis was trying to baptize our imaginations—not just for a kind of surface-level understanding of the Christian story but for one that allows us to understand the jovial temperament, the mercurial, the venereal, the saturnine, and so on.

However, time and again Lewis refuted that claim. In an essay, “Sometimes Fairy Stories May Say Best What’s to Be Said,” Lewis dispelled the notion that he set out to write about a list of Christian doctrines and hammer them into a story for children. Rather, for Lewis, the turn to fairy tales had little to do with children or the desire to communicate a list of Christian doctrines. Instead, he says, he was interested in giving examples of sacrifice, betrayal, and forgiveness.

As many have noted, Lewis began with images: that of a lion and of a faun carrying an umbrella and several parcels through the snow. The form, in many ways, came first. Of course he had ideas he wanted to communicate; all authors do. And yes, he chose the fairy tale to communicate them. But this, he explains, is because the form and its boundaries forced him to work in certain ways.

While it is clear Lewis meant to communicate various Christian themes though not allegories of set doctrines through his fairy tales, it is possible he had another theme in mind. Catholic priest and theologian Michael Ward argues in his book Planet Narnia: The Seven Heavens in the Imagination of C. S. Lewis (Oxford University Press) that Lewis also sought to communicate the medieval view of the world through the Chronicles.

Each book is governed by one of the seven planets of medieval cosmology. Lewis does this, Ward argues, because he believed the characters or archetypes represented by the medieval planets were powerful spiritual symbols. Lewis says as much in the introduction to an essay on alliterative verse before giving his own example, a poem about the planets.

Perhaps, at least for now, debates and “proofs” for God’s existence are no longer the best way to explain the faith to others. Perhaps we ought to do so through story, through art, and through beauty.

If Ward’s theory is correct, and many scholars believe it is, then Lewis was trying to baptize our imaginations—not just for a kind of surface-level understanding of the Christian story but for one that allows us to understand the jovial temperament, the mercurial, the venereal, the saturnine, and so on. Lewis saw the importance of communicating truth not only through theological treatises, however popularly written, but also, and perhaps even primarily, through story.

This notion of teaching through story is inherent to Christianity. After all, Jesus taught through stories. He explained concepts such as forgiveness, love for those who hate you, and the kingdom of God through stories, not through long theological treatises. No, the stories were not always understood by those who heard them. However, the point it seems was not always to immediately change hearts and minds but to prepare people for what was to come—his death and resurrection. Lewis takes cues from Jesus’ example, communicating deep truths about reality through the deep magic of Narnia.

Perhaps we ought to take this cue from Lewis and from Christ. Perhaps, at least for now, debates and “proofs” for God’s existence are no longer the best way to explain the faith to others. Perhaps we ought to do so through story, through art, and through beauty.

This article also appears in the September issue of U.S. Catholic (Vol. 85, No. 9, pages 17-18). Click here to subscribe to the magazine.