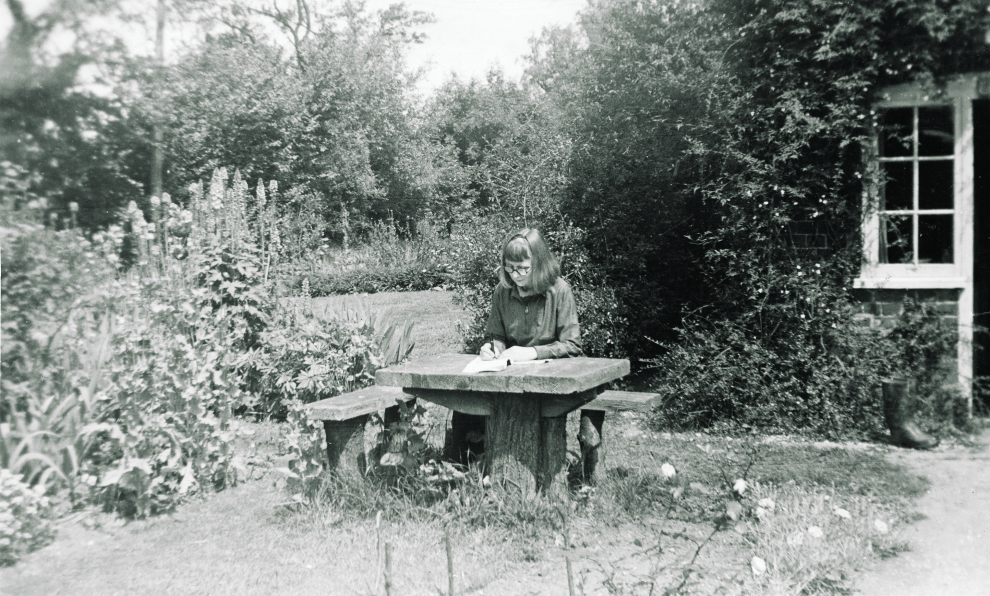 Caryll Houselander became a significant spiritual mentor for me in my 20s, when I found her book The Reed of God, about Mary and Christ. After that I read everything of hers I could find.

The mid-20th century English author wrote 15 books on Catholic spirituality, firmly establishing her as a significant catalyst of spiritual growth in an era when publications by a Catholic layperson were the exception rather than the norm. As with The Reed of God, each book presents a challenging spirituality based on Christ’s message: “What you do to others, you do to me” (Matt. 25:40). Houselander’s writings sculpted my desire to live a compassionate life united with the mystical Christ and to grow spiritually without yielding to a plastic piety.

The core of Houselander’s faith comes through her writings, which can be summarized in her own words: “Christ is everywhere; in him every kind of life has a meaning and has an influence on every other kind of life.”

Her life and books attest to this belief by the compassion she offered to those who bore any kind of suffering. The foundations of this spiritual practice evolved from her own experience with affliction, from the doctrine of the Body of Christ, and from her mystical visions.

Houselander certainly had plenty of suffering to lead her toward empathy for others’ pain. Her frail health began at birth, when she was not expected to live. She had an undiagnosed diseased appendix that led to severe illness in elementary school, know the trauma of childhood scrupulosity, suffered the divorce of her parents when she was 9, and lived through two world wars with air raids and bombings as part of her daily life in London. In her writings Houselander compared the experience of war to the Passion of Christ. Her final suffering came with breast cancer, which eventually took her life at age 52.

“Christ is everywhere; in him every kind of life has a meaning and has an influence on every other kind of life.”

While we live in a century other than Houselander’s, we also live in a world fraught with distress, pain, and war. If she were alive today, Houselander would be crying out for us to deliberately enter into our world of suffering with a spirit of Christ-like compassion.

Whether the suffering involves political issues like war and immigration, or personal issues such as mental illness or cancer, we can find inspiration to live a Christ-centered life in her writings. As Joyce Kemp notes, this timeless author’s life and work “carries within it the seeds of healing and transformation and an invitation to greatness of soul and a larger sense of life.”

Besides being an established author, Houselander was a woodcarver, liturgical artist, counselor of those with mental illness, and a mystic. Her visions motivated her to embrace those who suffered. In each of her three visions, she saw the suffering of the world as a reflection of the crucified Christ.

Her third vision is most central to the major theme in all her writings: an awareness of Christ’s presence in each person. While she was riding on a packed subway train, she had an intense clarity of Christ in everyone there: “He was in them, and they were here, the whole world was here, too . . . not only the world as it was at that moment, not only all people in all countries of the world, but all those people who had lived in the past, and all those yet to come.”

Houselander has been described as “a self-styled ‘neurotic,’ a chain smoker . . . a sharp-tongued critic of false religiosity, a zany and hilarious redheaded friend given to passionate attachments and driven by instinct to seek creative solitude.”

In this visionary moment, the Mystical Body of Christ became a lived reality for Houselander. I’ve never had a vision like hers, but Houselander’s experience convinced me that each person I encounter is to be met as “another Christ.”

Although Houselander was a mystic, she was grounded in ordinary life. She did not conform to religious and cultural expectations of how a “holy woman” should look. Houselander has been described as “a self-styled ‘neurotic,’ a chain smoker . . . a sharp-tongued critic of false religiosity, a zany and hilarious redheaded friend given to passionate attachments and driven by instinct to seek creative solitude.”

This description is reflective of those we too easily dismiss as not being worthy of religious acceptance: the tattooed and body-pierced person, the gay or lesbian person, the divorced and remarried person, and any who do not meet church rules and regulations.

Caryll Houselander can teach us much about how to be with those deemed unworthy of religious approval. Christ’s love for the poor and rejected emanated from Houselander’s presence.

Caryll Houselander can teach us much about how to be with those deemed unworthy of religious approval.

It was this very woman whom the broken and wounded sought for healing. Her outstanding capacity to lovingly accompany and cure those whom others had given up on, especially the mentally ill, came from her belief that each one was an extension of the wounded Christ.

A renowned psychiatrist said of Houselander that “she loved them back to life.” Can we do any less with the wounded and rejected ones in our life?

This article originally appeared in the August 2007 issue of U.S. Catholic (Vol. 72, No. 8). Click here to subscribe to the magazine.

Joyce Rupp, O.S.M. is a spiritual director in Des Moines and an author whose most recent books include Prayers to Sophia (Innisfree) and Out of the Ordinary (Ave Maria).