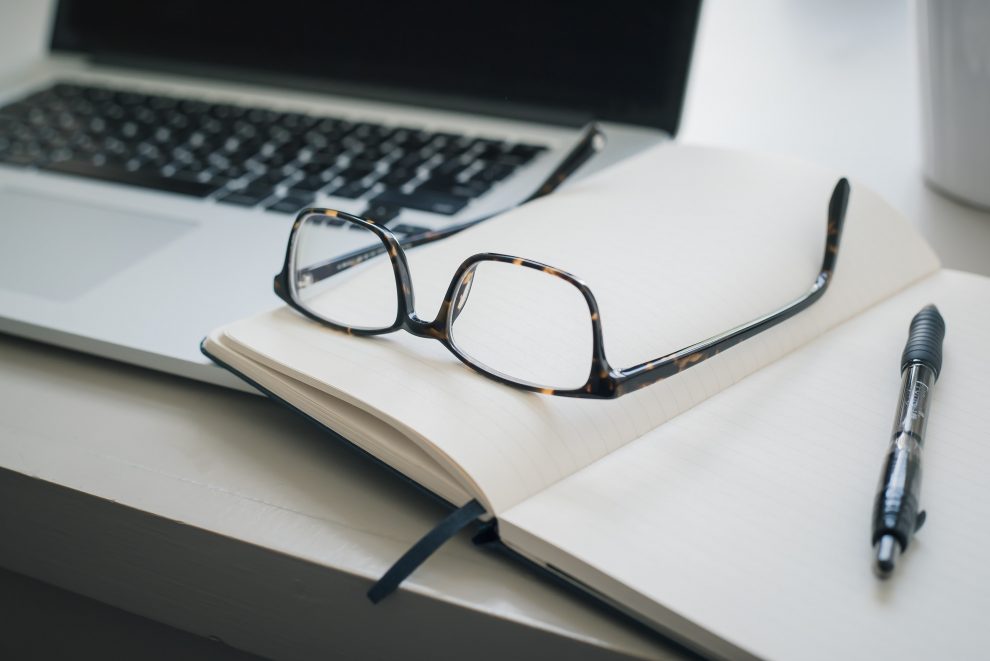 I was introduced to writer Brian Doyle only a year ago. I blame this on the fact that I’m a convert, not a cradle Catholic. In many ways, I think God was saving Doyle’s writing for me, waiting for the right time to reveal it as a gift.

In my mid-40s, I decided to pursue an M.F.A. in writing. Both my children had started school a couple of years back, and I began freelance writing. I saw my writing as a prayer, an act of worship, and a vocation to guide others to see God’s presence in the world around us.

But I hit a wall. I had gone as far as I could on my own. Wanting to go deeper in both my writing and my faith, I applied for an M.F.A. program that explored both.

One of our first assignments was to discuss Doyle’s essay “Let It Go.” In the short essay, Doyle recounts a night he was “at the very end of the end of [his] rope” and heard Mary speak to him, saying, “Let it go.” He writes, “I have no words with which to tell you how sure I am that it was the Mother. Trust me.” The “words hung sizzling in [his] mind for a long time.” I immediately connected with this, as I too have had mystical experiences. It is difficult to describe these moments without sounding . . . well, strange. But as a writer, you want to tell these stories, you want to share how God has met you and saved you in a moment of despair. Doyle’s words breathed life into my faith and my writing about faith.

Doyle was born in New York City in 1956 into an Irish Catholic family of eight children, a teacher mother, and a journalist father. His essays roll and tumble with stories of this large, lively, loving family until you feel as though you know these people or at least recognize them in the faces of those you’ve gone to Mass with throughout the years. Doyle received a bachelor’s degree in English from the University of Notre Dame in 1978 and worked at this very magazine, U.S. Catholic, and at Boston College Magazine before moving to Oregon.

He “never thought a cool woman would come close to understanding [him],” but his wife, Mary, found him and not only understood him but liked him. Together they had three children, who “emerged from [his] wife like a circus act” and in whom they delighted. In 1991 Doyle was named the editor of Portland magazine, where he led the helm while writing six collections of poetry, 13 essay collections, and seven novels.

In Doyle I found the kindred spirit I had been searching for. Like me, he found God in the ordinary. He wrote of dragonflies and Girl Scouts and hair scrunchies and favorite pants. He never wrote from the height of sanctity but moved adeptly between secular and sacred. Yet he knew God so much more intimately than I. Through his writing, I move deeper into God’s wondrous love until I feel overwhelming gratitude simply for being alive.

As a writer, Doyle both challenged me and gave me permission to play. I could use five adjectives if I wanted—sometimes five is better than one. I could use the word and several times in the same sentence. I could write a very, very long sentence that wraps down the length of the page, coiling back into itself, with a record 379 words (the actual word count of a sentence he was mighty proud of), as long as it all has to do with the same thing. I could also write a sentence with only one word if I wanted. I could have fun. Truly.

I live only one state over from Doyle’s home state of Oregon, so I thought it would be easy to send him an email expressing my gratitude, ask him to sign one of my books, maybe take him out to coffee, or at least become the president of his fan club. However, I was devastated to discover he had passed away in 2017 from brain cancer. I thought of his beloved wife, Mary, their now adult children, and his litter of siblings who seemed to love each other with a love to which I aspire.

Last September 11, as friends and colleagues posted their tributes for 9/11 on social media, I was astonished to see Doyle’s essay “Leap” repeatedly linked through my feed. I had never read it before and now here he was, duplicated on my feed. In the essay, Doyle writes of the horror of the estimated 200 people who jumped to their deaths from the Twin Towers. He focuses on one couple in particular who reached for each other and leaped holding hands: “No one knows who they were: husband and wife, lovers, dear friends, colleagues, strangers thrown together at the window there at the lip of hell.” Maybe it was a “reflex,” he speculates, “but they did reach for each other.”

He writes, “Their hands reaching and joining are the most powerful prayer I can imagine, the most eloquent, the most graceful. It is everything that we are capable of against horror and loss and death. It is what makes me believe that we are not craven fools and charlatans to believe in God, to believe that human beings have greatness and holiness within them.”

From beyond his grave and theirs, 10 years after 9/11, Doyle reached out to comfort and encourage us even in sorrow. In his last essay, “Last Prayer,” Doyle thanks God, saying, “Here in my last lines, I close my eyes and weep with joy that I was alive, and blessed beyond measure.” He writes, “No one ever laughed more at the ocean of hilarious things in this world, or gaped more in astonishment at the wealth of miracles everywhere every moment.”

I take Doyle’s voice with me. It gives me permission to look closer, to drink in silence, to ask questions, and to find God everywhere. Writer Pico Iyer said of Doyle, “Almost nobody has written with the joy, the galloping energy, the quiet love of conscience and family and what’s best in us, the living optimism.” Yes, I’d like to learn to write as he did, but most of all I’d love to live as he did.