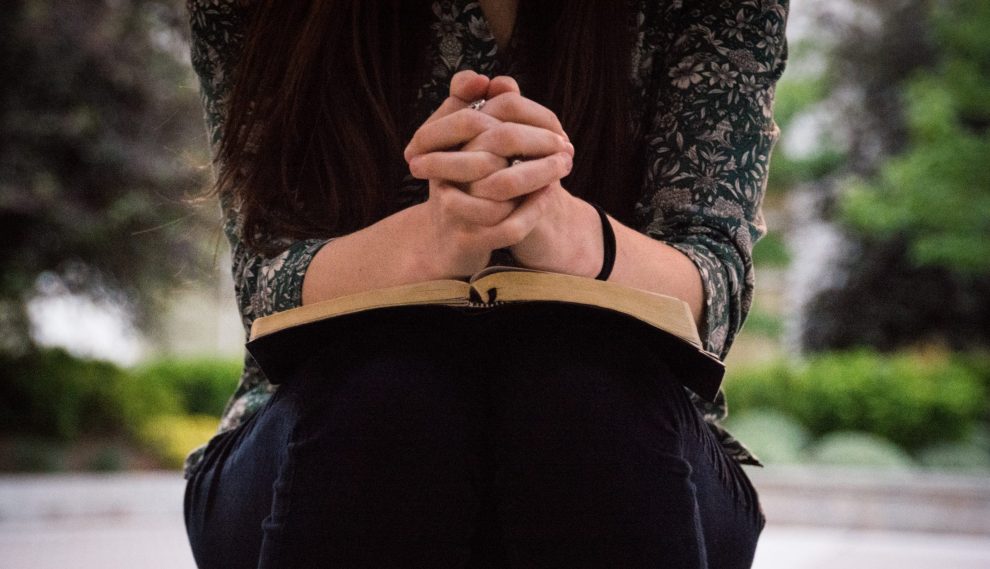 “I would hear white students use the n-word freely.”

“Sophomore year, the professor assumed that because I was Black, I attended an inner-city school and grew up in the ‘ghetto.’”

“My boss didn’t understand why tokenizing students of color in marketing materials was a bad idea.”

These are just a few of the stories shared in recent days, anonymously and publicly, by Black, Indigenous, and People of Color (BIPOC) at the Catholic university where I work. Someone created an Instagram account for BIPOC students and alumni to share their experiences on campus. Within four days, the account voiced more than 100 stories of racism, injustice, and suffering endured by BIPOC. Each storyteller speaks a painful truth. Hopefully their truths will serve as a wake-up call for a Catholic community that prides itself on “treating all as Christ.”

These are particular stories from BIPOC at a particular institution—however, the account reflects continued efforts by BIPOC across the country to call white-dominated institutions, including many Catholic parishes, schools, and other organizations, to improve their anti-racism efforts. In part, this is a call to eradicate the white supremacy seeped into policies, hiring practices, organizational culture, and other spaces at the institutional level. But the call of the current moment—a moment built on hundreds of years of oppression—also requires white people to discern the steps each can take individually to become more anti-racist.

Father Bryan Massingale highlights six places for white people to start in his National Catholic Reporter article, “The assumptions of white privilege and what we can do about it.” In this article, he lifts up a litany of reasons why it has been particularly painful to be Black in America the last few months. He focuses on the story of Amy Cooper, the woman who called police when a Black man asked her to leash her dog in Central Park, and the assumptions about white privilege she embodied in that encounter. Then Massingale offers action steps for white people coming to understand white privilege.

I outline Massingale’s steps here and suggest ways fellow white Christians discerning how to be anti-racist can take action through study, prayer, and work around a related social issue. I find the movements of study, prayer, and work—movements at the heart of Benedictine spirituality—offer a helpful, holistic framework for Christian response. This is by no means an exhaustive list. What would you add? In what ways will you commit to being anti-racist?

Understand the difference between being uncomfortable and being threatened.

Honest talk about race is going to be uncomfortable. There’s no way around it. Layla F. Saad, author of Me and White Supremacy, asks white readers to consider: “How have I been complicit in a system that was designed to benefit me through unearned privileges at the expense of BIPOC?” The list is long.

White people reap benefits for being born with white skin in ways that span many aspects of society: housing, healthcare, the education system, employment opportunities, and on. These white privileges come at great expenses for BIPOC—expenses that play out in a host of ways in different contexts. It could be easy to downplay or ignore the discomfort that is likely to arise when white people really consider the racial disparities at work. But the present moment is calling white people to wrestle with the discomfort.

Sit in the discomfort this hard truth brings.

Now is the time for white people to sit with what arises when we remember excusing a racist remark or clutching our purses around Black men or saying nothing when police make another Black body go limp. Let your face flush. Let your heart race. Let tears stream. Let your body, in all its God-given wisdom, feel the discomfort of racism.

“Our bodies have a form of knowledge that is different from cognitive brains,” writes Resmaa Menakem in My Grandmother’s Hands: Racialized Trauma and the Pathway to Mending Our Hearts and Bodies.  “The body is where we fear, hope, and react; where we constrict and release; where we reflexively fight, flee, or freeze.”

Menakem compares white supremacy to a “toxic chemical we ingest on a daily basis.” It is not just a theory relegated to the rational mind. It is a reality that pulses through the entire being. Therefore, white supremacy and racism must be felt as much as thought.

“If we are to upend the status quo of white-body supremacy, we must begin with our bodies,” says Menakem.

Admit your ignorance and do something about it.

Whitewashed versions of history dominate textbooks. Take, for instance, the story of Rosa Parks, the civil rights icon. During her decades of activism, Parks boldly defied social norms in pursuit of Black liberation. She called out white supremacy, strategized civil disobedience efforts, and faced death threats. Her famed bus ride was one of countless intentional efforts Parks made throughout her life to fight the evils of racism.

Too often students learn the whitewashed version of Parks’ story and significant other stories from the histories of BIPOC. It is long past time for white people to relearn, to remember in a more honest way, our common history.

Dr. Traci West calls this kind of recollection “a courageous, spiritual activity.” She says, “This kind of remembering requires you to hold the truth of the deliberateness of hate, to dwell on how certain groups and individuals were hatefully targeted, and to remember the historical context of the civil rights movement: white Christian terrorism.”

Thankfully, many great anti-racism resources exist to support this process.

Have the courage to confront your family and friends.

It will be awkward, no doubt. Confronting a loved one about their overtly racist actions is hard enough. But racism also perpetuates in moments perhaps less easy to catch. Cousin Ron says he “doesn’t see color.” Aunt Martha mentions her drive through a “bad neighborhood.”

Letting the moment slip by is certainly the easiest thing to do—but easy is not the Christian way.

“The most threatening racist movement is not the alt-right . . . but the regular American drive for race neutrality,” writes Dr. Ibram X. Kendi, author of How To Be Anti-Racist. His book details the difference between being not racist and being anti-racist. The latter demands people actively promote anti-racist policies and ideas. It is not enough to think your cousin’s racist comment is wrong but do nothing about it.

Catholic circles too often narrow the focus of “pro-life” to being about anti-abortion efforts. As a result, not nearly enough collective attention gets paid to the myriad of other issues threatening the spectrum of life, including racism. Massingale lifts up Saint Pope John Paul II’s summons to be “unconditionally pro-life.” The pope called on Americans to embody this pro-life ethic by working to “eradicate every form of racism.”

“One of the biggest criticisms of the [Black Lives Matter] movement is that a lot of activists are gay activists or are pro-choice, so we shouldn’t be in dialogue with them,” says Olga Segura, author of the forthcoming book, Birth of a Movement: Black Lives Matter and the Catholic Church. “But I think as Catholics, we’re doing a disservice to ourselves and our church when we say we’re pro-life but we’re unwilling to sit with the most significant civil rights movement since the 1960s.”

It is said many times in the wake of tragedies: thoughts and prayers are not enough. This is certainly true when “prayers” get cheapened to a few words posted on social media. But true Christian prayer, the kind Massingale encourages, is necessary for transformation—the kind of transformation that can dismantle the “soul sickness” of racism and inspire healing action.

In her book Disruptive Christian Ethics, Dr. Traci West writes, “The weekly practice of communal worship holds promise for providing Christians with a space to cultivate their ability to recognize and contest repressive cultural norms like white superiority.”

Praying for change and working for change ought not to be opposing efforts. The Benedictine framework highlights how prayer and work (and study, too!) move in tandem. A Scripture passage on justice rouses me to protest the killing of George Floyd. I bring what I learned at the protest back to prayer—and on the cycle goes.

What other study, work, and prayer ideas would you add to this list? May the Holy Spirit inspire each of us and our communities to become more anti-racist in the days and years ahead.

Image: by Olivia Snow on Unsplash