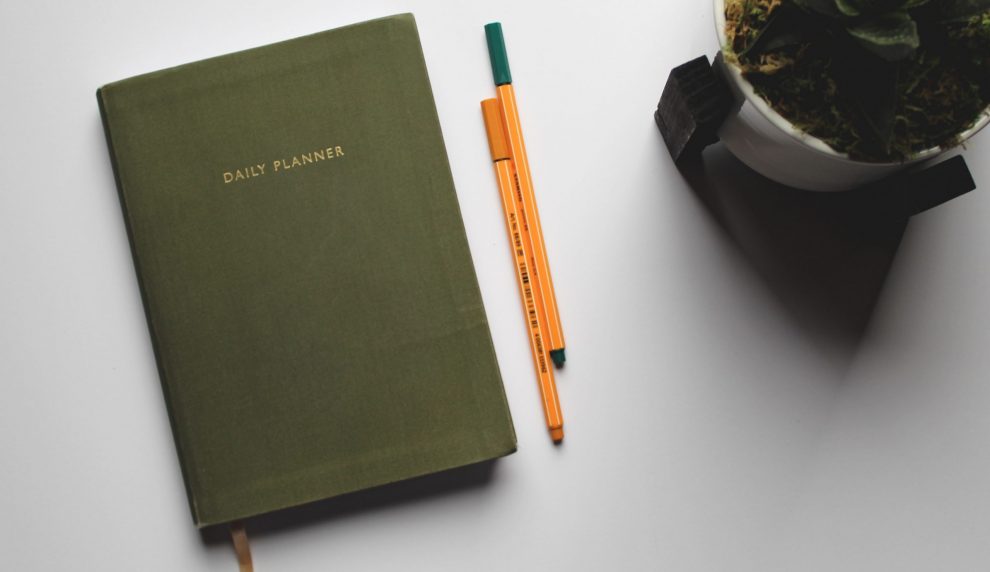 But with a little digging into church history and a deeper look into the modern practice of monasticism, you’ll find that the rules crafted by saints of centuries past have much to offer anyone who seeks to live a purposeful and reflective life in the present day.

The origin of monastic rules goes back to the fourth century, soon after the monastic movement originated in Egypt and Syria and then spread to the Western Mediterranean. Monastic rules were the texts that oriented a particular monastic community’s way of life—a handbook or manual of sorts. They established the basic organization of the community, offered guidelines for the abbot and other office holders, and detailed the spiritual practices and principles that formed the backbone of the community’s lifestyle.

Examples of well-known rules include the Rule of Saint Augustine, the Rule of Saint Benedict, and the Rule of Saint Francis. While these rules contain distinctions—each author had a particular vision for their community—they also contain many similarities. Unlike most books, their authors did not claim originality, but instead copied sections from other rules and drew from a common shared history: the lives of saints, monastic travelogues, Scripture and homilies, or talks on spiritual topics. Most of all, what the rules have in common is that they set an order to life, a rhythm for living as people of faith in a tumultuous world.

Monasticism, to be sure, is a vocational calling. For centuries, individuals have committed themselves to this particular way of life after experiencing a call, undergoing years of formation and making serious vows. But the ways of monasticism are for more than just the monastics and any individual seeking a meaningful and ordered life has much to learn from them.

For instance, joining the approximately 21,000 professed Benedictine monks and sisters around the world are an estimated 25,000 Benedictine Oblates. Oblates of Saint Benedict are individuals and families who have connected themselves to a Benedictine community and the Benedictine way of life in order to enrich their spirituality and guide their walk with Christ.

Similarly, Third Order, or Secular Franciscans, join the First and Second orders (the Friars Minor and the Poor Clares) in observing the Rule of Saint Francis of Assisi. The Third Order, founded as the Brothers and Sisters of Penance, “was devised by Saint Francis as a sort of middle state between the cloister and the world for those who, wishing to follow in the saint’s footsteps, were debarred by marriage or other ties from entering either the first or second order.” Today, the Third Order is by far the largest of the Franciscan orders, with hundreds of Third Order communities around the world.

And we have good reason to do so. Not only is there spiritual insight to be gained from the reading and practice of monastic rules, the rules—with their emphasis on the regular practice of certain behaviors—appeal to our modern desires for routine and order in a tangible and practical way.

And the modern desire for order and routine certainly exists. From books to blogs to podcasts to magazine articles, a glut of information pertaining to daily routines fills the cybersphere of the 21st century, with a Google search of the topic yielding over one hundred million hits. As the laws of supply and demand tell us, such an abundance of content wouldn’t exist without a demand for it. So, why the demand? Why are people so interested in how others start their days and manage their time, when they exercise, what they eat and where they do their best work?

Though a first glance may indict nosiness as the culprit (and the sub-genre of “What’s in your purse” YouTube videos layers on evidence for this accusation), I suspect that there is more to our curiosity about strangers’ rituals than mere meddling. We look to others for a sense of organization and routine because we crave order in our own lives, and it’s easier to get our fix through observation than through actual achievement.

As for why we crave order and routine? I’d suggest two reasons.

For starters, we yearn for order because life often seems inherently disordered. Bad things happen to good people. Natural disasters strike, wars erupt, and pandemics sweep the globe. We work hard, plan for the future, build savings accounts and make our best attempts at preparing for adversity, but when crisis inevitably unfurls—because none of us are immune to trouble—we often feel entirely unprepared for and destabilized by it.

No amount of planning can shield us from the chaotic unfolding of life, but when we find ourselves amid the chaos, routines and rituals help us to feel as if there is still order to be found. Anthropologists, sociologists, and philosophers have posited various theories of ritual over the years suggesting that operating through ritual practices and performances can contribute powerfully to a sense of stabilization and also the maintenance of society during troubling times.

The American novelist and essayist Marilynne Robinson evidences the power of personal ritual in her novel Housekeeping when a character seeks healing through the ritualization of otherwise mundane tasks like hanging laundry and cooking lunch: she “perform[ed] the rituals of the ordinary as an act of faith.”

In other words, rituals and routines enable us to control what we can control, which provides comfort as we confront the disordered nature of the outer world. I may be nearly powerless in the face of climate change, global violence, and disease, but if I can get my morning cup of coffee just right, I feel a little bit safer, calmer, and happier amidst the turmoil.

We also crave order because, as thinking and loving human beings, we yearn for meaning in life. We want our actions to have purpose and for our lives to matter. This desire for meaning manifests itself in our major life decisions (the career paths we choose, the partners to whom we commit our lives, the causes we support, the families we cultivate) and it also appears in the mundane details of the everyday (how we spend our pockets of free time, what we do when we can’t sleep at night, how we start and end our days).

Said another way, meaning is to be found in the day to day actions of ordinary life. As the nature writer Annie Dillard states, “How we spend our days is, of course, how we spend our lives. What we do with this hour, and that one, is what we are doing.” Schedules, rituals, and routines, completed with attention and intention, help us spend our time wisely in the short term, and live life well in the long term.

Read next: 3 monastic rules for ordering your life