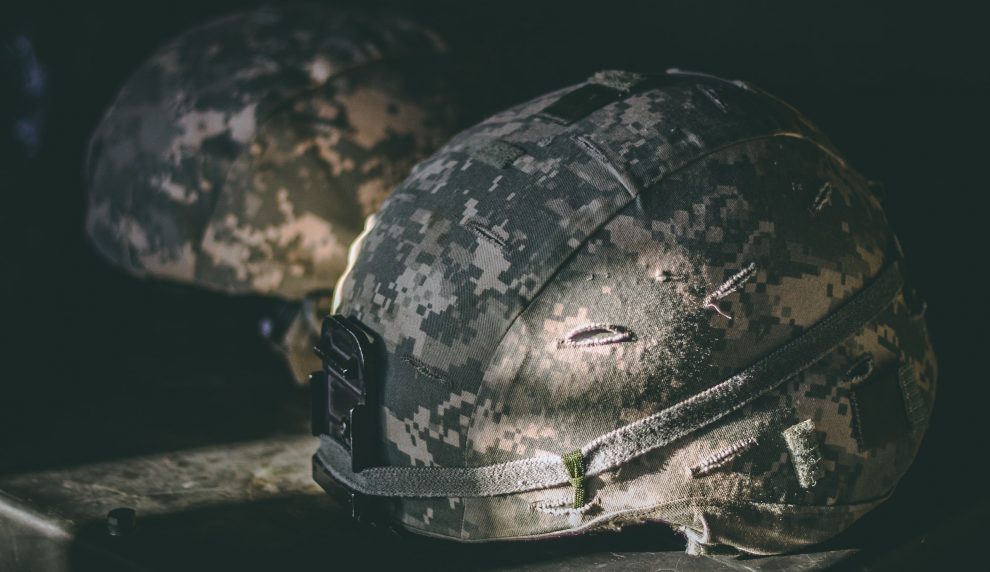 Christ preached turning the other cheek, doing good to those who persecute you, and loving your enemies. At the Sermon on the Mount, he reminded us that the meek will inherit the earth and that peacemakers shall be called children of God. With all these teachings on peace, what does that mean for Catholics who want to serve in the military?

That was a question in the fifth century when pagan warriors began defeating the armies of an increasingly Christian Roman Empire. Christians previously had largely avoided serving in the legions. The impression was that even if Christians served, they would be weak soldiers with their beliefs in peace and love.

When Rome was sacked in 410, the blame of Christians became intense. St. Augustine responded, arguing in his book, City of God, that not only could Christians take up the sword, but they would also be the best soldiers. This was because Christians would fight only in just wars. They would fight only for defense and only as a last resort. Moreover, Augustine insisted that the way Christians waged war would also be just. They would wage war only against combatants and would not endanger civilian populations. They would not be needlessly cruel and would be proportionate in the scale and severity of their attacks.

In the centuries since Augustine, his reflections about Christian soldiers have grown into what the church calls just war theory. These teachings include the humane treatment of prisoners, limiting collateral damage, what types of weapons are permitted, how to handle imminent threats, and much more.

Peacebuilding still recognizes a need for militaries and military service.

However, the church’s beliefs are now changing. Beginning with Pope St. John XXIII’s Pacem in Terris (Peace on Earth), papal teachings began shifting toward an approach called peace­building. This teaching reasons that wars are never justified. Pope St. John Paul II wrote to President George W. Bush that the Iraq War could not be justified. Pope Benedict XVI questioned whether any war could be called just. Pope Francis, speaking in Hiroshima last November, reiterated the arguments of his predecessors.

Peacebuilding does not necessarily mean Catholicism will become a peace church, embracing pacifism like the Mennonites and Quakers. Peacebuilding still recognizes a need for militaries and military service. This need is not to win wars, however. The function of militaries should be to establish conditions for conflict resolution and later for truth-telling, accountability, restorative justice, and reconciliation.

Weapons of mass destruction have no place. Military action should be not only defensive but also limited to actions that promote and hasten conflict resolution. And with conflict resolution, the hardest work of military forces begins: engaging in constructing and promoting the conditions necessary for restorative justice to enable reconciliation. In this, Catholics can be good soldiers, guided by their faith—not to wage war but to wage peace.

TagsGlad You Asked War and peace