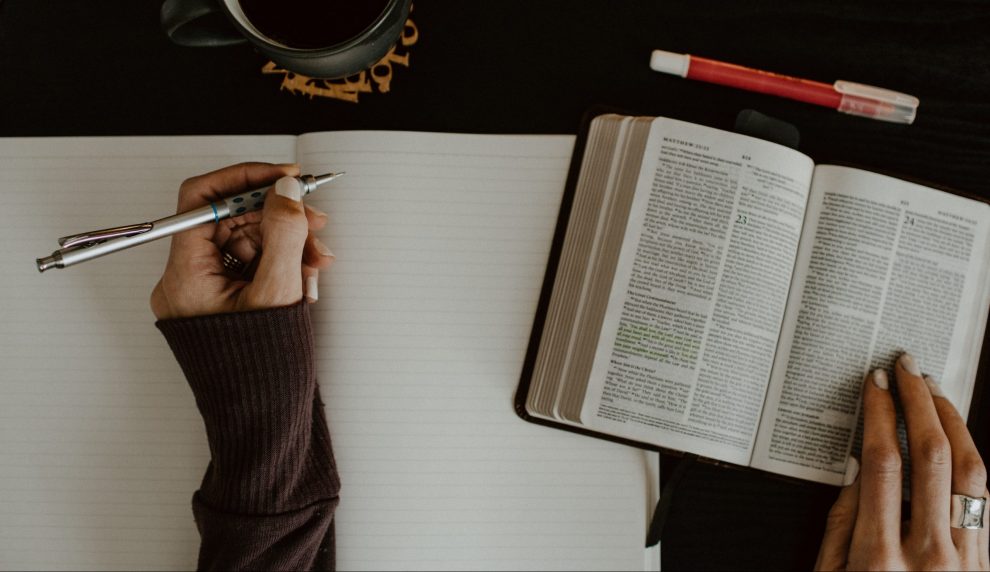 In the hundreds of years since their development, the monastic rules of Saints Augustine, Benedict, and Francis have ordered and oriented the lives of monks, sisters and lay people across the globe. Their emphasis on daily ritual, manageable though virtuous behaviors and everyday actions appeal to anyone seeking a deeper spiritual life, a time-tested order for cultivating meaning in the day-to-day rhythm of life, and guidance on prioritizing the things that matter most.

Here are a few suggestions for integrating their lessons into your own life:

The Rule of Saint Augustine

According to present evidence, the Rule of Saint Augustine is the oldest monastic rule in the Western Church, written around the year 400 for the community that Saint Augustine established in Hippo on the grounds of the bishop’s house. In his Rule—which is brief compared to others—Augustine primarily concerns himself with the overarching values and practices that lead to a community “being of one mind and heart on the way to God” (Acts 4:32). The Rule provides guidance for anyone seeking harmonious and fruitful community life, be it in a family, neighborhood, parish or work environment.

1.     Be careful with your words. The sixth chapter of Saint Augustine’s Rule addresses the basics of healthy communication: avoid using harsh words, apologize when damage has been done, forgive quickly and ask for forgiveness when needed. These instructions are simply stated, but difficult to execute. Start with a day or week-long challenge to yourself: as night falls, evaluate your communication in the past twenty-four hours. Did you meet Augustine’s mandates?

2.     Think communally: don’t keep score. A key theme throughout the Rule of Saint Augustine is the communal nature of property and the importance of distributing goods in a way that benefits the community at large. For instance, all clothing should be stored and distributed from a common wardrobe, but it need not be distributed equally, “for all do not enjoy equal health, but rather according to each one’s need.” It’s so easy to keep score of all things in life, to want things to be “fair.” Augustine calls us to let go of this way of thinking and to prioritize advancing the community, not private interests, in all circumstances. Consider this the next time you find yourself calculating who takes on more household chores, who donates more resources to a cause, and who gives more generously of their time and talents to the community. Remember that “fair” isn’t necessarily the highest aim.

The Rule of Saint Benedict

Written by Saint Benedict of Nursia in the mid-sixth century, the Rule of Saint Benedict consists of a prologue and seventy-three chapters that are informed by Benedict’s experiences as a monk as well as his reading and reflection on Scripture, the writings of John Cassian, and an anonymously authored text called the Rule of the Master. Like most monastic rules, this one provides explanations and directives about the basic monastic virtues of humility, silence and obedience, as well as offering instruction on the more mundane aspects of any life: work, clothing, sleeping arrangements, food and travel.

In its early days, the Rule spread quickly in part due to a papal endorsement from Saint Gregory the Great, who praised the document as “remarkable for its discretion and its elegant language.” Over the centuries, it has been copied, translated, and published over and over again, with generation after generation finding relevance in Benedict’s timeless wisdom on living a simple, intentional, spiritual life.

1.     Follow Saint Benedict’s prayer schedule. Saint Benedict devotes several chapters of his Rule to a discussion of the daily, weekly and annual prayer content, and his scheduling of the psalms is anything but haphazard. They are ordered in such a way as to teach lessons about the nature of life. For instance, the first psalm of each morning is a cry for help and the second is a song of praise. The consistency is pedagogical, reminding those who follow the schedule, day in and day out, of two steadfast realities: life is full of challenges but we face them with the accompaniment of a great God who loves and upholds us. Any person can benefit from a continual reminder of these realities, which replicating Benedict’s prayer schedule in your own context will accomplish.

2.     Reflect on your work. Benedict’s chapters on the nature and quality of work contain much wisdom for culture whose attitude towards our careers is dominated by the propensity to overwork—checking email at all hours, working seven days a week—until an early retirement, when a life of entire leisure takes over for the latter third of life. Benedict makes clear: work should be regular, worthwhile, productive, but not impossible. It should contribute positively to the world and to the life of the person doing it. Take some time to consider: What is the nature of your work? What place does it take in your life?

The Rule of Saint Francis

Whereas Saints Augustine and Benedict each established one rule, Saint Francis inspired three during the early 13th century: one for the Friars Minor, one for the Poor Clares (which contains Franciscan themes, though it was written by Saint Clare), and one for the Brothers and Sisters of Penance. But even as each of the Rules are distinct, their spirit is the same, as they contain similar emphases, if not identical wording on key aspects.

1.     Let the Gospel guide you. Saint Francis places the Gospel of Jesus Christ at the center of his Rules, with opening paragraphs in each noting the paramount importance of careful reading and observing of the gospel. To the Third Order, Saint Francis suggests “going from gospel to life and life to gospel,” and I find this instruction both poetic and practical. It tells us: open your Bible. Read about the life and teachings of Jesus. Do as Jesus did and said. And take whatever life hands you — fear and hope, joy and sorrow, peace and anxiety—and read it in light of the Gospel. Let the Gospel weave its way in and out of the fabric of your experiences.

2.     Live simply. First and second order Franciscans commit to a life of total poverty, involving no personal ownership of anything, and while this isn’t possible in the same way for Third Order Franciscans, they, too, commit to lives of simplicity. Saint Francis writes, “Let the Secular Franciscans seek a proper spirit of detachment from temporal goods by simplifying their own material needs. Let them be mindful that according to the gospel they are stewards of the goods received for the benefit of God’s children.” This instruction is one that any spiritual seeker could benefit from observing. Consider what detachment from temporal goods might look like in your life. Could it include a refusal to buy new clothes or household items for a year? Could it involve donating your excess resources more generously?

Monastic rules provide guidance for life well lived before death. While for most of us, life as a monastic is the road not taken, we are not barred from enjoying the wisdom of Saints Augustine, Benedict, and Francis. We, too, can read and integrate aspects of their Rules into our lives, as hundreds of thousands of spiritual seekers before us have done. May we have the clarity and courage to listen and enact their precepts.

Read next: Why monastic rules appeal in the midst of chaos