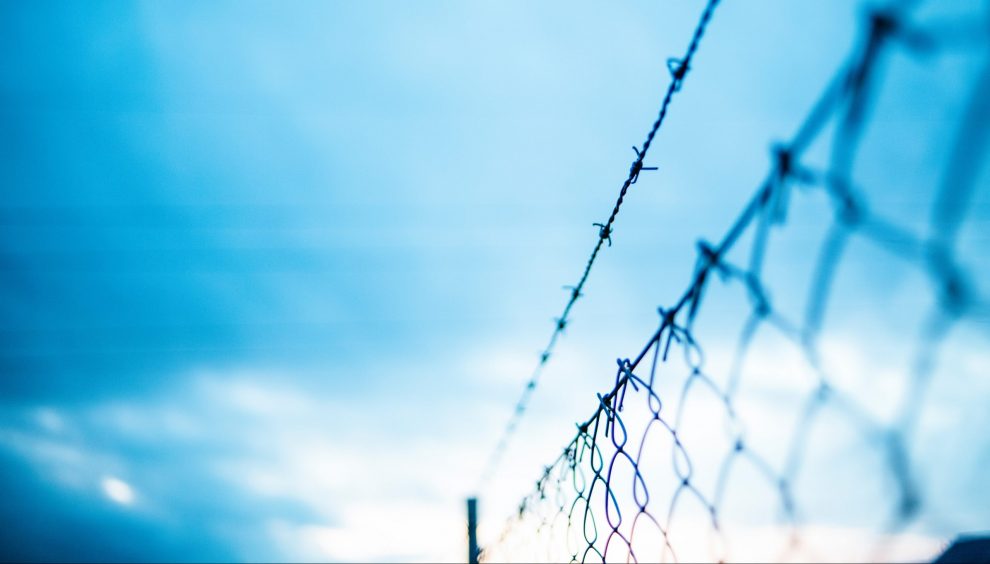 It may take three hours before Loretto Sister Christa Parra, IBVM, will cross the bridge to step on U.S. soil again. As she waits in line with mostly brown-skinned pedestrians at one of four ports of entry into El Paso, Texas, the young nun is very aware of her “privilege” of having been born in the United States. Behind her, on the gravel streets of Juárez, Mexico, thousands of asylum seekers wait in limbo for a chance to plead their case in U.S. immigration court. Parra has just visited a rental house where several Central American women and their children await such an opportunity. Nearly every day she makes this toilsome trek.

And she is not alone.

Although she’s the only member of her order in El Paso, Parra lives and works in solidarity among numerous sisters and a “unique” lay community. At least 22 congregations of women religious serve the poor and marginalized on both sides of a lengthening border fence in this region known as “the Borderland,” which stretches into southeastern New Mexico. For these sisters, many of whom have lived in Central or South America, the lines of demarcation are blurred.

“We have always said from the beginning that the church has no borders,” says Sister of Loretto Helen Santamaria, a native El Pasoan who, with Sister of Loretto Mary Margaret Murphy, established Villa Maria in 2007. Located about a block from Juárez, the nonprofit provides safe, temporary housing and services to women in need. Its financial support through grants from other religious congregations and community donations speaks to how this region’s solidarity enables dozens of ministries to continue well after the founding sisters move on.

As sisters witnessed the exploitation of migrants for cheap labor, the abuse of undocumented women, the austere poverty and corruption in Juárez, among other challenges of border life, they’ve responded. From establishing the first hospital, Hotel Dieu, in El Paso in 1892 (Daughters of Charity of St. Vincent de Paul) and parochial schools (Sisters of Mercy and Loretto), to founding the Women’s Intercultural Center in Anthony, New Mexico (Sisters of Mercy Camilla Verret and Kathleen Erickson), to accompanying those who have been tortured and families of the “disappeared” at a human rights center in Juárez (School Sisters of St. Francis), to offering border immersion and yearlong border volunteer programs, the impact of women religious is immeasurable and their ministries too numerous to mention.

Yet, surprisingly, no motherhouses are located in the region. Despite this, Sister of Saint Francis of Rochester Arnold Ritchey, laughingly says she met about 150 sisters in her first week there. Between that and the warm welcome from this mostly Hispanic community, “I felt embraced,” she says.

“Sisters in El Paso are very unique in being as one even though they are from different communities,” explains Sister of St. Joseph of Carondelet Ida Berresheim, who founded Centro Mujeres de la Esperanza to promote women’s development and advocacy in the El Paso-Juárez region. For Berresheim, who spent eight years in Peru, empowering women who didn’t realize they had a voice was crucial, especially given the high rate of femicides and crimes against women in Juárez. She’s since returned to her motherhouse in California, but is amazed by how the center is thriving, run solely by the women themselves.

“So many key people are laypeople on both sides of the border,” Parra explains. “I feel like we’re one wherever we are accompanying people and walking with them with dignity.”

Sister of St. Francis of Dubuque, Iowa, Terri Rodela, the only member of her congregation in El Paso, agrees. “It’s amazing how people respond to the need. Together, we are restoring human dignity one human being at a time.”

Rodela oversees Centro Santa Catalina, a sewing cooperative in Juárez established by the Adrian Dominican Sisters in 1996 that enables women to financially support their families and educate their children. Despite the challenges of regularly crossing the international bridge, Rodela feels gratified in helping these women overcome poverty by selling their products in the United States. And a cadre of volunteers helps her do that.

That collaboration between the community and women religious reminds Sister of Saint Francis of Rochester Mary Kay Mahowald of her years as a missionary in South America. Whether serving as chaplain, accompanying asylum seekers at the detention facility and at temporary shelters, or teaching at the Tepeyac Institute for laity formation, Mahowald finds the people of El Paso seamlessly work alongside the sisters on poverty and immigration issues, regardless of a person’s immigration status. That may be attributed to the people’s deep roots in the Catholic faith (more than 80 percent of the population) or the strong connection between Juárez and El Paso (many have relatives in both cities). Regardless, it’s the “beautiful, welcoming legacy” of this bicultural community that Santamaria says has allowed them to serve for decades as though no borders exist.

Image: by Markus Spiske on Unsplash