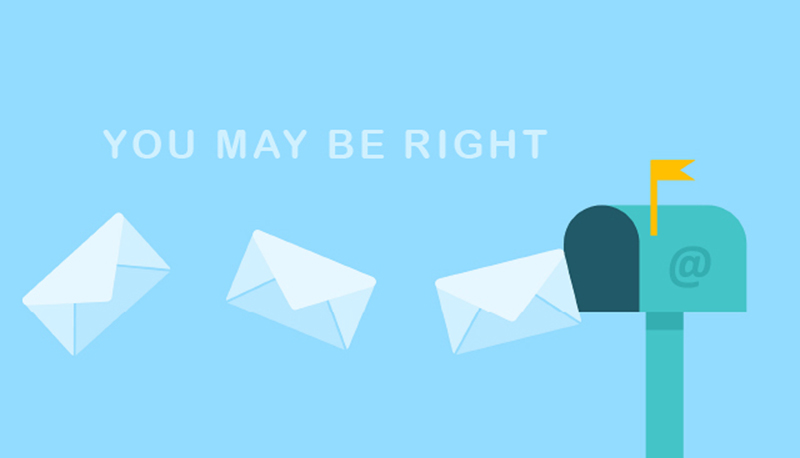 I’d like to share my thoughts on white privilege after reading Sister Helen Prejean’s interview (“Wake-up call,” Expert Witness, January). I am a middle-aged white woman who has never committed a racist act toward anyone, at least not knowingly. But I have to accept that my good intentions and human ignorance do not excuse or absolve me from the responsibility to look deep inside myself and ask if the life I have would have been as easily available to someone with a different skin color.

If I don’t believe myself to be racist, does that mean I’m not? Or just that I won’t recognize prejudice in myself, because it hasn’t caused me personal pain or hardship? But if I have been a party to acts of racism, even unintentionally, don’t I owe it to God to be willing to change? Don’t I owe it to God to consider the possibility that others’ views are clearer on this than my own or to err on the side of deferring to others who have suffered what I have been spared? And if it sparks an ember of defensiveness in me, shouldn’t I risk using that ember to light a path toward understanding, instead of a flame of anger and resentment? Don’t I owe that to my fellow people of God? Don’t I owe that to my own soul?

It seems to me that what Sister Helen Prejean describes as white privilege is also class privilege. Both exist. Neither negates the existence of the other, and each is a problem that must be addressed if we are to have a just society.

I think much of Sister Prejean’s point of view is localized to the South and relates to an earlier time (1950s, ’60s, and ’70s). As a Catholic high school teacher, I can assure her that teenagers no longer have the same prejudicial views on race. They denounce the kind of discrimination that I remember from my youth in the ’70s, and they are acutely aware that there is still discrimination in the world today. The current generation has grown up in a world without borders due to social media and the internet. The number of interracial marriages is increasing, and the sense of race as something that separates us is becoming a relic of the past. Don’t get me wrong—as a society we still have a long way to go in treating every person as equal and created in the image and likeness of God. But I have hope that we are moving in that direction. As these young people grow up and takeover positions of leadership within our industries and government, I believe that change will happen. But in the meantime, we older folks need to stop beating ourselves up over the past, which cannot be changed, and focus instead on teaching our young people who have the ability and desire to make a just world.

The truth about the border

I spent two weeks in El Paso, Texas at the beginning of November, and everything I witnessed there bears out the truth of Father Carl Quebedeaux’s experience with migrants at the border (“5 things Catholics should know about asylum seekers at the border,” uscatholic.org). In El Paso I met an asylum seeker complaining of tooth pain because he had endured a tooth being broken off each time he refused to join a gang.

I met a 13-year-old boy who arrived with his dad and said he was fine “except for my feet.” When his shoes were taken off, they revealed next to no skin left from weeks of walking to reach the border. I also met a father and mother from El Salvador whom I drove to the airport on their way to Queens, New York with their 2-year-old and 6-year-old. They told me they were fleeing because their eldest child had been murdered by a gang that then began threatening the other two children.

There are many considerations addressing the crisis at the border that have been brought up, discussed, and debated, with some being implemented while others not getting far. But the one aspect I have never heard fully discussed is the failure of the Mexican and Central and South American governments to address the corruption and crime at the heart of the problems in their own countries. Are there any considerations for organized gangs setting up their reign of terror in the United States? Because these gangs are also finding ways into the United States, not just migrants. In my opinion, identifying President Trump as the sole source of the problem is without merit. We need law and order brought back into these countries to truly end these problems.

I am very grateful for Patricia Halsey’s essay on her prison ministry (“Living mercy,” January). Reading it, I was reminded of Matthew 20:16: “So the last will be first.” None of us is above any of the others on this life journey.

My family and I have no issue with celebrating the Eucharist in any of several religious places in order for our Catholic souls to be nourished and nurtured (“Taste and see,” Sounding Board, January). After becoming discouraged by insipid homilies and underwhelming singing, we are now thankfully close enough to a Benedictine monastery and a community of women religious for whom another Benedictine presides at Eucharist. Now we leave Mass enriched in the word and sacrament. All that and a lot of independent reading help us immensely.

Giving Voice has nurtured my own religious vocation (“Voices of the future,” January). When I was discerning at the age of 31, the mere existence of an organization like Giving Voice gave me the permission I needed to take the leap, knowing I would not be alone. The joy and sisterhood I have found in Giving Voice give me glimpses of our future role in the church. For those considering the crazy, wonderful idea of a vowed life lived in community, come on in—the water is lovely!

Bravo to the young sisters of Giving Voice for being ever and always so relevant to society—and for making their own way when so many have been abandoned by the patriarchy. Their story is very inspiring.