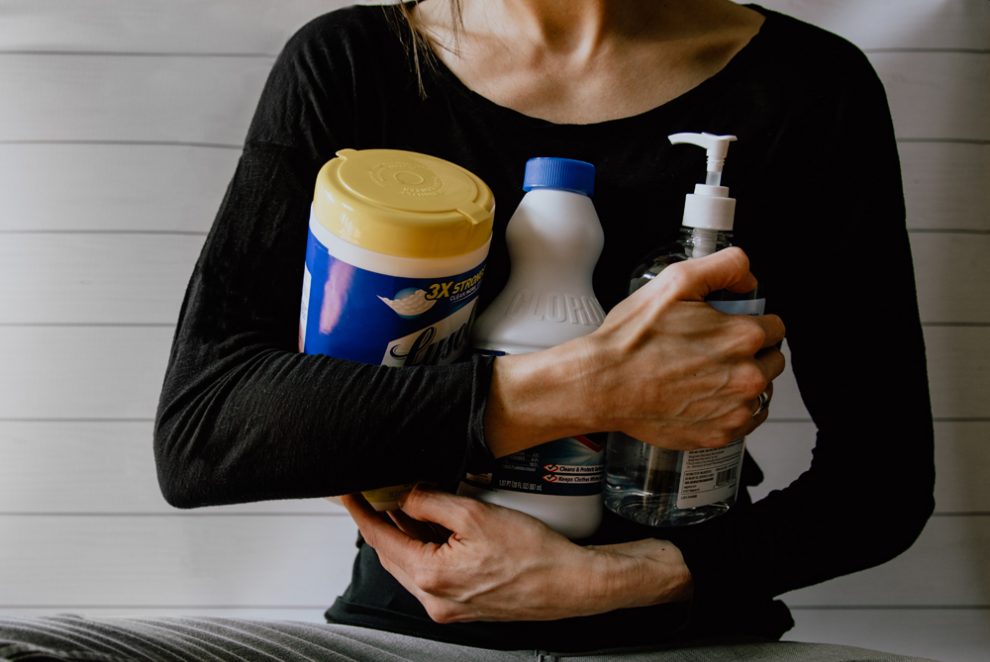 I called my mother last night. She’s 91 and lives alone in another state. Because of the COVID-19 state of emergency, I wanted to be sure she was OK and not feeling too anxious. It was reassuring to hear her bubbly laughter over the phone as she reminded me her house always enjoys a stuffed-to-the-gills pantry and refrigerator, virus or no virus. It’s true: Whatever else may happen, Mom won’t starve.

Maybe because I’ve watched far too many episodes of zombie apocalypse shows and been enthralled by multiple viewings of Contagion, I feel less certain about having laid in enough supplies for whatever happens next. My friend in Italy is under something that sounds like house arrest, only allowed to leave his residence at designated times to stand in long lines for supplies. He goes to Mass via YouTube. I suddenly wish I’d gone to the store last week and bought four cans of everything.

Which brings up the matter of how much is enough, especially in circumstances such as these. Normally it seems more righteous to stand in the halls of simplicity and just say no to excess. No to the monster house; no to the shoe closet; and no to stockpiling of any kind. Avarice, after all, is one of the Seven Deadly Sins. If a sin is so bad it will kill you, you definitely don’t want to entertain the near occasion of it.

But is it justifiable, not to mention sensible, to bring some extra toilet paper home with you tonight? I just went to the local CVS to get some: The aisles were stacked with it higher than my head, and I was glad to clutch a 12-pack all the way home.

The issue here is being able to draw the line between doing what the governor of your state is telling you—be prepared—and going all “my-clan-first” into the bunkers.

Which reminds me of a story a missionary from Haiti told me. Some families in Haiti eat only twice a week. Not twice a day, but twice a week: like, Wednesday and Sunday. And not just when there’s a crisis. The poor in Haiti exist in perpetual crisis. Yet if you give to one of these perpetually hungry families a chicken, so that they can at least enjoy one decent meal, they will immediately cut it in half and give the other half to their neighbor. Because, as they will tell you, the neighbor’s family eats only twice a week too.

This kind of response stuns us First-Worlders, who consider it an obvious virtue that charity begins at home. Yes, but it doesn’t end there, our poor neighbors are telling us. In this state of emergency, now more than ever, we need to be thinking of others as well as ourselves. Who needs a ride, a visit, a reassuring text, a chicken? I have 12 rolls of toilet paper. Am I prepared—might I even find it in me to be grateful—to share the wealth?