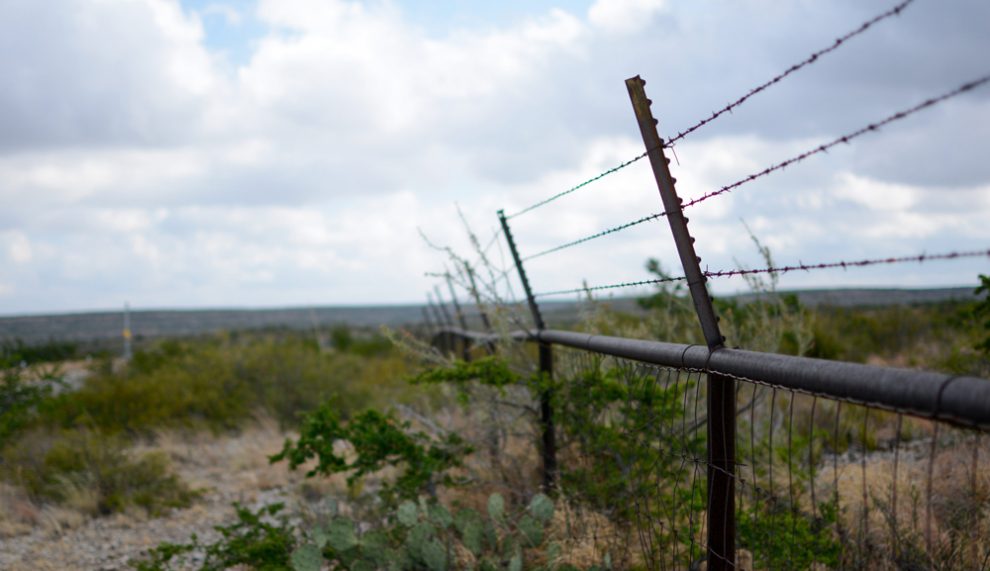 Hundreds of Catholic sisters and young women discerning their vocation come from all over the United States, and even from other parts of the world, to serve in the desert region known as “the Borderland,” which stretches from El Paso, Texas, to Anthony, New Mexico. At the U.S.-Mexico border, they are discovering a renewed sense of purpose, creating new ministries, reinventing the meaning of community, and discerning the way forward for the future of women religious and their charisms.

“The border is a place of transformation for religious life,” said Sister of Charity of Cincinnati Janet Gildea before her death in April 2019. The Sisters of Charity are only one among at least 23 congregations with a presence in the unique area. That doesn’t include the numerous sisters who come to volunteer for months at a time.

From 79-year-olds celebrating their Jubilee to 29-year-olds beginning their novitiate, women religious created nonprofits and cooperatives unique to this multicultural area and stayed well beyond the few years some had intended to remain. They accompany migrants and refugees at hospitality centers, run safe houses for human trafficking victims, and practice medicine and natural healing modalities in clinics they’ve established for the poor on both sides of the border. They’ve developed sewing cooperatives in Juárez, Mexico, a women’s intercultural center, and a border awareness immersion program. They work in the colonias, serve as chaplains or spiritual companions in detention facilities and centers for unaccompanied minors, and work with families of those who have been tortured or have “disappeared” in Mexico.

Ultimately, the sisters live as if there is no border. The following is the first in a three-part series.

Part One: Discernment in the desert

The two 30-something-year-old Sisters of Charity of Cincinnati drove deeper into the southwestern desert, eventually straddling the borders of two states and two countries. In their hearts, they carried a single intention: Build a bridge to community. It was 1991, and Sisters Carol Wirtz and Janet Gildea—neither of them yet fully vowed—were keenly aware that behind them was an aging population of sisters that had few new faces joining their ranks. What lay ahead was unclear.

“We realized our generation was the bridge,” says Wirtz. “So, we asked ourselves, ‘How do we create community with a vision for the future that we want to live in?’ We had a sense of moving both interiorly and physically to the margins.”

Casa de Caridad, an intentional community in Anthony that serves people at the margins of the El Paso-Juárez border, is unique in both its format and “radical hospitality.” Nestled on two acres among pecan groves and cotton fields and surrounded by vast, open skies stretching out to the Franklin Mountains, the seven-bedroom house welcomes young women discerning God’s calling in their lives. During the 15 years since the house opened, associates in volunteer ministry/community, affiliates in formation, and After Volunteer Experience (AVE) participants—a reentry program for young women desiring to integrate their yearlong-plus volunteer experience—have passed through its doors.

This desert community offers an opportunity to “carve out spaciousness in your life and your heart,” says Sister Annie Klapheke, who came to Casa de Caridad as an affiliate in 2014, the same year the sisters piloted the successful AVE program. “It was incredibly powerful—one of the richest years of my life,” she says, with “no expectation, no pressure.”

AVE participants, like Allison Duber, who came after a year of service with the Vincentian volunteers in Denver, receive room and board for up to three months. The sisters require nothing other than the women simply be in the presence of God and avail themselves of the spiritual direction and/or counseling available as needed. That can be challenging for active women like 24-year-old Duber.

“It was so shocking to me to have all this time and space. I was basically bringing my life to a halt,” Duber says.

Giving women that space and freedom to listen and discern is what Sister Tracy Kemme calls “one of the most authentic elements of the program.” Kemme served with the Jesuit Volunteer Corps in Ecuador before living with the sisters as an associate in her 20s. She’s now preparing to take perpetual vows and credits the border “as the place that birthed my vocation.”

Although she realizes that only a small percentage of women will choose religious life, Kemme believes those who come to Casa de Caridad have a “special proclivity” to share a mission-driven life and pray together in community. Whether these women enter religious life or not, they gain a deeper appreciation for intentional community and time for silence and reflection while serving people at the margins.

“The desert landscape gave me a broader vision of what I can do with my life, and AVE taught me how I want to live going forward,” says Duber, who’s continuing to discern her calling back in Colorado. “I know I want to serve with the heart of those whom I’ve lived with those three months. Through the generosity of both the sisters in Anthony and the community in Anapra, I feel better able to invite God into my life and trust more deeply through their example.”

It’s a short drive south to Anapra—the poorest section of Juarez—where the sisters opened Proyecto Santo Niño, a center for disabled children and their families. While living with the sisters, the women serve in this ministry and encounter up close the abject poverty of life on the other side of the border. It becomes an internal struggle that stays with them.

“The juxtaposition of one of the wealthiest, most privileged countries of the world butted right up against such poverty was so shocking, and it never stopped being shocking,” says Klapheke, who recalls the “disparity of privilege” as she stood on U.S. soil and saw rundown shacks along the Juarez hillsides.

Today, other forward-thinking congregations also recognize the fruit of offering such hospitality. Kemme says she sees a “movement to build a network of these hubs where young women can come in and experience this way of life. I think Janet and Carol were visionary in that.”

Beyond actually living with the sisters, college students who visit them during weeklong border awareness trips are influenced by their example of modern religious life and intentional community, according to Klapheke. “No matter where these young people go in their lives, they’ve witnessed a radical commitment to that gospel call and to meeting Christ in those most in need, by those who do it together, grounded in prayer and trust in God.”

At least 22 other religious congregations are active in the El Paso borderland and work alongside a multitude of lay community members in various ministries. The extent of the El Paso community’s involvement has become commonplace, but Sister Andrea Koverman, another novitiate living at Casa de Caridad, says El Pasoans are “way ahead of the curve.” That’s the kind of future she sees, one in which boundaries between women religious and laypeople will dissolve.

Next, Part 2: “Ministries without borders: How women religious in the borderland are dissolving physical boundaries”

All photos courtesy of the Sisters of Charity of Cincinnati.