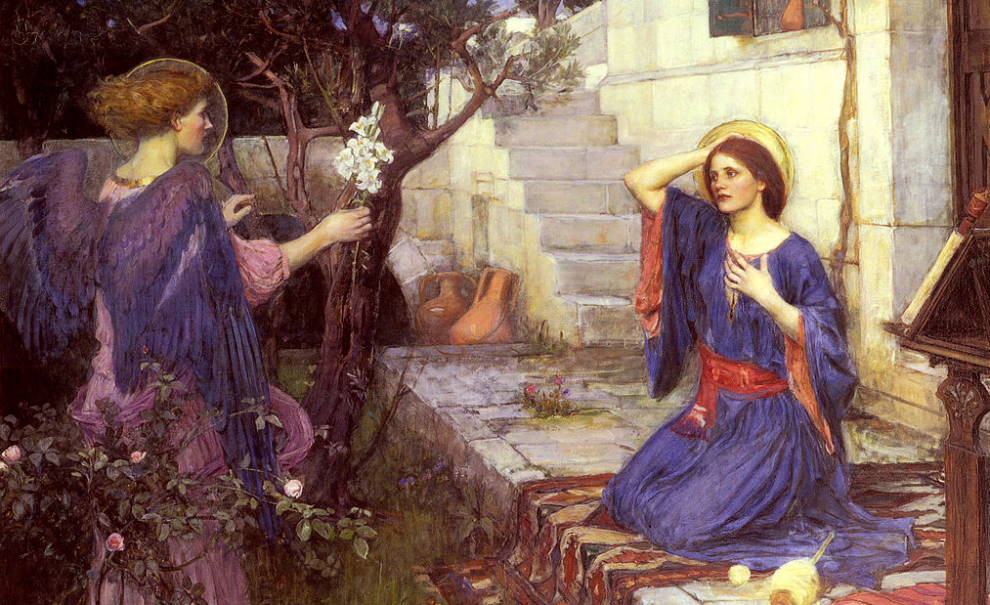 When I was a boy attending Catholic school, the annunciation was one of the joyful mysteries that the good sisters had me commit to memory: The angel visits Mary, offers her the central human role in God’s plan of salvation, and Mary says yes.

Mary could have chosen otherwise; God respects human freedom. But far too often Christians take her yes for granted. Mary’s consent to God’s plan warrants more attention, especially in today’s world, a time when the #MeToo movement has brought to attention the sacred importance and easy abuse of women’s right to consent.

We in the 21st century are far removed from the culture and context of Mary’s life. As theologian Elizabeth Johnson points out, “[Mary] is a first-century Jewish woman; she is not a 21st-century American. And that difference must be respected.” Miriam was a young Jewish woman, most likely between the ages of 12 and 14, when she is first introduced in the gospels. Considering the short life expectancy and the fact that the ancient world was thoroughly patriarchal, it is not surprising that she would have a marriage arranged at a very early age. The contemporary idea of marrying for romantic love was not a norm. Marriage was considered a transfer of property that benefited both families.

In this context, Miriam’s consent to God’s plan is an act of bravery. As the gospels point out, she is engaged when she becomes pregnant with a child that is not Joseph’s. Her society would have seen this as shameful, and it may have negatively affected her ability to survive. According to Matthew’s gospel, Joseph chooses to quietly call off the marriage, seeing this as an act of mercy and compassion. He could have Miriam stoned as an adulteress or demand that her family punish her severely or even cast her out into the streets. In a society where women had little power, an unprotected young woman would probably end up in the underground economy—prostitution, slavery, or another unsavory option.

Miriam may be young, but she is not stupid. When the angel visits her and asks for her consent to carry God’s son, she surely is aware of the myriad negative consequences. Perhaps others have already told the angel, “No, thank you.” But Miriam has courage, and she chooses to say yes. As Johnson points out, “God stands with the young woman pregnant outside of wedlock, in danger of her own life. God stands with her to begin fulfilling the divine promise.”

Mary faced many risks when telling the angel yes. Nevertheless, she persisted. She freely and without coercion consented to be a cocreator with God. And she became a prophet, a leader, and the mother of our salvation.