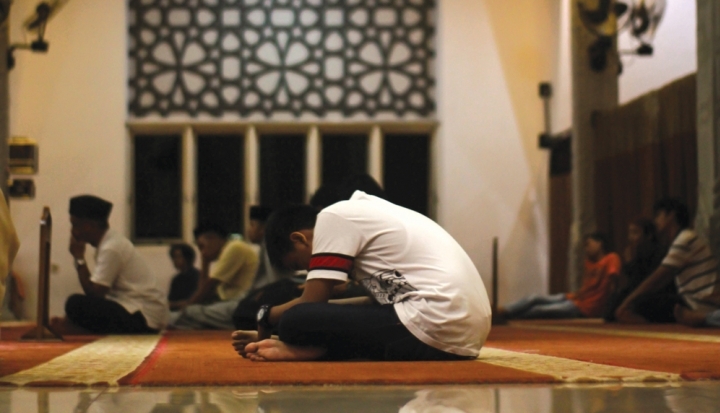 Last spring I made a spontaneous decision to observe Ramadan, the Muslim season of fasting and spiritual renewal. I did so after watching a news report of a hate crime targeting Muslim worshippers amid the growing tide of fear and intolerance gripping our nation. It was one way of embodying solidarity with a community that is too often misunderstood and ostracized.

The only thing I knew about Ramadan was that it is a month-long period of intense fasting, with no food or drink consumed from dawn until dusk. For me that meant eating before 4:30 in the morning and not eating or drinking again until after 8:00 that evening. I Googled (of course) to discover guidance on how to best cope with the ordeals of such intense fasting.

The first week went well. I even felt a sense of pride that I could do something most Christians would never attempt. (Definitely not the goal striven for by Muslims!) As the month wore on I realized how tired I became, losing energy around 2 in the afternoon. I was acutely aware of time, looking forward to the precise minute of sunset so I could break the fast. I became much more aware of my body and its cycles of energy and depletion. (I now understand why productivity plummets in the Muslim world during Ramadan.) Intense fasting forces one to slow down, focus inward, and become self-aware.

About halfway through the month, I became more outwardly aware as well. This heightened social consciousness, I discovered, is one of the cherished fruits of Ramadan for observant Muslims.

I was more conscious of the people suffering from homelessness whom I pass by every day. I also realized that what I was enduring voluntarily, and only for a season, many others experience constantly. While I could look forward to breaking my fast every night, others would still go hungry. In my body, I experienced more acutely the scandal of hunger in a land of plenty.

I also gained more awareness of the Muslims present in my community. When I walked past women in their hijabs, some with children in tow, I smiled in secret solidarity, thinking of the fasting (and hunger) that bound us together. I had a heightened sensitivity to their vulnerability, of how their outward dress marks them as practicing a faith that some consider foreign, strange, and threatening. I learned about their faith, rituals, and way of life—and how these bear some similarities to my own.

I also realized the power of community. There was solace in knowing that I was engaging in rituals shared by almost a billion people around the world who were eating and drinking by the cycles of the sun, enduring bodily discomfort, engaging an inward journey of intense reflection, and seeking a more conscious concern for our neighbors striving for a deeper relationship with the divine.

Observing Ramadan gave me a deeper appreciation for the Christian season of Lent. Actually, Lent pales in comparison! Catholics have nothing that approaches the rigors of Muslim fasting; eating shrimp instead of steak on Fridays doesn’t quite stack up. Also, the Lenten practices of most Christians are private and personal; we often don’t sense that we are doing Lent together. Moreover, I confess that most often Lent has not led me to a deeper awareness of the structural injustices in our community, like the scourges of hunger and violent hate.

Maybe Christians have lost the meaning of Lent. It’s become a personal renewal project. Or a time of broken resolutions, like New Year’s promises that are made and soon discarded.

I look forward to Ramadan this year. Yet I also wonder how Christians can recover or rehabilitate Lent so that this season becomes a time of communal reflection, of shared inward searching, of deeper awareness of the brokenness of human communities, and of our collective summons to generous compassion for those who are the targets of fear, hate, and indifference.