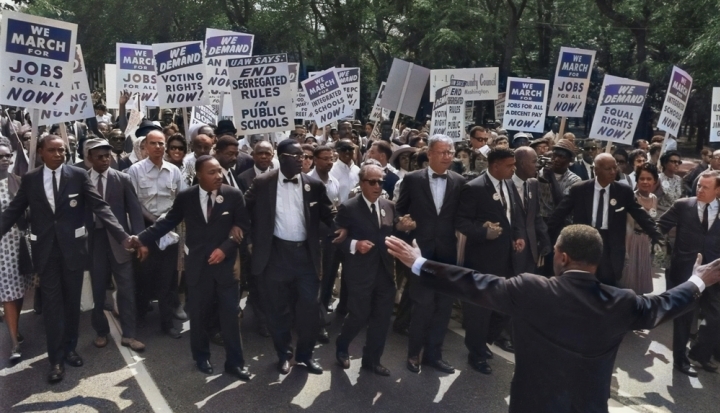 As Black History Month winds to a close and Lent begins, conversion is on my mind.  Conversion is at the core of the way of Jesus. In the New Testament, the word translated as conversion is the Greek term metanoia, which means a complete change in belief and lifestyle.  As the opening words of the first-century catechetical manual the Didache state: “There are two ways, one of life and one of death, but a great difference between the two ways. The way of life, then, is this: [Following Christ].”

For followers of Christ, especially Catholics, there rarely is just one moment of conversion.  Rather, it is an ongoing process of many small and large metanoias as we learn to know ourselves and to authentically imitate Christ. For me, one of these moments of conversion happened when I learned about African American Christian thought.

Before encountering African American Christian thought in general, and Rev. Dr. Martin Luther King Jr.’s writings in particular, Christianity had little intellectual validity for me. I saw the religion and its beliefs as little more than a calming drug for those who suffered or a crutch for those too weak to walk on their own. As a young man, the church seemed to me to be morally bankrupt, religiously inscrutable, and intellectually incoherent.

Little did I know that a conversion of sorts was on my horizon. The great Jesuit theologian Bernard Lonergan pointed out that since Christianity can seem invalid on many levels, we must undergo “conversions” on several levels as we enter into following Christ: moral, religious, and intellectual. Mine began as intellectual and initially had little to do with Roman Catholic theology or philosophy.

During my junior year in college I took two classes that changed how I think about Christianity.  First, I enrolled in “Introduction to African American Religious Thought,” with the eminent professor Victor Anderson. This was the first time I read the religious philosophy and theological struggles of slave narratives, W.E.B. DuBois, James Cone, Cornel West, and the “real” Dr. King, among others. As one of the few non-black students in the class, I could not believe I had never been exposed to the depths of intellectual riches rooted in this tradition of Christianity. I resonated with their passionate questioning of God paired with a radical faith and dependence upon God. I was inspired by the centuries of resistance to evil, and I felt intellectually awakened.

The following semester I had the privilege of taking an entire course on the life and thought of Dr. King, with Rev. Dr. Lewis V. Baldwin. King’s life and words cut me to the core. My classmates and I were inundated by countless works by and about King while also learning the context in which he, the Black church, and the civil rights movement were fighting for justice and human dignity.

In my studies I felt the spirit of God in King’s words, and I saw God’s spirit moving and Christ embodied in black churches. I was intellectually convinced. My personal morality was suspect, and I had no idea what religion actually meant; but intellectually, I reawakened to God and was convinced I had encountered something true, good, beautiful, and just.

Twenty years later I hold a Ph.D. in theology. I try to follow Christ and atone for the harms I have committed “in my thoughts and in my words, in what I have done and in what I have failed to do.” In this pursuit, I still am called to metanoia by the riches of the African American Christian tradition. Its “cloud of witnesses” has shown me that Christianity can be a revolutionary force for justice and human dignity.

The tradition provides an urgent reminder that Christianity must focus just as much on this world as on the next. We who follow Christ must dive into the messiness of human suffering and abuse, heal wounds, and bring about a more just world.

Dr. King, and the African American Christian tradition in which he was formed and that held him accountable, were responsible for my “intellectual conversion” to Christianity. They showed me that Christians had something uniquely life-giving to offer this world. And they still do.  Whether it is Rev. William Barber II rekindling the Poor People’s Campaign, Rev. Kelly Brown Douglas challenging the ideology of white Anglo-Saxon exceptionalism through a womanist lens, or Trinity United Church of Christ in Chicago carrying on the liberating work of their ancestors, the tradition is very much alive.

As I received ashes on Ash Wednesday, I said a prayer of gratitude for the African American Christian tradition. Without its bold witness, passionate questioning, and deep faith, I would not be seeking to receive ashes. I may not even be Catholic. As I receive ashes, I remember this, give thanks, and pray for all of our continued conversion to a way of life offered by Jesus and acceptable to this great ekklesia of witnesses. 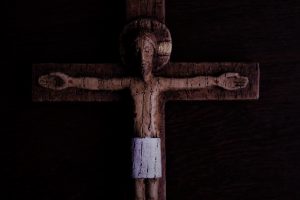 Reclaim Lent after a year of suffering and death