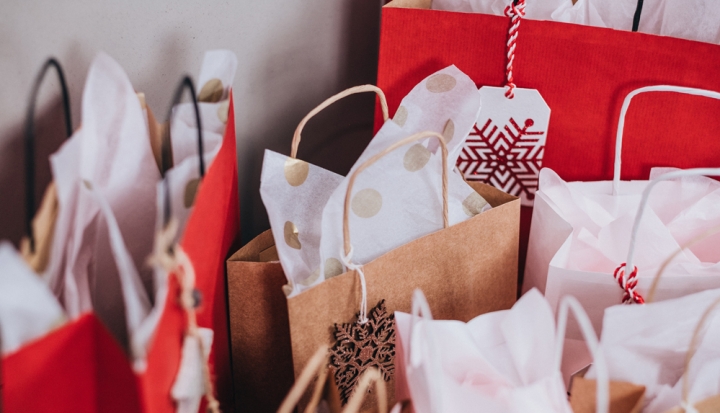 The Christmas baskets were almost ready. Only a few donations were still needed. “If anybody can help,” the chairman announced, “We still could use a couple of soups, two bars of soap, and a book of stamps. I know it’s a lot and you guys have been real generous, but c’mon, y’all. It’s Christmas.”

It was the last meeting before Christmas of the Criminals & Gang Members Anonymous group in the state prison where I worked as a staff sponsor for this particular self-help group. CGA ran much like other 12-step groups, such as AA or NA, but with a significant difference: inmates had started and developed the program in a prison, and the addiction it addressed was the compulsion to commit crimes.

Each CGA group elected from among their ranks a chairman, a co-chairman, a secretary, a treasurer, and a sergeant-at-arms, who then planned presentations and ran once-a-week evening meetings. The staff sponsor merely did the paperwork for attendance, provided supplies such as copies and pencils, and was present for security purposes: a pretty cushy job, at overtime pay.

The members of this CGA chapter had decided a few months prior to take on a Christmas service project. The board had quietly selected, from each of the eight dorms, one guy who had no outside family or financial support by which he could visit the canteen and buy any of the extras on which inmates relied.

Several of those chosen spoke little English and were far from home, so they had neither visitors nor resources. The CGA group was putting together eight Christmas baskets for these less fortunate fellow inmates. By ‘baskets’, they meant paper bags. They’d drawn up a list of items to put in each basket, and had been soliciting donations for months, which they kept safely squirreled away with the CGA meeting materials.

The cup-of-noodle style soups carefully tucked into the baskets doubled as currency on the yard. They included various hygiene items such as soap. Packaged food items from the canteen or outside vendors, such as envelopes of tuna or shakers of spices, were highly desirable. Forever stamps and stationery for letter writing were a treat.

Now the baskets were nearly complete. The CGA members, in their excitement about surprising their unsuspecting recipients, reminded me of when my older brother started his first paper route years ago and had used his own money to buy Christmas presents for the whole family.

I remember thinking that he was a weirdo when he couldn’t sleep on Christmas Eve for the anticipation of giving, not receiving. To my young mind, despite the pages I’d colored and stories I’d heard about baby Jesus, the holiday “getting” was much more delightful.

I was so moved seeing the CGA members giving of their own meager supplies to others. Their actions taught me how to embrace more fully the compelling spirit of Christmas. Inmates are seriously restricted in what they can own, both by what it is and the space it takes up. With few exceptions, they are not well off. Their families struggle to send them amenities and the inmates I worked with could receive or order only one outside package per quarter.

The income of those employed by the prison topped out at 24 cents an hour, and a percentage of that went to any restitution they still owed their victims. Their disposable income was pretty much nil, so you couldn’t blame them for hoarding what little comforts they had. Yet these guys were willingly handing over their belongings. They were sacrificing things they would miss.

The inmates’ generosity forcefully reminded me of the story of the widow’s mite in the Gospel of Mark, dropping her much-needed coins into the poor box, her donation far more meaningful, according to Jesus, than the larger sums contributed by the rich, because “she, from her poverty, has contributed all she had.” (Mark 12:44)

On this occasion the inmate’s mite was just as small: the soup, the soap, the stamp. The group members would have scoffed at the comparison. They considered themselves as far from any decent characters in the Bible as you could get. They had a hard time seeing any good in themselves. Maybe that was my job, to assure them gently that they were always God’s children, no matter what they had done in the past, and that God’s love always had room for them.

Christmas on the inside is minimal: a few staff members might decorate their offices, and the inmates might luck into a rare, tasty, out-of-the-ordinary meal (translation: real meat). Christmas on the outside is lavish, but for all its excess, it is also the season when random acts of kindness and social justice are more spiritual than political. ‘Tis the season, after all, to feed the hungry, give drink to the thirsty, care for the sick, clothe the naked, shelter the homeless, visit the prisoner, welcome the stranger.

Under the spell of Christmas everybody is on board with giving to the less fortunate, with accommodating the works of mercy, with bringing abundant holiday joy to those who lack so much. After December 25, however, we often retreat to our “grinchy” polarized corners, our mercy and compassion packed away with the ornaments.

I thought about my own record of charitable giving at Christmastime, cash donations timed before the end of the year for maximum tax deduction advantage, the money coming from my family’s excess rather than our need. I didn’t know what it was like to go without some basic necessity because I had willingly placed it in a paper bag for another person to use. I didn’t suffer because of any donation I made. I wasn’t even virtuously visiting the prisoner: I was paid for my time.

My faith seemed a pitiful thing compared to the depth of sacrifice in that meeting room, my generosity phoned in rather than defining my core. With all my privilege and freedom, I was surely the poorer person that night.

With a little more arm twisting, the baskets were finally filled and ready. I didn’t get to see the actual gift giving. As far as I know, the baskets were delivered in the dorms without fanfare to the eight men. I imagine the recipients were gruffly grateful; the givers just as gruffly beneficent. But the true gift lodged warmly in the hearts of the men who had responded to the cry of a newborn babe and had cared for their brothers, softened by the glow of the season even behind prison walls.

I went home to wrap more presents and bake more cookies, but mindful of the wide swath of love I had witnessed and newly humbled by the palpable presence of God enveloping a CGA meeting on an unlikely holy night.

Valerie Schultz is a freelance writer and the author of Overdue: A Dewey Decimal System of Grace (Liturgical Press), a collection of essays about her years working in a state prison library.