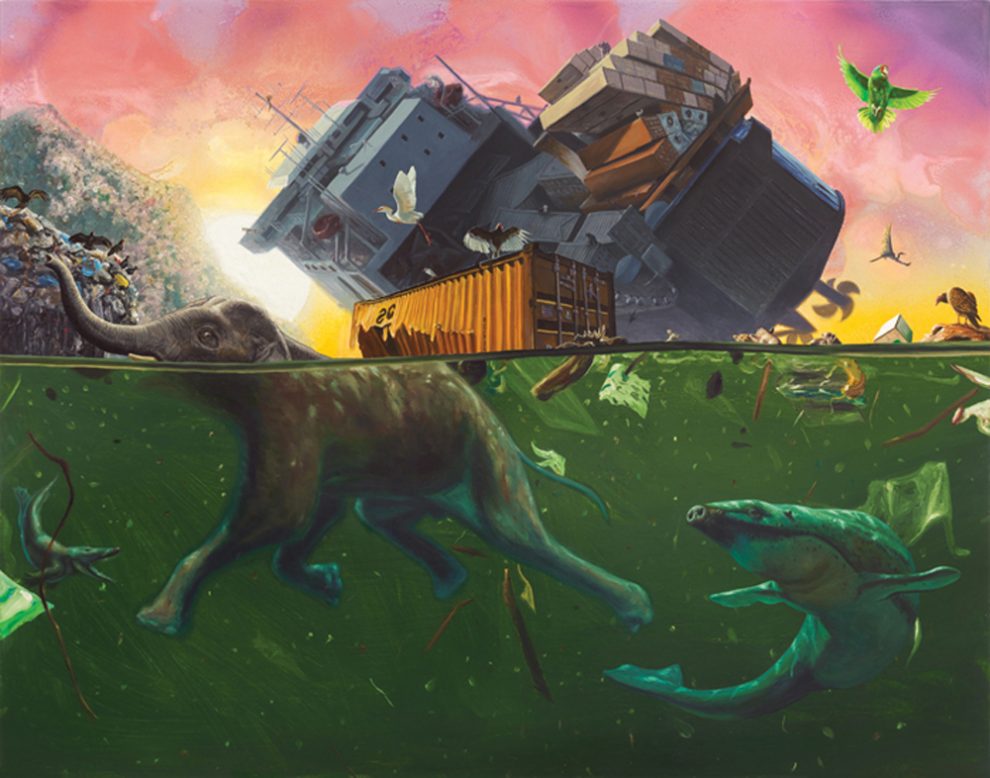 Mountains of garbage, an overturned container ship, displaced animals: What do these have to do with Advent? Isn’t Advent supposed to be a season of joyful anticipation? Are not these four weeks intended to prepare us for the celebration of the nativity of our Lord Jesus Christ? Why this foreboding imagery in a season marked by hopeful expectation?

The readings of the first week of Advent, especially those from the prophet Isaiah, help frame this second focus. Recontextualized in this liturgical season, Isaiah’s words portray a beautiful, eschatological reality in which the kingdom of God is realized in our world. However, Isaiah’s words also challenge as they describe God’s judgment. 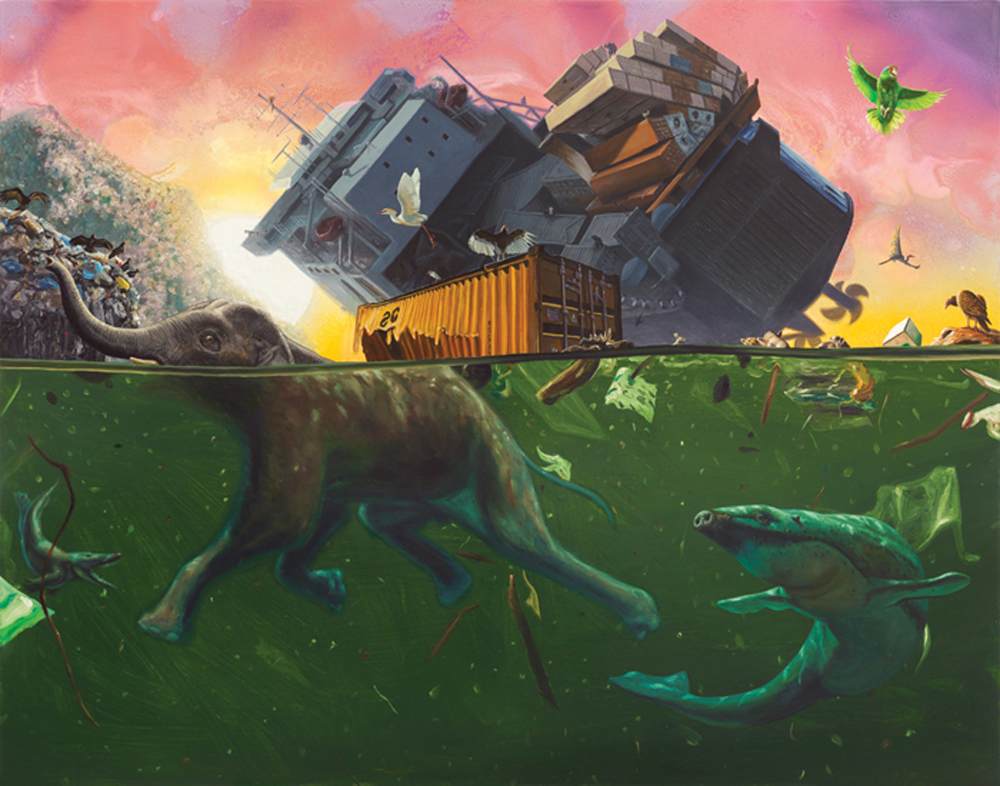 From the beginning of his pontificate, Pope Francis has spoken about the pernicious evil of indifference. He has even spoken of a “globalization of indifference.” But what does indifference look like? Alexis Rockman’s startling painting Ark shows us an example of what indifference looks like. We are confronted with polluted waters, landscapes of refuse, the suffering of creation, meticulously rendered rusty intermodal containers, discarded plastics, and mangled ecosystems—all the results of indifference or worse.

This is not some distant future that Rockman has rendered in grimy greens and leaden grays. It is now.

However, now can also be a time of “ecological conversion” as Pope Francis has eloquently stated in his prophetic encyclical Laudato Si’ (On Care for Our Common Home). The debased waters, suffering animals, and throwaway culture that Pope Francis speaks of and Rockman depicts with unblinking clarity do not have to persist.

In fact, Advent is an excellent time for us to challenge ourselves to greater ecological conversion. Before the annual buying sprees of throwaway culture get into full swing. Before partaking in all of the Christmas parties with their conspicuous consumption and nonbiodegradable accoutrements. Before resources are used for novelty rather than aiding the world’s environmental victims.

Before any of this, Advent invites us to a spiritual practice of ecological conversion. We are called to be awake and alert and see the flood forming around us. We are called to prepare for Christ’s glorious return by tending to those most in need. That includes creation.

This reflection is one of four meditations on various works of art for Advent. The meditations will be collected here as they are published.

John Christman, S.S.S. is an artist and holds a Master of Theology degree from Catholic Theological Union in Chicago.