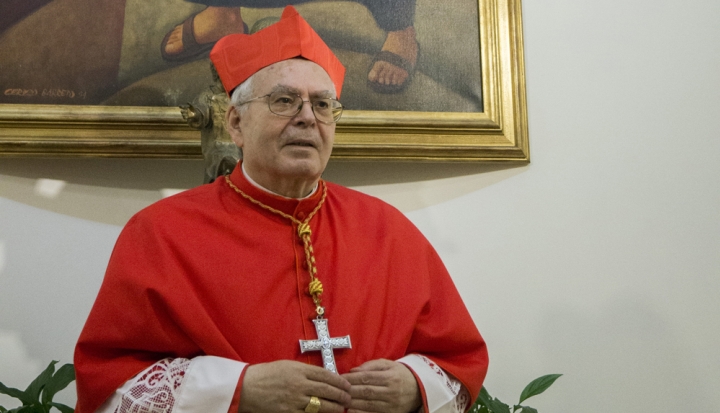 Outside of the Claretian community, probably the only awareness of Aquilino Bocos in the United States or other English-speaking countries is that he was made a cardinal by Pope Francis in 2018. Internationally, though, Cardinal Bocos has long been known as a resource and lecturer on the religious life.

After serving the Claretians as superior general, Bocos has continued to research and write on matters concerning the consecrated life. He is a sought-after presenter at the Union of Superiors General in Rome and national conferences of religious in Spain and the Americas.

His latest book, A Tale of the Spirit. Consecrated Life after the Second Vatican Council (Claretian Publications, 2019), published first in Spanish in 2018 and now available in English translation, is a well-researched historical and theological reflection on the evolution of the consecrated life since the Second Vatican Council. It presents both a chronology of the developing papal and magisterial teaching in official documents and a recounting of religious communities’ successes and failures as they discern and implement the movement of the Spirit in the conciliar and post-conciliar periods.

The book is divided into two parts. The first is a historical overview that features insightful commentary on important events such as the Synod of the Consecrated Life and Pope John Paul’s post-synodal exhortation Vita Consecrata (The Consecrated Life). The second part deals with the experience of religious institutions since Vatican II. In this section, the author shares his conviction that the Vatican’s renewal of religious life has been a work of the Spirit, leading religious to more intensely embrace the paschal mystery of Christ.

I wholeheartedly recommend this book. It offers a perspective that is often missing in discussions of religious life. Rather than simply summarize Catholic history as “before and after Vatican II,” Bocos presents a nuanced and inspiring narrative of consecrated life since the Vatican II that helps place the modern church on a continuum of evolution and gives profound insights into where we have been and where the Spirit may be calling us to go.

Image: Courtesy of the Claretians