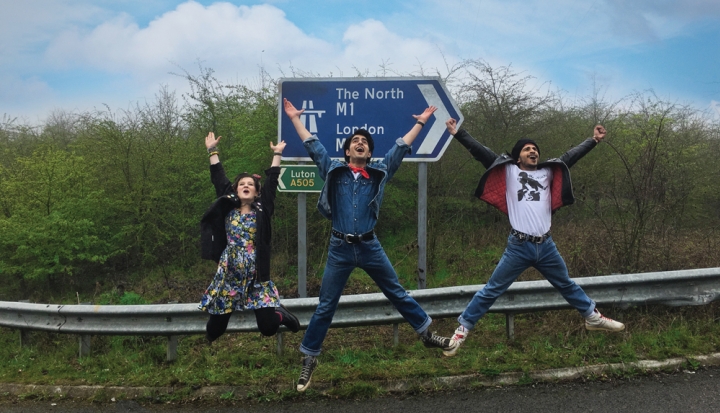 Fifty years from now, if anyone still studies the humanities, perhaps there will be a great debate in the departments of cultural studies over who was the greatest American artist of our turn-of-the-century era. Some may argue for one of our Nobel winners—the late Toni Morrison or Bob Dylan. Others may cheer for that chronic Nobel wannabe, the late Philip Roth. A few cineastes may carry the torch for Martin Scorsese or Spike Lee.

But for my money, the choice for those future academics should be simple. It’s got to be Bruce Springsteen.

For 46 years now, from Greetings from Asbury Park, N.J. (1973) to Western Stars (2019), the Boss has tapped the whole motherlode of American Afro-Celtic musical traditions and told razor-sharp stories of men and women facing the failure of an American Dream they still can’t quite forget. All the while he’s been taking his E Street Band on the road to deliver epic, ebullient, gut-wrenching, sweat-soaked three-hour-plus performances.

As a Catholic convert, I’ve always maintained that the Easter Vigil is the greatest show on Earth. But Bruce Springsteen and the E Street Band run a close second.

British journalist Sarfraz Manzoor is also in the Springsteen camp. He’s on the ground floor of the coming boom in Springsteen studies with his 2007 memoir, Greetings from Bury Park (Vintage), and his screenplay credit for this year’s Blinded by the Light.

That’s where things get interesting. The typical Springsteen devotee is assumed to be a white, working-class guy who connects quite naturally to Springsteen’s class-bound sense of injustice and simultaneous reverence for roots and rebellion. And that’s true of a lot of us. But, as it turns out, that natural connection was just as deep and true in 1987 for a brown-skinned, Muslim, Pakistani-born British teenager in Luton, a small city just north of London.

For Manzoor, whose character in the movie is called Javed Khan, it all began when a Sikh schoolmate slipped him cassettes of Darkness on the Edge of Town and Born in the U.S.A. Judging from the movie, “Dancing in the Dark” hooked him in, but it was the twin anthems “Badlands” and “The Promised Land” that really changed his life.

When Javed straps on his Walkman headphones and hears those songs for the first time, lyrics explode onto the screen around him. Characters break into song and dance midscene in the style of the Bollywood extravaganzas that are all the rage in South Asia. We could be headed for Footloose territory, but here the nemesis is not a cartoonish preacher. It’s the neo-Nazi National Front, a very real gang of skinheads that inflicted terror and violence on nonwhite immigrants in Margaret Thatcher’s Britain.

Blinded by the Light won’t satisfy anybody’s notions of identity politics, be they right or left. To other Pakistani characters, Javed has no business venerating a white, working-class American. “You think that this man sings for people like us?” they ask. But to the white, working-class National Front thugs, Javed is just another brown boy to be spat at and chased down the street.

In the end, Javed’s connection with Springsteen is mostly about class. Javed and Springsteen both come from people who, in the pecking order of late capitalism, are supposed to work hard, keep their heads down, and never be heard.

Javed’s father, Malik, could almost be Bruce’s late dad, Douglas, with Islam instead of alcohol. They even have the same barrel-chested, stocky physique. Since emigrating from Pakistan, Malik has made a good life for his family working at General Motors’ Vauxhall auto plant. Then, at the end of 1987, he’s laid off in the same round of GM plant closures that hit Flint, Michigan in Michael Moore’s Roger & Me.

From then on, like Springsteen’s dad in one of his songs, Malik “walks these empty rooms looking for something to blame” while his wife takes on extra sewing and the kids get after-school jobs.

While Javed chafes at the strictures of Pakistani and Islamic traditions, he also respects his parents and the struggle they have waged on his behalf. The film communicates that sentiment through the Springsteen song “Independence Day”: “Papa now I know the things you wanted that you could not say. . . . I swear I never meant to take those things away.” And when Javed gets his first recognition as a published writer, it’s for a story about his community’s persecution by the National Front.

By the time you read this, the real Bruce Springsteen will have turned 70. He published his autobiography, Born to Run (Simon & Schuster), three years ago and then spent the next two years on Broadway performing a one-man show (now streaming on Netflix) that blends stories from the book with self-accompanied songs. Around that same time, plans for the production of Blinded by the Light were announced.

As he rolled toward his 70th birthday, Springsteen seemed to be putting a bow on the package of his life’s achievement.

Then, earlier this year, he popped out Western Stars, an ambitious new album of character-driven story songs on which he completely recasts his musical universe into a country-pop soundscape of shimmering strings and soaring pedal steel guitar. Then he announced that he’d written an album’s worth of songs for the E Street Band and that they would be recording and touring next year.

When the band hits the road again, Manzoor, now pushing 50, will probably be there. So will I, and so, no doubt, will some younger versions of us both, looking for their own way to stand up for themselves without leaving their people behind.