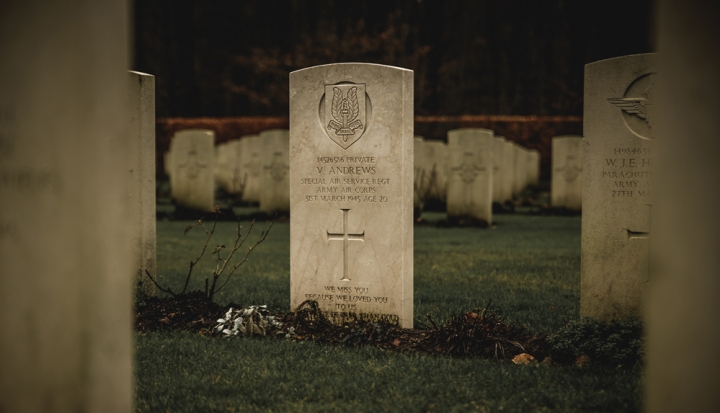 As we honor our dead in this month of all Souls—November 2, so you can mark it at home with your children—let me say that I think we are too afraid of death, and that this is not good for our kids or for us.

My son and daughter complain that my husband and I brought them to more wakes than any kid in town. They are probably right. We still live in the city of our birth, and people, as usual, tend to keep dying: friends’ parents, fellow parishioners, neighbors. This year it was our friends’ son, only in his 20s.

In Catholic Chicago, thank goodness, cremation and the weeks-later memorial service have not caught on much. Most often you still find a wake with the deceased present, and a funeral with tears and incense and songs, and eulogies that send a chill down your spine (and other eulogies that make you long for the olden days before there were eulogies at a funeral Mass). My parents’ wonderful old pastor, on his own, stood and recited William Butler Yeats’ “The Lake Isle of Innisfree” at my dad’s funeral: “I will arise and go now, and go to Innisfree . . .”

The most beautiful moments are wordless. A friend’s daughter bends over the casket, stroking her mother’s hair. A priest, with infinite tenderness and respect, incenses the body of my mother before she is carried from church for the last time. I stand in a sunlit cemetery, watching my son and my sister and my cousins carry my strong, 6-foot-2 bachelor uncle, a man who battled Hitler across Italy and France. They bear his body a long, long way across the grass to his grave.

I would not give one of these moments back. Not one tear. Not the worst moments that brimmed with anguish and loss, anger and bewilderment. Nor do I wish we had not brought our children to the wake of their young friend’s dad, or to support the fellow from the 5 p.m. Mass who lost both his parents within three months of each other, who was lucky to be standing upright in his grief.

For a while my daughter didn’t like to sit in the same room with the body, which was fine. Then she began asking why people were laughing and talking even though someone had died—that was fine, too, a recognition that the Irish wake is a many-sided social institution.

This past March we, along with seemingly half of Our Lady of Mercy’s parishioners, buried Maria, our family’s first friend in the parish. A bridge between the many cultures of our community, Maria taught us that parish secretary can be the most influential job in the parish when performed with true kindness and humor and wisdom.

At the cemetery the last words had been said and the flowers laid on the casket—normally the point when people flee to their cars, back to the reassuring rhythms of everyday life. But no one moves. The choir from the Spanish Mass begins to sing: “Resucitó!” (“He is risen”)—the anthem with which our parish always closes out the Easter vigil.

The gravediggers lower the casket into the grave and begin to shovel the dirt on top. “Death, where is your victory? Resucitó! Alleluia!” A truck pulls up with more dirt, backing up to the grave. Still they sing: “Die and live with him then, rise and sing our hymn: Alleluia!”

My friend Anabella, in the choir, turns aside for a moment to sob. My daughter leans on my husband’s shoulder in tears. On they sing, until the men with the shovels have finished their work. Then we turn and go home.

Am I glad my daughter was there? And Maria’s young grandchildren? You bet. Let us weep together for our loss. Let us stand with our sister, look death in the face, and sing “Alleluia!” If our faith does not mean this, what does it mean?

This article was originally published in the November 2011 issue of At Home with our Faith.