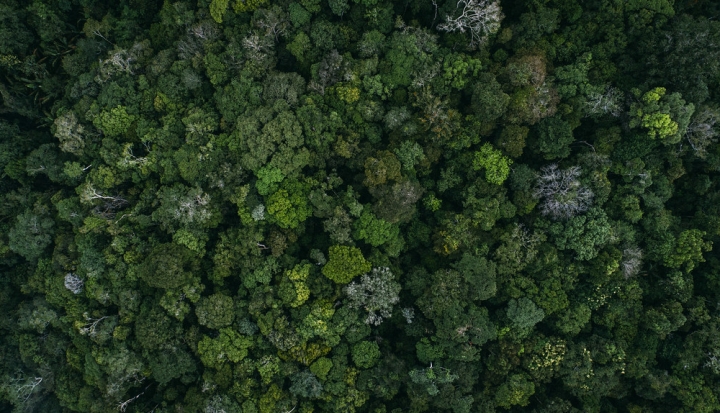 On October 15, 2017 Pope Francis announced that the Pan-Amazonian Synod would be taking place in Rome. The goal of the synod is to seek out new paths for evangelization, particularly in the area known as Amazonia, and shape “a Church with an Amazonian face,” according to the preparatory document for the synod published by the Vatican. The synod documents follow Pope Francis’ urging that care for creation necessarily includes care for the poor.

This seems particularly true in the rainforest. According to the preparatory document, the Amazon covers more than 7.5 million square kilometers and nine countries and is home to many who depend on its natural rhythms for their lives, both spiritual and physical.

The synod documents call on the church to pay greater attention to the ecological vision of those who live in the Amazon. “For the indigenous peoples of the Amazon Basin, the good life comes from living in communion with other people, with the world, with the creatures of their environment, and with the Creator,” states the preparatory document. The Catholic Church in Amazonia—and everywhere—is called upon to listen to the Amazonians, learn from them, and be evangelized by them, particularly regarding their relationship with creation.

The synod has two interlocking goals: to establish “new paths for evangelization” and, through these new paths, to create means and ways to care for the Amazon basin and learn better methods of doing so from the Amazonian peoples.

This may be one of the most important synods in our lifetime. If the plans made in this synod are successful not only will we see further evangelization within the Amazon region, but also important steps will be taken for learning to care for our common home. Both the poor of this world and the environment may find more hope and grace as a result of this synod.

The importance of connecting evangelization with how the peoples of the Amazon interact with creation reminds me of Samuel Taylor Coleridge’s famous poem “The Rime of the Ancient Mariner.” The poem ends with the injunction that “He prayeth best, who loveth best / All things both great and small.”

The first edition of the poem appeared in Lyrical Ballads, a collection of poems mostly by William Wordsworth, with four by Coleridge. The purpose of the collection was to awaken “the mind’s attention from the lethargy of custom, and [direct] it to the loveliness and the wonders of the world before us.” “The Rime of the Ancient Mariner” is a poem that can help us understand and contextualize the Pan-Amazonian Synod, giving us an imaginative approach to its evangelistic and ecological goals.

The documents of the synod—both the working document and the preparatory document—are careful not to fall into the worship of nature, a practice perhaps not foreign to those who live in the Amazon basin. Rather, what is routinely emphasized is that nature is created, that it has a creator, and that we are called to care for it.

Most importantly, as Pope Francis writes in Laudato Si’ (On Care for Our Common Home), we should not aim to simply care for creation because of what it can do for us. Pope Francis says, “It is not enough, however, to think of different species merely as potential ‘resources’ to be exploited, while overlooking the fact that they have value in themselves.”

Further, we are reminded that Christ has taken into himself all created reality, for humanity is a microcosm containing all of reality, and joined it to his divinity. This means that now, more than ever, can creation “declare the glory of the Lord.” But first we must come to terms with the hurt we have done to it.

It is fascinating that we are never told in Coleridge’s poem why the Mariner kills the albatross. The Mariner’s act feels in many ways like St. Augustine’s theft of the pears, an act done just for the sake of doing it, for the sake of its wrongness. What makes the Mariner’s sin more immediately sinful is that the bird is initially received as a guest: “As if it had been a Christian soul, / We hailed it in God’s name.”

The sailors are at first angry with the Mariner, not because he sinned against hospitality but because he “had killed the bird / That made the breeze to blow.” The poem tells us that the sailors are angry because the bird was a good luck charm. Then, however, the sailors change their mind. The breeze blows again, and they leave the “land of mist and snow” where they had first encountered the bird.

They now believe that the Mariner was right to kill the bird, because doing so brought them out into the sun again.

The poem makes clear that the sailors have now made themselves accomplices to the Mariner’s crime. A final change comes over the sailors when the wind stops blowing and they run out of water. In their dreams they understand that the tutelary spirit of the South Pole is plaguing them for the albatross’ death. At this point the bird is hung like a crucifix around the Mariner’s neck.

Here we see precisely the kind of utility of nature condemned by Pope Francis and the bishops of the Amazonian synod. The synod’s working document says, “A utilitarian mentality conceives nature as a mere resource and human beings as mere producers-consumers, obliterating the intrinsic value and the relational character of creatures.”

The sailors only care about the bird insofar as it affects them. They do not care about the bird itself. Its end is to serve or harm them. This is mere utility, and all are punished for it. And this is the fate the synod hopes to spare not just the peoples of the Amazon, who themselves can be seen in the albatross, but of the world.

For several centuries the narrative that creation exists primarily for its use has been ascendant. So if we safeguard it at all, it is only to use and abuse it later. We have moved from stewards and gardeners to pillagers and ravagers.

The Mariner’s killing of the albatross is not his only interaction with nature. After the ship encounters a ghostly vessel occupied by Death and the Nightmare Life-in-Death, all the sailors but the Mariner drop dead. As he floats on the boat alone, surrounded by the corpses of his companions, the Mariner looks out into the ocean. There he sees, “a thousand thousand slimy things.” He sees the ocean as rotting in the same way the deck is now decaying, covered in the dead.

Like many of us influenced by Enlightenment understandings of nature as being unconnected to the spiritual realm, the Mariner has lost the ability to see the creation around him, or at least to see it fully. Although the reason the Mariner has lost this kind of vision is not described in the poem, the preparatory document makes it clear that a “neo-extractivism” urged by corporations to remove as many of the resources from the Amazon as possible has fogged our eyes.

In the poem, however, the mediated light of the moon suddenly shines on the ocean, and everything is transfigured for the Mariner. The creatures go from “slimy things” to “water-snakes” that move “in tracks of shining white” surrounded by an “elfish light.” The Mariner goes on in this transfigured vision to declare:

“O happy living things! no tongue
Their beauty might declare:
A spring of love gushed from my heart,
And I blessed them unaware.”

The Mariner can pray again, and the albatross crucifix—the physical instantiation of his penance—falls from his neck. Likewise, the idea of the Pan-Amazonian Synod is that in listening to and caring for the peoples of the Amazon, we too can learn to see the deeper realities in and behind the created world. We can learn to read the symbols of the book of nature.

More happens in the poem, and the role of the spirits haven’t been explored here, but I want to turn now to the poem’s end. The Mariner has finished his tale and declares what form his penance takes:

“Since then, at an uncertain hour,
That agony returns:
And till my ghastly tale is told,
This heart within me burns.”

He travels from land to land, and when he sees someone who needs to hear his tale he stops and compels them, not through violence but from a mystical look in his eye, to listen:

“He prayeth well, who loveth well

Both man and bird and beast.
He prayeth best, who loveth best
All things both great and small;
For the dear God who loveth us,
He made and loveth all.”

“The Rime of the Ancient Mariner” is a powerful lesson to spread filial love for all of creation. Prayer here is equated with loving what God has created (“All things both great and small”), not for what they might do for us but precisely because God loves them and made them.

This is also the message of the Pan-Amazonian Synod and of Laudato Si’. In the encyclical Pope Francis writes, “Respect must also be shown for the various cultural riches of different peoples, their art and poetry, their interior life and spirituality. If we are truly concerned to develop an ecology capable of remedying the damage we have done, no branch of the sciences and no form of wisdom can be left out . . .” Francis also notes the role religious language must play, essentially setting up why a theology of creation or the environment is valid in these normally “hard science” conversations about the ecological crisis.