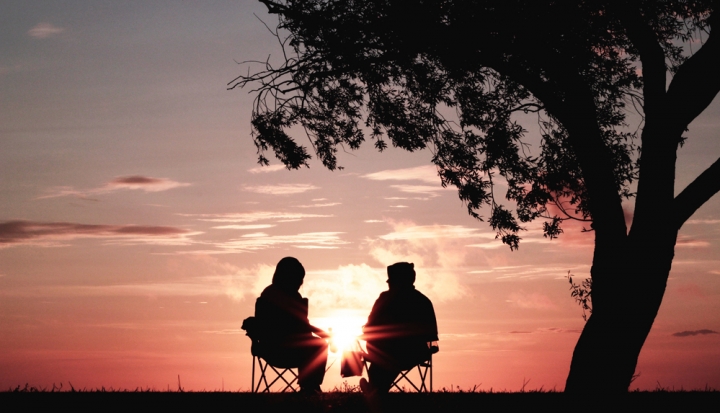 When Lisa Marie, now in her 40s, was a teenager, she began to experience doubts about God. Raised in a faithful, churchgoing Catholic family and attending a Catholic high school, Lisa Marie found these doubts unsettling. “I wasn’t sure if all this I was learning about God was real,” she explains. “So I asked God to give me faith the size of a mustard seed. I basically prayed that God would give me the faith that I didn’t have.”

The result, Lisa Marie says, was a profound experience of conversion. She began to feel God’s presence as she never had before. Her prayer life took on a new meaning and became a focus. Now married and a mother to Josh, 13, and Eliana, 7, Lisa Marie leans on her own personal experience with feeling doubtful when she talks to others about matters of faith. “I feel so passionately that all you need to do if you want faith is to ask for it—be open to it. God will do the rest,” she says.

Many of us may feel unqualified to counsel anyone about their faith. It’s an easy topic to avoid—those feeling doubt may not want to admit their questions. People with strong faith may be afraid of coming off as spiritually arrogant when speaking to someone who is struggling.

Maureen, mother of five, has found that the best way to counsel the doubtful is to speak from a place of experience. When Maureen’s best friend’s formerly lucrative small business was facing bankruptcy, her friend became overwhelmed with the filing process and the toll it was taking on her marriage.

“My friend called me in tears and said she felt God had abandoned her, that she could not feel his presence at all. Even though the bankruptcy was not my friend’s fault, she felt so ashamed,” Maureen says. Maureen took a deep breath and began to speak to her friend. “I tried to reassure her that it is normal to have ‘dry spells’ in our faith lives where we lose sight of God and rely on our own devices rather than trust him in all things,” she says. “I believe God allows us these times because, as we work through them, pray through them, our faith comes up stronger on the other side.”

Sometimes counseling friends with doubts can be easier than talking with our kids about their faith questions. Children may be afraid of disappointing parents and may keep their doubts hidden, even as they attend church with the family or participate in religious education classes.

The danger here is that children can become accustomed to linking religion with the experience of feigning belief. Rather than risk diving deep and asking parents questions about faith, these children choose to coast on the surface of organized religion and often drift away from the church once they are young adults.

“When my older son was 14, I didn’t wait for him to express doubts. I assumed he had doubts, because who among us hasn’t?” says Francis, father of four. “I took a conversational approach where I asked him what he believed, what he didn’t believe, and what he wanted to believe but wasn’t sure about. I really listened to him, and I tried to make it safe for him to express his doubts. I shared my own experience of both times of doubting and times of really strong faith.”

Francis said that his son appreciated hearing of Francis’ own struggles with faith. Francis said he didn’t try to tell his son why he should believe something, but instead thanked him for being open about his questions.

He said he also focused on faith itself, rather than what his son did or didn’t like about the experience of going to Mass. “I think then, later on, when I told him more about God’s movement in my life and how my faith developed, he was more open to listening, because I had told him also about times that I felt really confused and far from faith.”

This article was originally published in the December 2013 issue of At Home with our Faith.