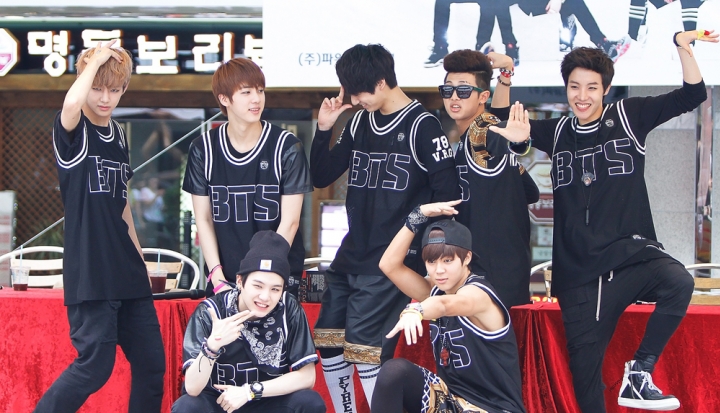 By and large, I am not a fan of pop music. Hip-hop, soul, blues, and grunge rock are more my style. But there I was on a cold and rainy Sunday night in May at a concert with tens of thousands of screaming, dancing fans in Chicago. I was accompanying my wife and sons to a performance by perhaps the most popular band on the planet right now: the K-pop boy band BTS. The concert was part of their “Love Yourself: Speak Yourself” tour, and both nights in Chicago were sold out.

Although the majority of the crowd skewed young and female, the robust representation of fans across racial and ethnic boundaries and the age spectrum, as well as the large proportion of boys and men in attendance, was nothing short of a small miracle. Especially in Chicago, one of the most segregated cities in the United States and a place where questions of racial equity and cultural identity always loom large.

I noticed this diversity immediately. As soon as we stepped off the train at Soldier Field, an African American grandmother with her grandkids proudly told us this was their second night there. My family and I walked among multigenerational families who were African American, Hispanic, Asian American, Caucasian, and everything in between.

Something unusual was going on here, something life-giving to a lot of people. Something akin to what the Second Vatican Council called a “sign of the times.” In a very particular way, BTS is showing a “sign” to anyone willing to listen: Young people must learn to love and value themselves.

Imagine the freshness and songcraft of the Beatles cross-pollinated with the immense talent, imagination, and disciplined performing chops of Michael Jackson and you have a rough approximation of why BTS is so popular around the globe.

BTS’ members were recruited from all over South Korea and developed into a band by the K-pop industry in Seoul. Their name stands for Bangtan Sonyeondan, which roughly translates to “Bullet-Proof Boyscouts.”

These seven young men—three rappers, four singers, all of whom can dance exceptionally well—show physical affection for one another, feed one another (a very Korean thing to do), and publicly care for one another’s needs. They are comfortable with displaying a vulnerable and affectionate masculinity—this is part of their global appeal.

Moreover, BTS’ members have spoken in front of the United Nations about the challenges facing young people and have raised $2 million to help the UN combat violence against children and youth as part of the band’s “Love Myself” campaign.

BTS’ songs are a collage of genres. Although some of their lyrics hit the usual tropes of adolescent love and longing, more frequently their lyrics focus on social commentary and the challenge of self-love. Take, for example, BTS’ song “Answer: Love Myself,” which crystallizes the theme of their tour. The lyrics are, not surprisingly, in Korean, except for two lines in English in the chorus, sung in passionate falsetto by two of the strongest vocalists in the band, Jin and Jungkook.

These lyrics are not mere feel-good fluff but rather a demanding realization after an internal battle. The construction of the soundscape, the placement of the song at the end of an album, and the rapping and singing that builds to this chorus all show that this statement is hard-won.

Yet this realization of self-love and intrinsic value is not even a guaranteed victory. The realization itself is fleeting and constantly has to be nurtured and protected lest it be lost. BTS suggest that learning to truly love oneself is a grueling pursuit that is almost a spiritual discipline.

The lyrics are remarkable for their artistry and honest message about the messiness and struggles involved in learning to value oneself. I think this is somewhat similar to what Catholics call the struggle to embrace the intrinsic, infinite worth of being a human person made in God’s own image. As the psalmist writes:

“O Lord, you have searched me and known me . . .
For it was you who formed my inward parts;
you knit me together in my mother’s womb.
I praise you, for I am fearfully and wonderfully made . . .
My frame was not hidden from you,
when I was being made in secret,
intricately woven in the depths of the earth.
Your eyes beheld my unformed substance.
In your book were written
all the days that were formed for me,
when none of them as yet existed.” (Psalm 139: 1, 13–16)

The lyrics and insights of BTS and the psalmist are not identical, but they show uncanny similarities. Both BTS and the psalmist examine a person’s struggle to realize one’s intrinsic worth. Both are comfortable with the messiness and vulnerability of being authentically human in the quest for love, value, and validation.

This call also is echoed by Pope Francis in his recent message to youth. In Christus vivit he writes, “Each young person’s heart should thus be considered ‘holy ground,’ a bearer of seeds of divine life, before which we must ‘take off our shoes’ in order to draw near and enter more deeply into the Mystery.” From the pontiff to the psalmist to BTS, all agree that learning to value oneself is in need of special attention, especially among youth.

As a teacher, I can attest that young people often carry a deep insecurity that can easily morph into a profound sense of worthlessness. This sense can pervade the souls of so many youth as they absorb messages designed to make them feel not worthy enough: that they are too fat, skinny, ugly, shy, sensitive, chaste, dark-skinned, light-skinned, etc. This insecurity causes young people to turn to consumerism and social media to gain validation, which often only results in bullying and a sense of worthlessness.

Young people desperately seek love and validation. Actually, everyone seeks these things, but the young often feel it most fervently. I think this need is one of the reasons why BTS has such a strong, devoted global following, be they their “army” of young fans or parents and grandparents.

As young artists and performers, BTS “gets it.” Through their artistry, they speak sacramentally to the lives of thousands of girls and boys, women and men, in a way the church is not able to do. Using the language of pop music, they speak words of life and value into hearts and souls that often feel undervalued. They empower their fans through music, performance, and service.

Pop music and pop culture are always changing, and young people themselves are notoriously fickle. They move from one trend to another, trying on various identities in the process. So highlighting a phenomenon like BTS as a “sign of the times” is risky at best and irresponsible at worst.

But I think the risk is worth it. As the great Dominican theologian Edward Schillebeeckx writes, “For the signs of the times do not speak, we must cause them to do so.” In other words, people of faith must pay attention and point to what is already going on in the world for that which the human spirit is longing and through which God’s spirit may be moving.

I want to cajole Catholics, as well as people of all Christian persuasions and spiritual traditions, to pay attention to this international sign of the times. Even if it is imperfect and fleeting.

Several months before the concert, when my wife and sons paid constant attention to BTS and I did not, my family was in a K-pop store in Chicago’s Chinatown. There, we noticed a number of Hispanic teenage girls with their relatives—and their bewildered-looking father—having a blast perusing all of the BTS merchandise. In a few minutes, a small group of African American youth popped their heads in followed by a group of Caucasian and Asian American youth.

In segregated, racialized Chicago, this was a welcome surprise. This store, these artists, and this space were common ground and shared space. A Korean American woman, her white German Irish husband, and our biracial children found common space and common ground with others around this Korean boy band, BTS.

Unexpected? Definitely. A small miracle? Perhaps. A sign of the times? Why not. 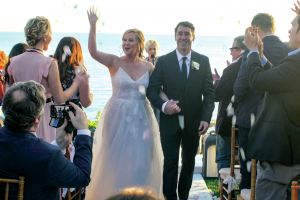