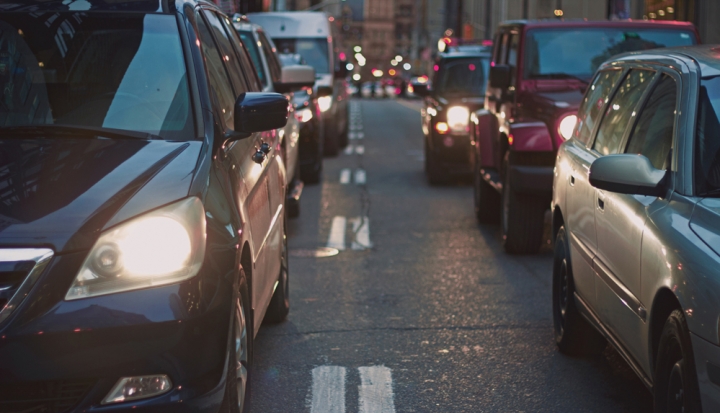 On Ash Wednesday we are told to “remember that you are dust and unto dust you shall return.” It can be a bleak message and may be why some churches have opted to thumb ashes onto foreheads with a challenge to “turn away from sin and be faithful to the gospel.” But there is a challenge, albeit an implicit one, in “ashes to ashes, dust to dust”: How are we spending our brief time as not-dust? For me this has taken on a special urgency given the increasingly dire warnings about the ill effects of climate change and our vanishing ability to keep these effects at bay. When extreme droughts and catastrophic wildfires are turning parts of the world to ash, what do the ashes on my forehead call me to do?

As Lent approached this past year, I made a mental inventory of the actions my family takes to protect the world around us. We keep the air-conditioning and heat off during the day, only turning them on once everyone is home. For most of the year we get produce from a community-supported farm, meaning our lettuce and carrots travel across Chicago rather than across international borders before reaching our table. Not big carnivores to begin with, our meat consumption has been whittled down to the occasional hot dog or sausage on the grill. After learning it takes centuries for conventional diapers to break down in a landfill, we switched to biodegradable ones. Still, there is always more we can do.

I decided to give up driving for Lent.

This Lenten sacrifice would require some planning ahead for errands and kids’ activities, but given the amount of walking and public transit use already built into our lives, I figured these would be minor tweaks. My husband takes the train to work. My daughter rides a school bus. On the one afternoon each week when she stays late for homework club, plopping my 2-year-old in his stroller and walking to meet her is not a big deal.

We are very fortunate in terms of access to transit. In our county, about half a million people live in what the Center for Neighborhood Technology designates as a transit desert. These are areas where residents have to walk over a half mile to a train or a quarter mile to a bus that runs at least every 15 minutes. I live within walking distance of four bus lines and a commuter train. The YMCA, a couple of branch libraries, and a few playgrounds are all a reasonable walk or bus ride away. Grocery shopping would be challenging. I couldn’t get anything too heavy, since I would have to carry everything home on the bus, but our two heaviest staples, diapers and cat litter, already come to our house on a subscription basis. I had a plan. I was set.

Things got off to a rough start. On Ash Wednesday I had planned to walk to pick up my daughter from school, but I was running late and ended up driving instead. The beginning of Lent in Chicago was wet and freezing cold. Rather than stay in or get soaked waiting for the bus, my son and I drove to the YMCA and the library.

More surprising to me, there were times I loathed walking. The gym is barely a five-minute drive from my house, but I had never realized that time in the car—warm, dry, and listening to the radio—was unexpectedly integral to starting my day.

The whole point of this Lenten abstention was to sacrifice my personal convenience for the good of the environment. Getting up in the dark to walk to the gym in single-digit temperatures made me tired and cranky. Thinking about what a wimp I was being made me even crankier.

While I failed to cut out driving completely, I drove much less. This development delighted my son. While my mind was on the logistics of how to get from point A to point B most efficiently without a car, he marveled at everything around him. More walking meant more squirrels to spot and dogs to greet. Bus and train rides were an opportunity to make new friends, all of whom received a chirpy “Goodbye! I love you!” when they reached their destinations. As long as he was bundled up, he was thoroughly unbothered by the cold, and when we got home he often refused to come inside without first reviewing every puddle and downspout.

There were plenty of benefits to not driving. Walking is free. Being on foot completely eliminated the temptation to hit up the drive-thru for a quick snack. Buying only what I could carry home on the bus meant I had to limit my food purchases to what was essential and avoid the extra package of cookies or chips or beer. Despite our rocky start, strolling once a week to meet my daughter at her school became the norm, along with a stop at the park on the way home. My kids played while I read. Once we got home, their afternoon of nonstop play usually necessitated a bath, but these park trips both wore them out and put them in such a good mood that they were too goofily tired to protest.

Individual actions rooted in the reduce, reuse, recycle ethos that we have learned since elementary school will likely do little to slow climate change. I know it is grievously naive to presume my actions make a difference in keeping an impending climate catastrophe at bay. Every serious consideration of how to slow climate change and ameliorate its worst effects on human life concludes that the most effective solutions will require the massive mobilization of government resources and widespread changes in nearly every aspect of life.

According to the Environmental Protection Agency, transportation accounts for about 29 percent of greenhouse gas emissions in the United States each year, adding about 1.87 billion metric tons of carbon dioxide to the atmosphere. The average car is responsible for only 4.6 metric tons of carbon dioxide annually. Giving up driving for the rest of my life is less than a drop in the bucket. Meanwhile, lobbying for systemic solutions like passing a progressive carbon tax, which would charge those most responsible for carbon dioxide emissions at a higher rate per metric ton, and then using the revenue to expand mass transit can be discouragingly complex.

An understandable reaction to this rather bleak future is denial. Not denial that climate change is happening, but denial that its consequences will catch up to me and the people I know and care about. But crossing my fingers and hoping that the worst will happen long after I’m gone is morally inadequate. For many people the worst is already here—and it is a direct result of actions that I and the people around me take. According to the Union of Concerned Scientists, the United States is responsible for about 15 percent of global carbon emissions annually, while Bangladesh is responsible for about 0.3 percent. Still, climate change, something Bangladeshis barely contribute to, could displace as many as 50 million of them by the end of this century as rising sea levels overtake the country’s most arable farmland.

Learning to drive less became easier when I slowly and imperfectly began to recognize it was not an act of climate penance but an act of climate reconciliation. In their 2009 pastoral reflection The Cry of the Earth, the Irish Catholic Bishops’ Conference wrote, “Every action taken in favour of a just and more sustainable environment, no matter how small, has an intrinsic value. Action at a global level, as well as every individual action which contributes to integral human development and global solidarity, helps to construct . . . a better world.” Living in the United States at the beginning of the 21st century has a high environmental cost. Realizing that cost is borne by everyone, often by those who can least afford to bear it, and taking every action we can to lower that cost is an act of loving our neighbor, whether that neighbor is a farmer on the other side of the globe, a commuter across town, or two muddy children walking home from the park.